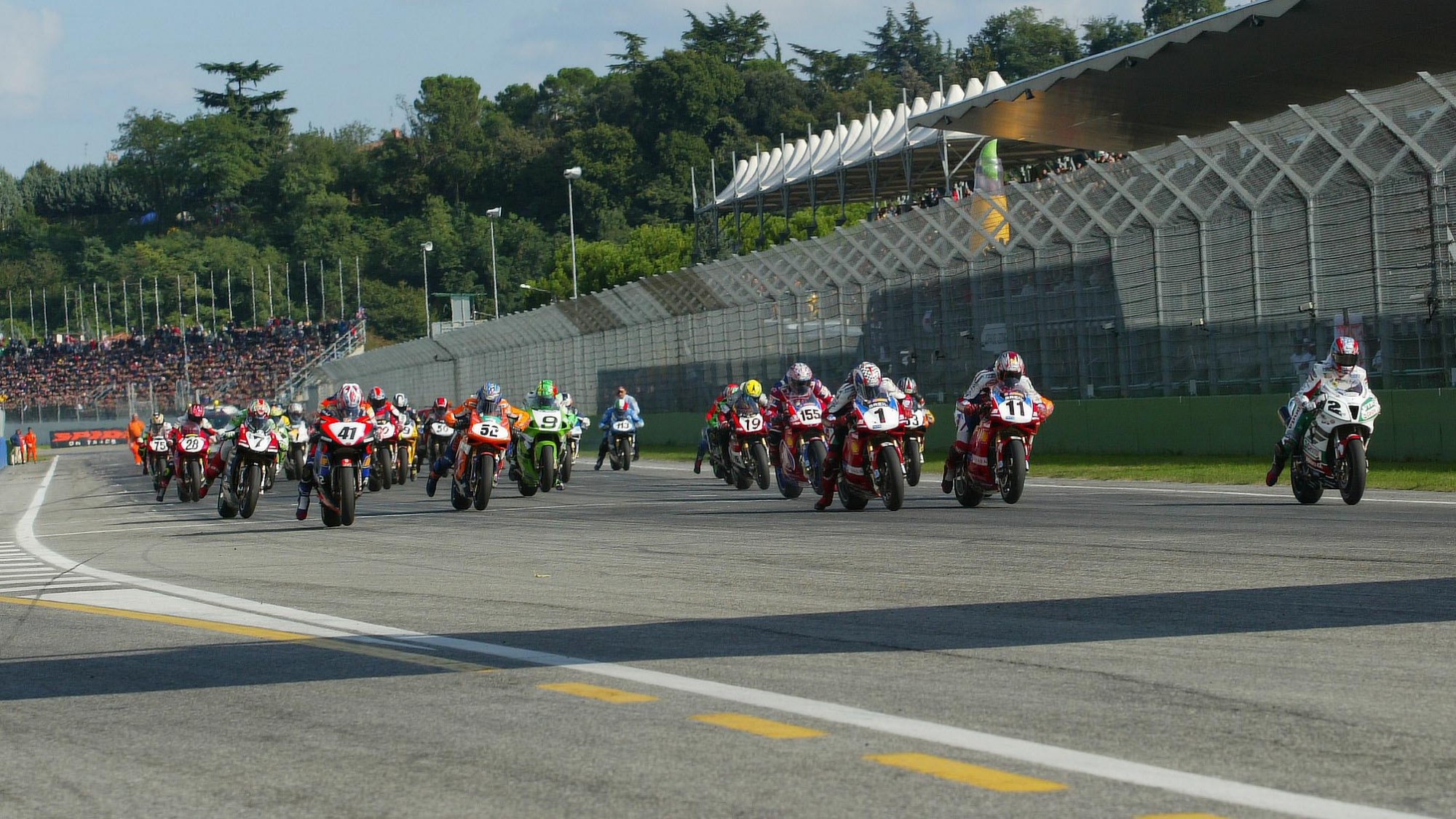 Take a blast into the past with our WorldSBK riders

Our starts of the MOTUL FIM Superbike World Championship are not only riders, but they are also fans of racing and like all of us have a memory which sticks in their mind of the first time they got caught by the WorldSBK bug. Varying in age, they offer different highlights of their childhood and riders who are still their heroes today, even after growing into heroes themselves. Read their thoughts on these iconic races, and then watch them back yourself with the links above and begin to understand where the WorldSBK passion was born.

“My first memory would be Colin Edwards and Troy Bayliss, at Imola in 2002. Before that I remember Carl Fogarty winning Brands Hatch in front of 100’s of thousands of fans, I was watching that on TV, but the most vivid memory was the last lap battle between Bayliss and Edwards.”

“Back in the old days at Brands Hatch, I remember going to watch when Carl Fogarty was racing in front of thousands of people, as they lined the banks from the exit of Clearways, around Paddock Hill and up towards Druids. That was about 20 years ago now but that’s my great WorldSBK memory that I remember.”

“I’d have to say in the Superbike class leading my first ever race on the first ever lap. But as for watching races, you’ve got to go back a long way. My first memories of really being into WorldSBK is when Colin and Troy were fighting hammer and tongue on track, and I was about 14. Of-course I remember Fogarty when he was dominating, but what really made an impression on me was when Colin and Troy battled to that last race – I think Colin won the last nine races – that really sticks in my mind.”

“The first race I saw of WorldSBK was at Valencia in 2000. I was in the grandstand and it was Fabien Foret fighting for the win and everybody was shouting ‘Foret, Foret’ – which sounds so similar to my name! And then there was Pere Riba in the World Supersport class, whilst in SBK® there was Troy Corser and Noriuyki Haga. I have a lot of good memories there, it was my first ever race I ever went to go and watch. And what makes it even nicer is that some of these riders are now my friends here in the paddock.”

“It wasn’t on track, but I remember Frankie Chili in a dressing gown, about 1998 at Assen, but I’ve probably got memories before that! It’s tough to place dates to the things I remember watching, but there’s obviously Foggy on a Honda in the nineties, but the first memories would have been Foggy winning races in 1995. I went to Brands Hatch in 1997, that was the first time I went to a race and I remember stuck in traffic on the way out, that was the low light of that trip but it was worth it, it was incredible.”

“I just remember Troy Bayliss smoking everyone, there is no year or no certain race but when I think of watching WorldSBK when I was younger, it’s just Troy Bayliss, he was my hero out on track.”

Watch some of the stunning races our WorldSBK riders have recalled with the WorldSBK VideoPass and get excited to see them back out on track in just over two weeks time, for Round Two in Thailand.