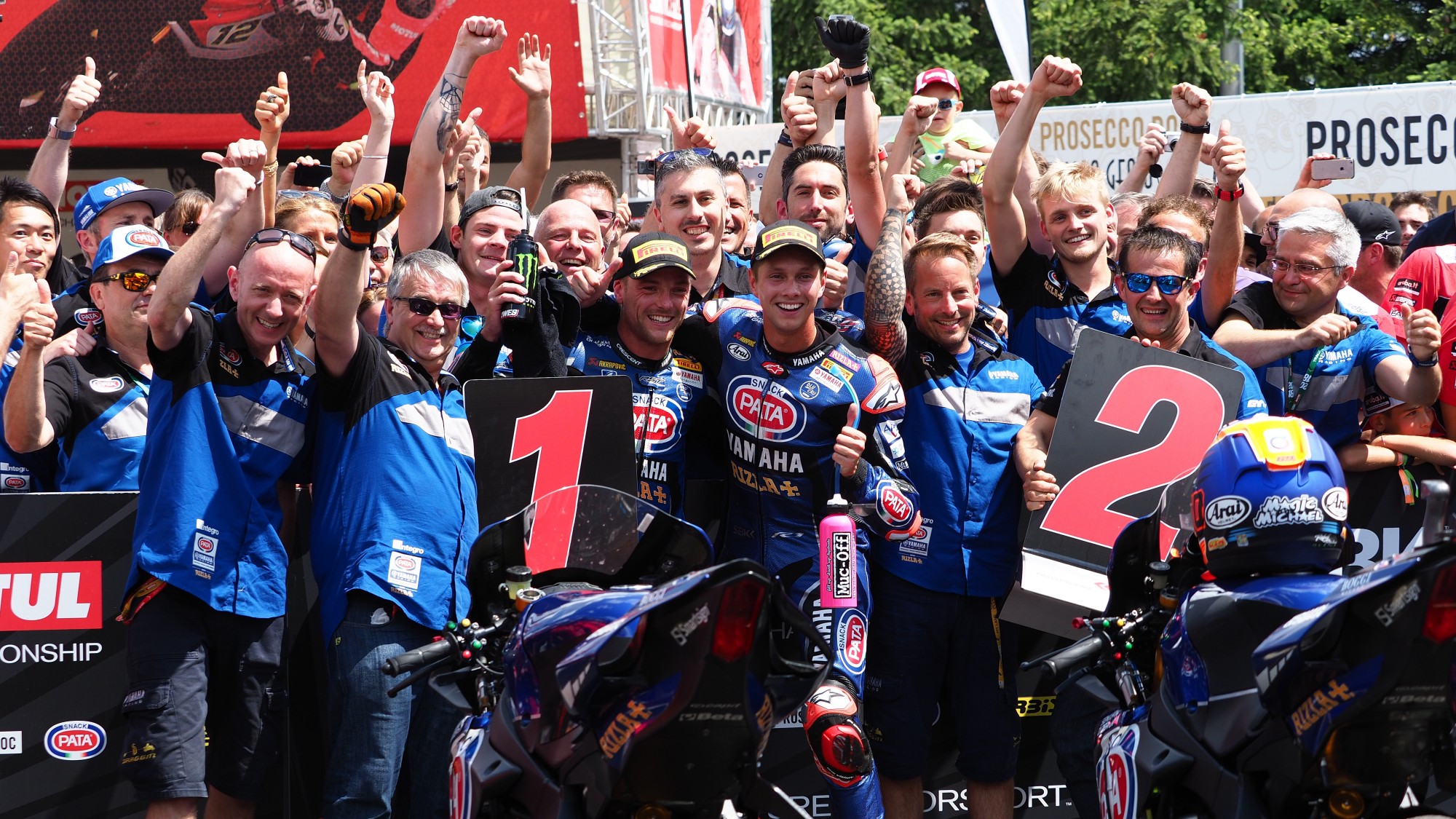 Dutch and British sensations to remain blue next season

As the MOTUL FIM Superbike World Championship continues into their summer break, Yamaha Motor Europe are delighted to announce the Pata Yamaha Official WorldSBK Team are heading into 2019 with the same rider line-up of Michael van der Mark and Alex Lowes.

Both race winners in 2018, the duo will head into their third season as team-mates as the progress of the Crescent Racing team goes from strength to strength. For van der Mark, the decision was an easy one, as the 25 year old will now be racing with Yamaha for a third successive season. Taking his first win in spectacular style around Donington Park this season, which was then converted into a double, the Dutchman has taken seven podiums this season and sits in a comfortable third position in the championship standings. Heading into his third season with Yamaha, he will have his eyes on an even bigger prize.

Van der Mark explains: "I am really happy to have signed for a third season with Yamaha. I trust in this project, Yamaha believes in me as a rider and this makes for a strong combination. While we're still working to improve, it is clear that we have made significant progress, to the point where we're now winning races and fighting at the front every weekend.  I am looking forward to continuing this trend and making the next step forward as we work towards our main goal of fighting for the World Championship title together."

Whilst for Alex Lowes, his debut victory came one round later around Automotodrom Brno in a stunningly dominant race two performance. On top of this, he has achieved three podium finishes and sits in joint fifth in the championship standings so far in 2018. The British rider has been with the Crescent squad since 2014 and made the step to Yamaha with them, meaning he is a clear choice to continue with the team as the development goes from strength to strength. Now he has been able to show what their package is capable of, and the British rider will look at impressing into 2019.

Lowes adds: "I am really happy to continue as a part of Yamaha's World Superbike project, having been involved since they returned to the series in 2016. Since then we've been through a lot together; some ups, some downs, but we're definitely on an upward trajectory now. It was great to get my first race win this season but, of course, this success just means we expect more every weekend. I believe so much in this project, my ambition has always been to see it through to a World Championship title and I don't think that's unrealistic given the progress we've made. I have never enjoyed racing as much as I do with this team and I will continue to give it my all to get to where Yamaha needs to be. Massive thanks to Eric de Seynes, Andrea Dosoli and Paolo Pavesio at Yamaha and to Paul Denning from the team for believing in me."

Follow the pair’s progress throughout the rest of the season, or enjoy their debut victories with the WorldSBK VideoPass. 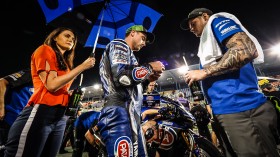 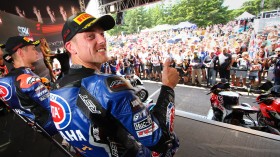 British race winner explains his thoughts on staying with Yamaha 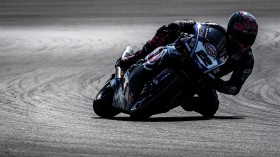