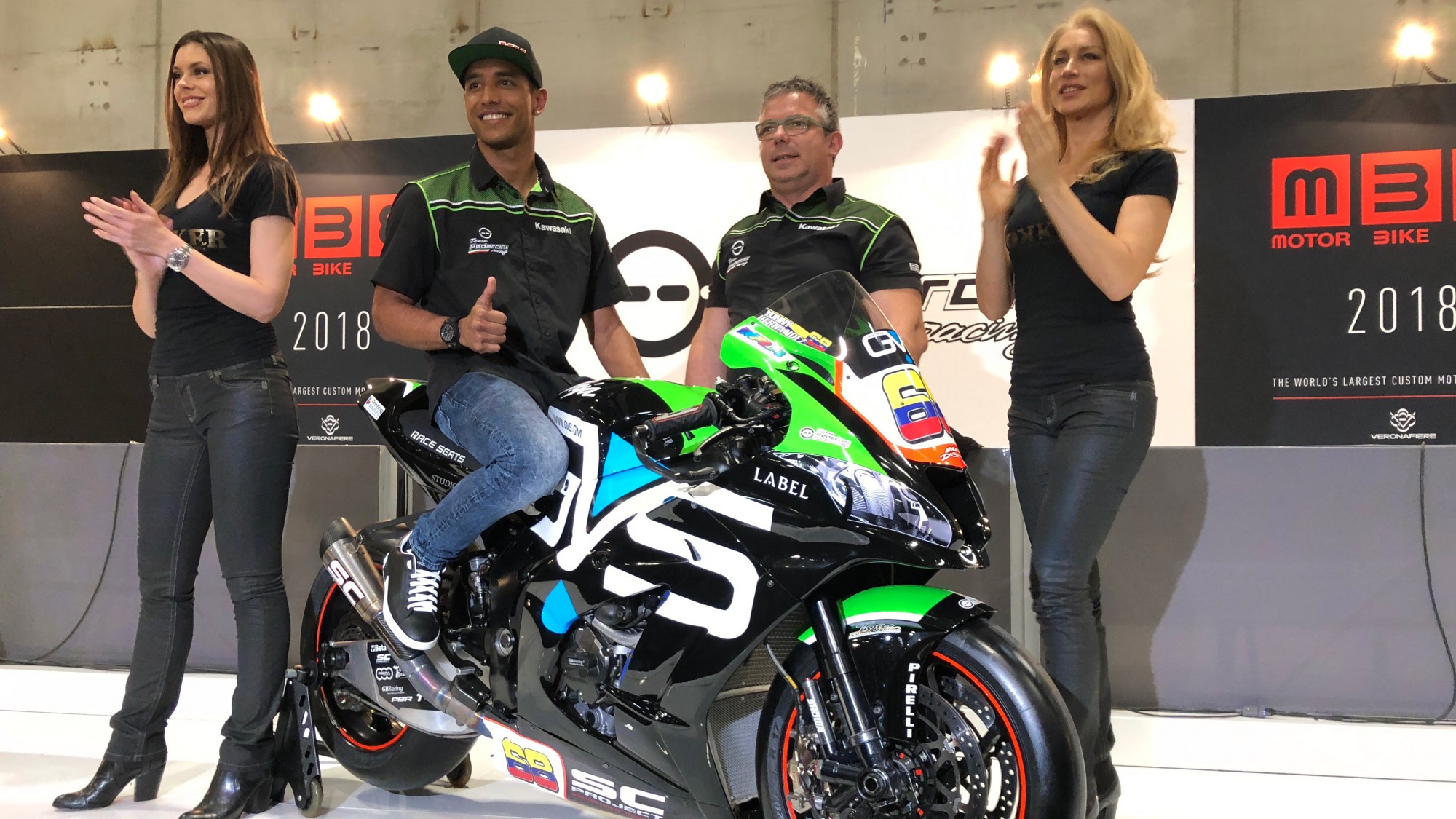 Ahead of the first test of 2018, which will see Yonny Hernandez take on the Team Pedercini Racing Kawasaki for the second time next week, the Motorbike Expo in Verona (Italy) hosted the unveiling of the team’s new colours and rider, set to take the MOTUL FIM Superbike World Championship by storm.

Remaining with the famous green and black colours, the Columbian’s signature no.68 adorns the front of the machine, which with the new regulations for 2018 hopes to be a solid top ten fighter. Looking forward to getting the new season underway, the team are looking forward to establishing a strong relationship with Hernandez and taking some strong steps throughout the season.

Hernandez is delighted to get his new venture underway: "I am happy to have arrived in the World Superbike Championship with a very strong bike. I know that the championship is hard fought and that with the new regulations the gaps have been reduced, so it will be important for me to understand the bike as soon as possible. I've already had a test with the team, and I think we can do a great job in the coming season."

Lucio Pedercini, Team Manager added: "I am very happy with the contract that will see us working with Yonny Hernandez, who we tested with at Jerez De La Frontera at the end of last season. He is a very strong rider, he has a talent that is still to be discovered, and I believe that when he begins to understand the bike, he will be very competitive. I am very confident about this and I think that with this bike/rider package we will be a tough one to beat."

Keep up with how Team Pedercini Racing get on at the first test of the calendar year, at Circuito de Jerez all with the WorldSBK VideoPass, before the season gets underway from 23rd – 25th February around Phillip Island Grand Prix Circuit in Australia.