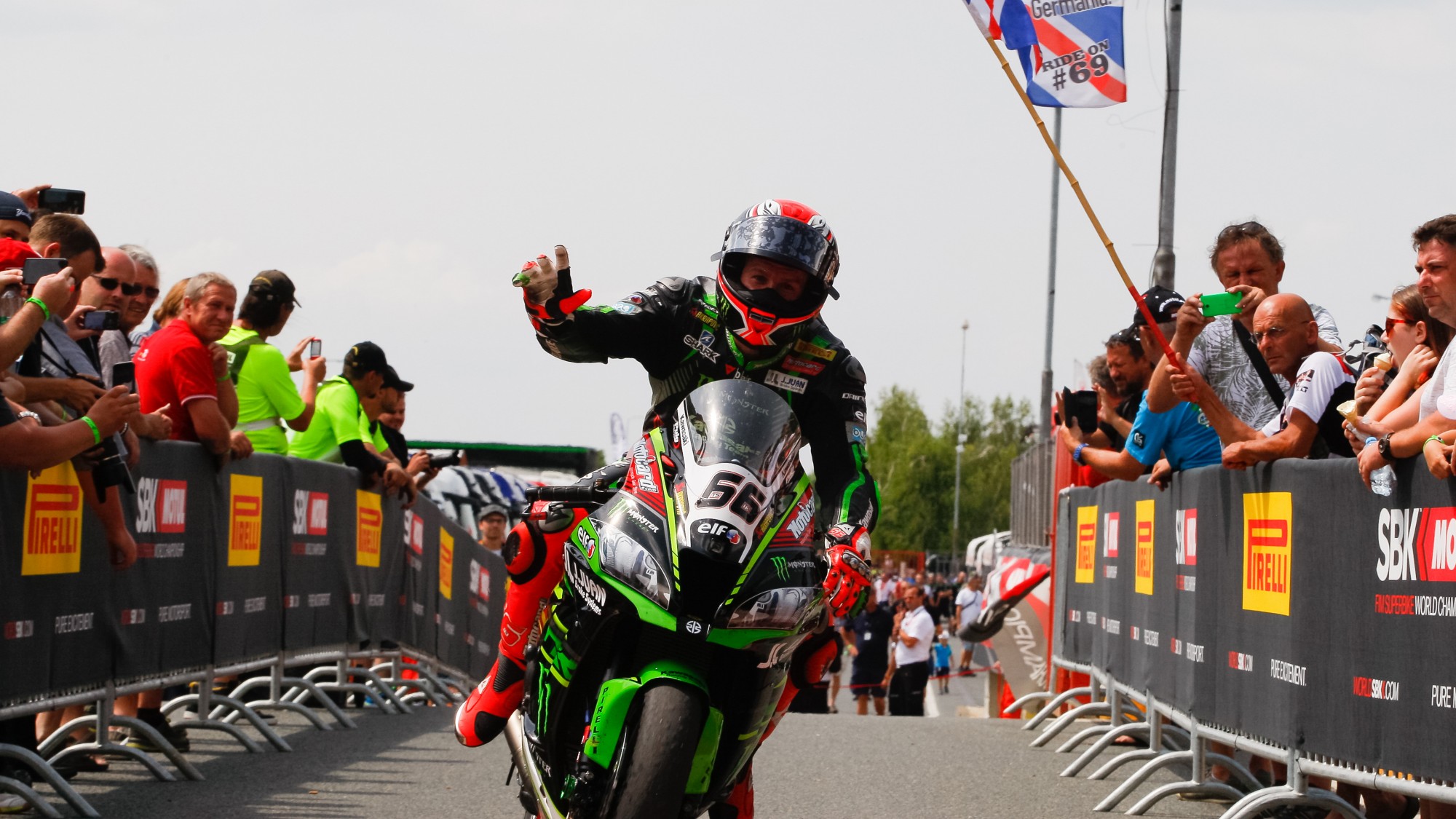 British rider set to compete in his final races for KRT

With a nine year relationship coming to an end, Tom Sykes will part ways with Kawasaki at the end of the 2018 season, as Kawasaki Racing Team WorldSBK announce his departure from the team.

Signing with the Japanese manufacturer back in 2010, Sykes spent a season learning and developing the ZX-10R, securing his debut pole position around Imola and finishing in 14th position overall. Making bigger steps with the Provec squad into 2011, his first victory came around the Nurburgring, but it was the 2012 season that ignited his Kawasaki career.

With 13 podiums, four victories and nine pole positions in just one year, the Yorkshire grinner had well and truly arrived on the Ninja machine and was a championship contender – finally securing the crown in 2013. Sticking with the team right until the end of 2018, the 32 year old has racked up 34 wins, 106 podiums and a record breaking 46 pole positions so far.

Signing off with KRT at the end of this season as he is set for new challenges, Sykes has explained: “I feel the time has arrived; the moment to make a change in my career and seek new challenges. Having the motivation to push to your limits and that of your machine is all the more important when you look for the victory at every race and I feel I have given all I can within KRT. I am now the best rider I have ever been, and I have the experience and performance to keep winning.”

“So now I have decided to make a step away from the KRT project for 2019 and look for new goals and challenges,” continues Sykes. “I will now concentrate to finish on the podium for the last four rounds of 2018. I am determined to enjoy my racing and making this announcement effectively ends all speculation. The timing of this big career decision is never easy but it is especially difficult as my personal life also faces big changes. Regarding this I feel the weight of pressure has been slightly lifted from my shoulders and I am sure 2019 will allow me to operate at full capacity”.

Enjoy some of the classic races Sykes has taken on in green, or watch as he is set to take on his last four races with the team all on the WorldSBK VideoPass.