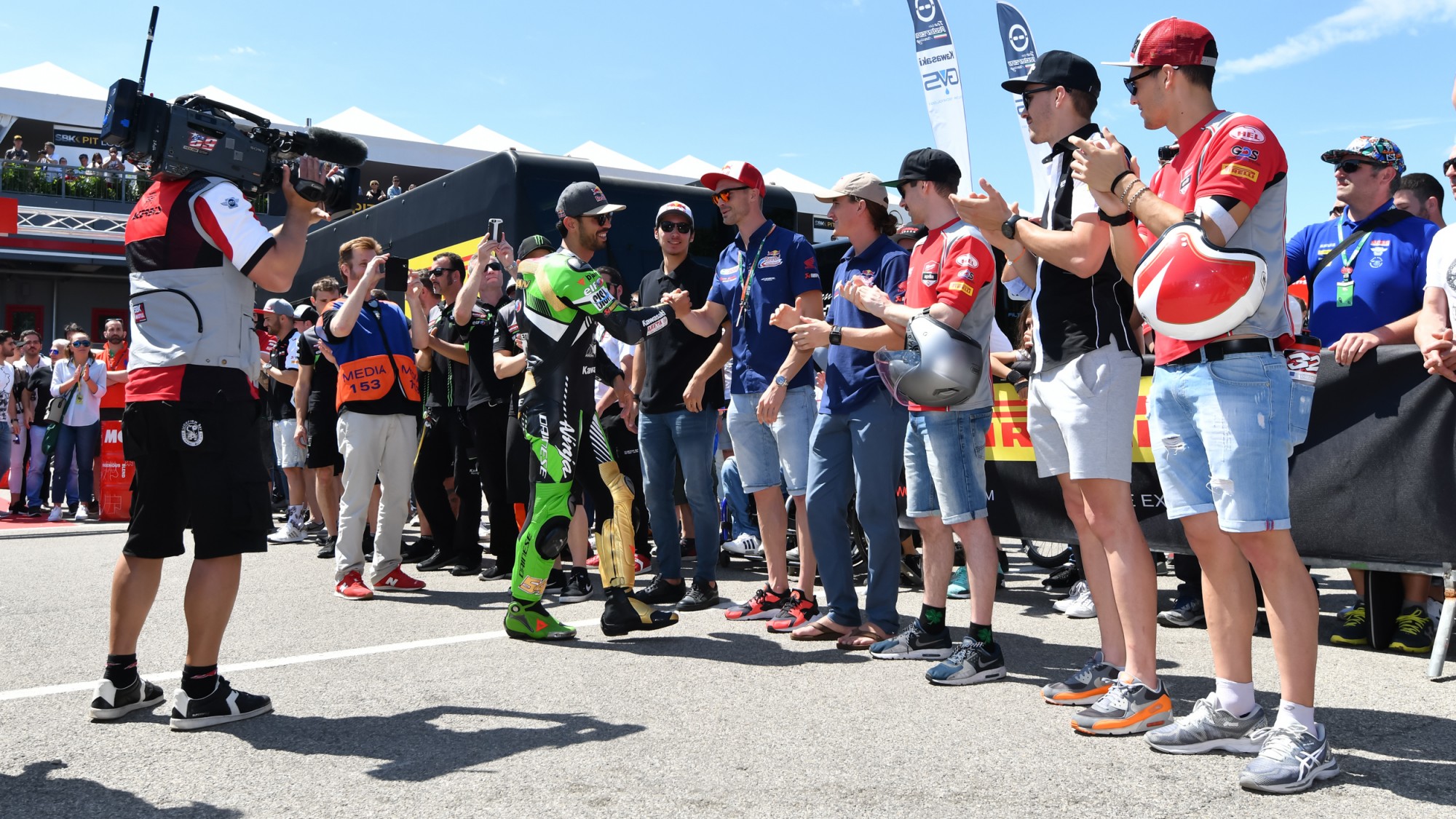 It was a weekend to remember in Italy for Kenan Sofuoglu (Kawasaki Puccetti Racing) as he said goodbye to his racing career at the Pata Italian Round, with the MOTUL FIM Superbike World Championship providing a send off the five time world champion deserved. Deciding not to take part in the race, Sofuoglu happily heads off into a new chapter of his career.

Qualifying on the front row ahead of the final race of his illustrious career, the 33 year old decided to pull into the pit lane after one final sighting lap on his ZX-6R. Explaining he made a promise to his mother, Sofuoglu was able to sign off from his career with his head held high. Heading to Parc Ferme for one final time in his leathers, he was met by his fellow rivals and competitors – surrounded by applause as the paddock honored the champion.

“I have to say a big thanks to everyone,” began an emotional Sofuoglu. “Thanks to Dorna, to Kawasaki Puccetti Racing, the Italian crowds, and to everyone in the paddock because they put together a great goodbye for me. It was nice to be on the bike yesterday and today, but my reason for not starting the race was as a gift for my mother on Mother’s Day.”

Looking back over a career spanning across 20 years, it’s hard to pick a best moment for Sofuoglu as he holds each race start and win with pride. But when asked about his favourite title to win, there is one that stands out for him: “The best title for me to win was in 2015 because it was a hard season for me. My baby had an illness which meant I was living in the hospital, when I came to the race I left my baby in intensive care to come to race. It was a very hard year and to win the championship was the best. Always in life if you win the hard ones it’s more special, and this was a special one for me.”

Fans can be reassured this isn’t the last we will see of the race winner however, as his next steps will be coaching and mentoring the young Turkish riders. With riders in WorldSBK, MotoGP™ and the CEV Championships, Sofuoglu will still be a prominent figure in racing paddocks around the world.  “I have quit racing, but I will still be in the paddock. I have the young riders who I am training so I will still be – and want to be – around. I will share my time between the riders, the paddocks, and spending time with my family.”

Now heading into a new chapter of his life, the Turkish rider looks forward to relaxing – but taking on a different kind of stress: “I was here just to say goodbye, it was a great weekend and I will always remember it. For now the stress is over, but when the young riders start fighting for the championship it will be a bit stressful for me, but right now I am a little relaxed.”

Enjoy the highlights from Sofuoglu’s career, or take a look at the weekend’s celebrations from the Pata Italian Round all with the WorldSBK VideoPass. 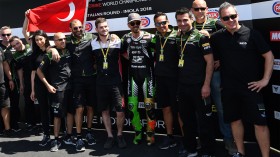 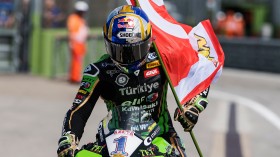 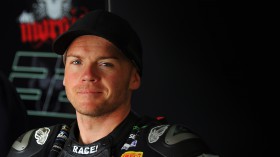