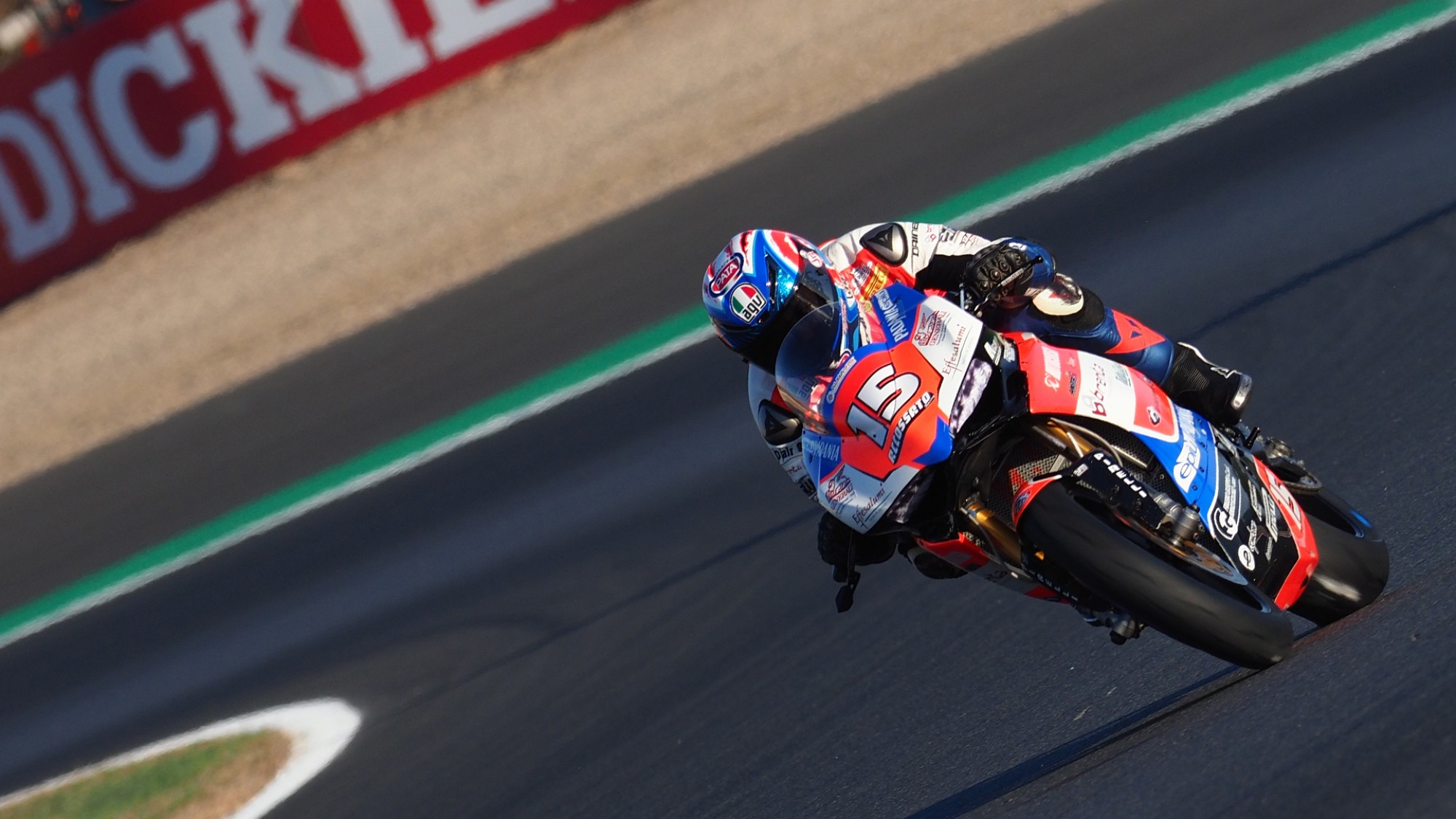 Markus Reiterberger (alpha Racing-Van Zon-BMW) sealed the final ever European STK1000 Championship at the ACERBIS French Round after claiming P3, finishing behind Federico Sandi (MOTOCORSA Racing) – who claims his maiden victory – and Roberto Tamburini (Berclaz Racing Team), who finishes P2 at Magny-Cours to claim the runners-up spot in the final standings.

Pole man Sandi got the holeshot as Reiterberger slotted into 3rd at Turn 1, with Maximilian Scheib (Aprilia Racing Team) getting a good start from P4 to launch himself into second. Sandi immediately started to create a gap at the front as the battle for second raged, with Alessandro Delbianco (GULF ALTHEA BMW Racing Team) making his way up to P2 after a great start from P8.

Reiterberger then got himself up to P2 and started to break clear of the battle for the final podium spot, with Tamburini recovering from a bad start to make his way into third to hunt down his title rival. A pulsating fight then broke out between Delbianco and Scheib as the duo swapped and changed positions for P4 before Scheib’s very slim chances of claiming the title ended – a crash at T16 ending his race prematurely.

Despite the best efforts of the closing Reiterberger - who had a penultimate lap scare when running ride at the Imola chicane to allow Tamburini through to P2 - Sandi held strong to take his maiden STK1000 win in the class’ last race. Tamburini crossed the line second with the German rider taking home the final podium position – and the 2018 STK1000 Championship to go with it.

Timothy Joseph Cua Alberto (MOTOCORSA Racing) suffered a crash on the opening lap at Turn 3, he went to the medical centre for a checkup, with Alex Suchet (Flembbo Leader Team) also crashing out in the race – rider ok.

So, it was a fitting end to the final ever European STK1000 Championship as Reiterberger takes home the trophy after a dominant season. But don’t forget, there’s plenty more action to come from Magny-Cours on Sunday. The WorldSSP300 Championship will be decided, the WorldSSP title race could see another twist and who will claim the honours in WorldSBK Race 2? Watch it all with the WorldSBKVideoPass! 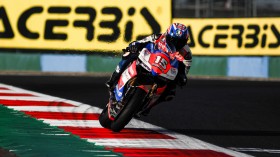 Italian heads off Reiterberger, Tamburini and Scheib in France