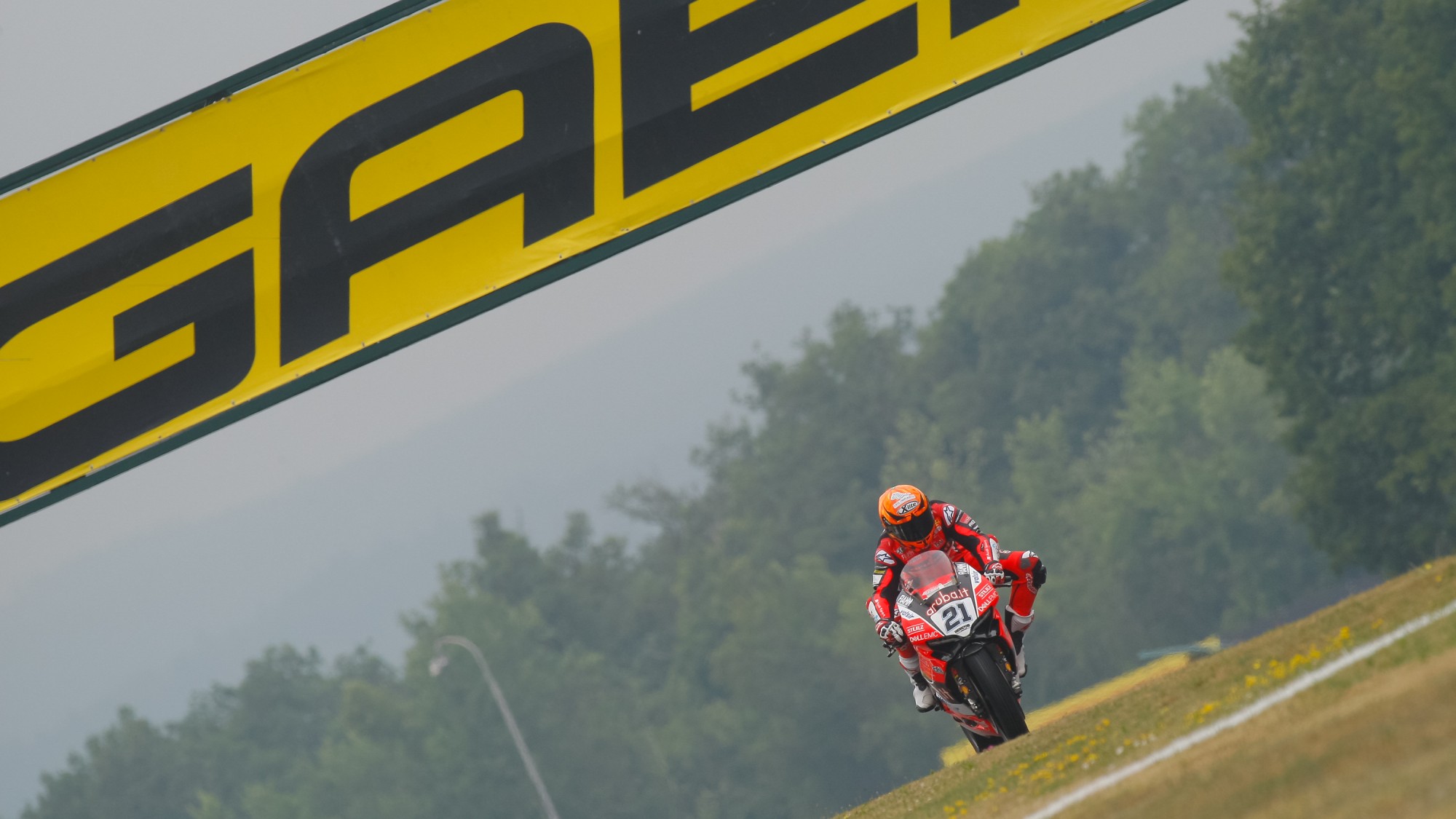 Italian beats Baz and Fores in dying moments of FP1

Michael Ruben Rinaldi (Aruba.it Racing – Ducati) set a last gasp fastest lap at the opening session of the Acerbis Czech Round, as the MOTUL FIM Superbike World Championship riders tested the waters at Brno for the first time in six years.

Rinaldi took advantage of the drying track at Brno to beat Loris Baz (GULF ALTHEA BMW Racing Team) by nine tenths of a second, the last lap recorded in the first session. The Frenchman rode here last year in MotoGP™, an advantage which he put to good use early on Friday with the second fastest lap of FP1.

Championship leader Jonathan Rea (Kawasaki Racing Team WorldSBK) was the first man out on track, topping the timesheets for all but the last 2 minutes of the session. However, the Northern Irishman only rode four early laps, opting to stay in his box in the final minutes and settling with the seventh best time. Behind him, Alex Lowes (Pata Yamaha Official WorldSBK Team) recorded the eighth fastest time, with Marco Melandri (Aruba.it Racing – Ducati) in ninth, and Tom Sykes (Kawasaki Racing Team WorldSBK) in tenth. Donington double-winner Michael van der Mark (Pata Yamaha Official WorldSBK Team) could only set the 16th fastest time in FP1.

Free Practice 2 starts at 12:30 local time (10:30 GMT). Catch all the action thanks to the WorldSBK VideoPass. 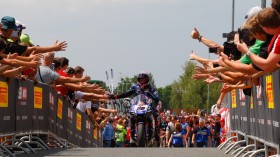 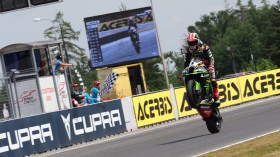 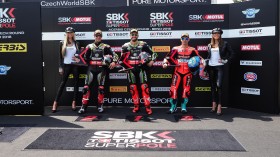