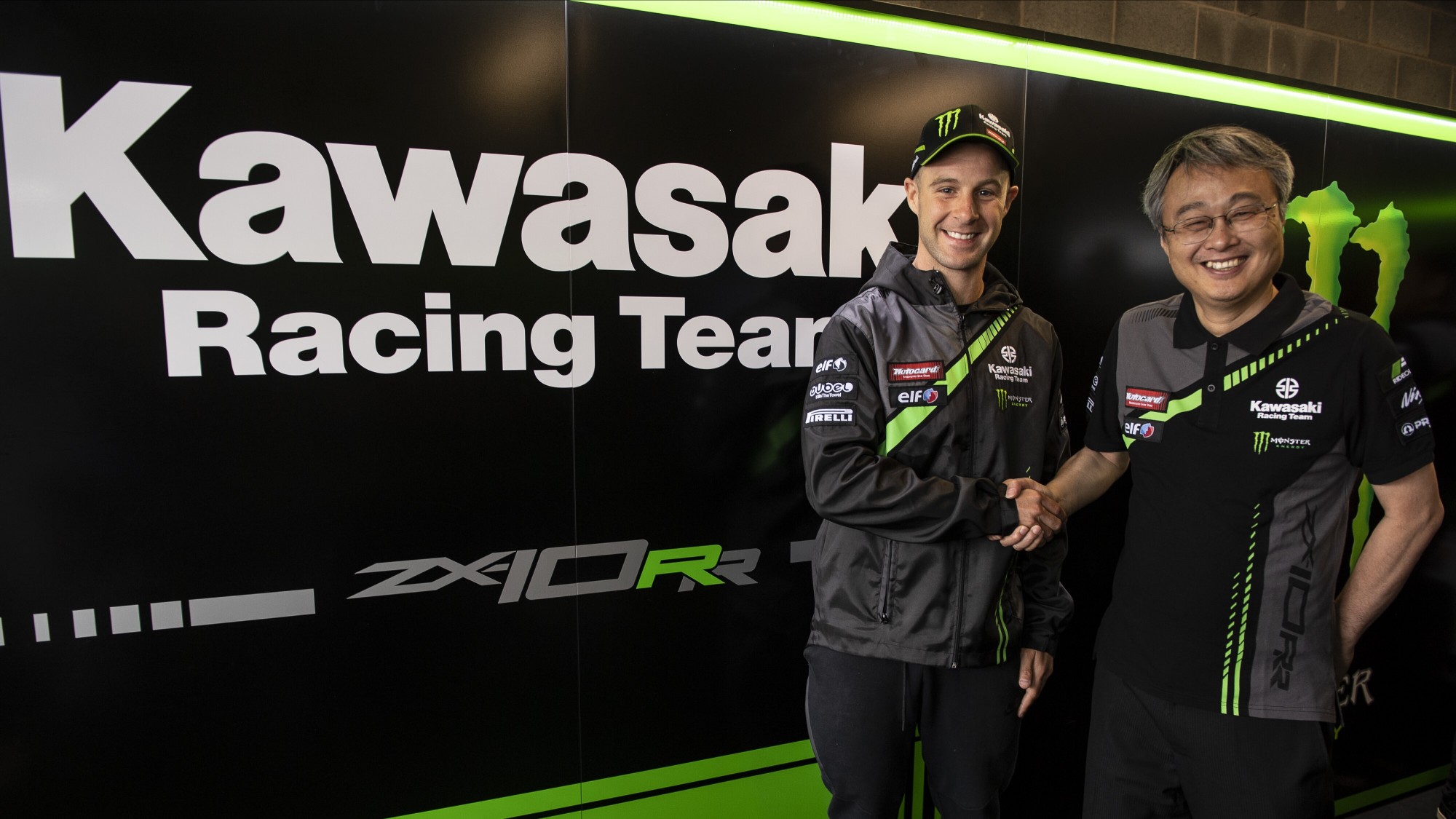 It has been announced today that Jonathan Rea (Kawasaki Racing Team WorldSBK) will remain with his championship winning team for 2019, as he continues on his charge to become the most successful WorldSBK rider ever. Proving an unstoppable duo, the new two year contract will see his partnership with the Provec Racing squad stretch to five seasons.

First joining Kawasaki in 2015, it was a match made in heaven for the Northern Irish rider and his ZX-10R machine. Winning his first race with the team at Phillip Island, he then went on to take 13 more victories that season, topped off by the world title. Unstoppable for the next three years, the statistics with Kawasaki speak for themselves – taking 44 victories, over 80 podiums and 12 pole positions on-board his Ninja.

Breaking records in more ways than one, Rea and Kawasaki will go down in the history books, and he looks forward to more seasons with his team: “I am more than happy to continue in these next two seasons with the Kawasaki Racing Team. Since the end of last season we have already started to talk about continuing our partnership, so it’s nice to finalise everything now, so that we can concentrate on the remaining races of 2018. From the moment I arrived at the end of 2014 I was welcomed into the Kawasaki family and since then we have achieved success beyond our wildest dreams. Here is where I want to stay. Of course it feels natural to keep writing this incredible story together, and I want to thank everyone in the Kawasaki Racing Team for believing in me and for this opportunity. Together we will work harder than ever to keep the ZX-10RR at the front of WorldSBK in the future. I have the best team of people around me to ensure that we can continue fighting for the World Championship.”

Re-watch some of Rea’s greatest achievements on-board his green machine, or watch as he continues his hunt for glory all on the WorldSBK VideoPass.