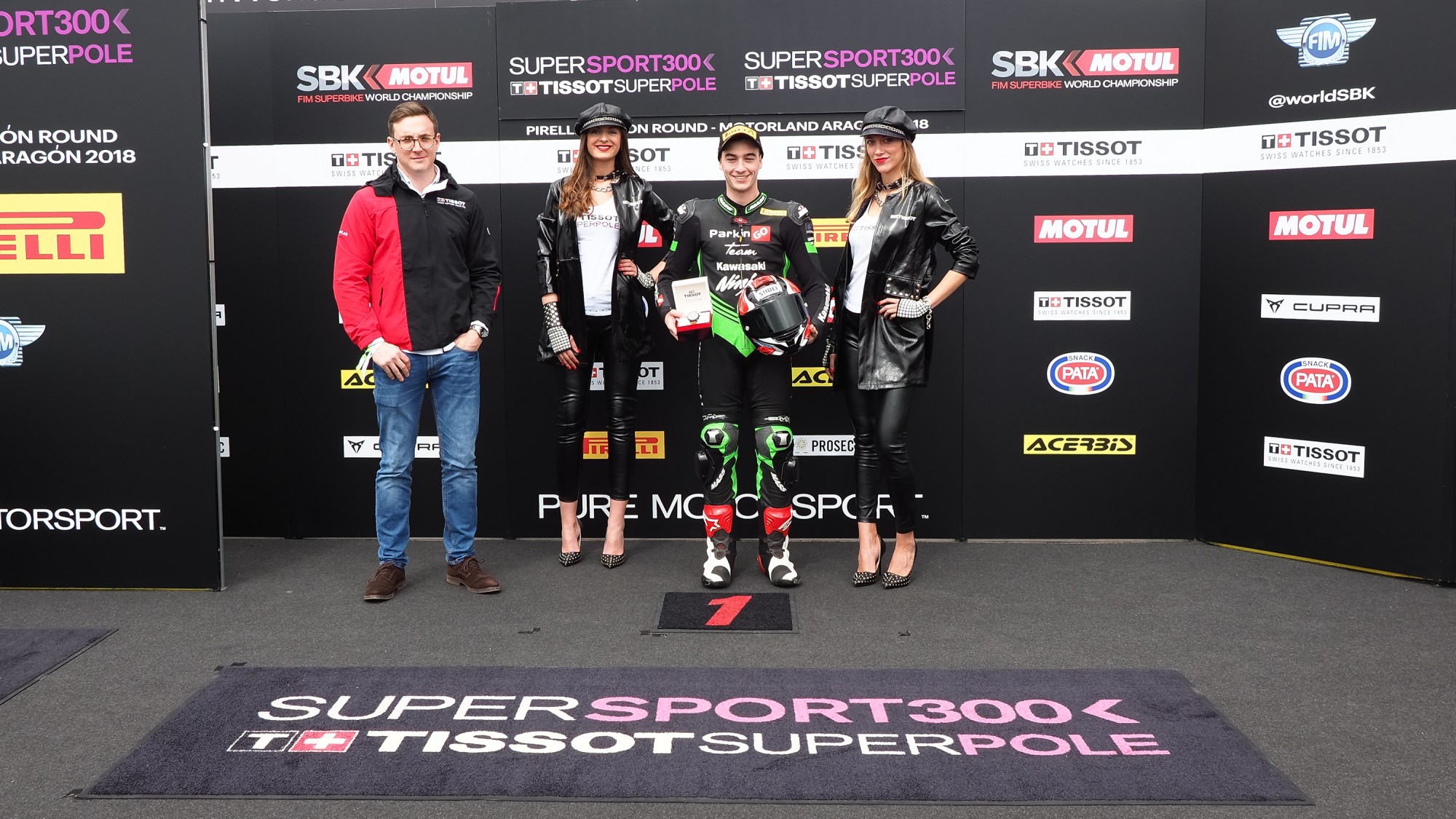 Mika Pérez (Kawasaki ParkinGO Team) opened the curtains for the FIM Supersport 300 World Championship with a stunning best lap around the Alcañiz circuit. The Spaniard was the only rider to beat 2’08 on the day, and finished 0.791 seconds ahead of Scott Deroue (Motosport Kawasaki) in second place. As such, Sunday’s race will see an inverted grid from last year’s race, when Deroue took pole ahead of Pérez.

Behind them and completing the four Kawasakis at the front were Dorren Loureiro (DS Junior Team) and Ana Carrasco (DS Junior Team), confirming that both teammates are strong contenders for this year’s crown. Loureiro beat Carrasco by a mere four hundredths of a second, just after the Spaniard had momentarily moved into third.

Koen Meuffels (KTM Fortron Junior Team) came in fifth with the first KTM, followed by fellow Dutchman Robert Schotman (Motosport Kawasaki) in sixth, one place down from where he started last year.

Daniel Valle (BCD Yamaha MS Racing), who came in second last year, could not make it through the Superpole 1 and will start from sixteenth. The two riders who did make it through the first round were Glenn van Straalen (KTM Fortron Racing Team), who will start twelfth, and Filippo Rovelli (Kawasaki ParkinGO Team), who made it through in ninth. Teenager Tom Edwards (Nutec – Benjan – Kawasaki), the fastest rider across yesterday’s practice sessions, crashed in his final lap and will start from tenth.

The WorldSSP300 season gets underway at Aragon, with the field taking to track on Sunday at 14:20 (12:20 GMT). Results, reactions and more can be followed thanks to the WorldSBK VideoPass. 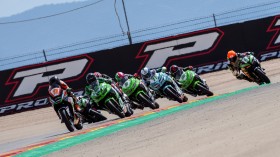 Dutch one-two at the inaugural race of the season, with Mika Pérez completing the podium