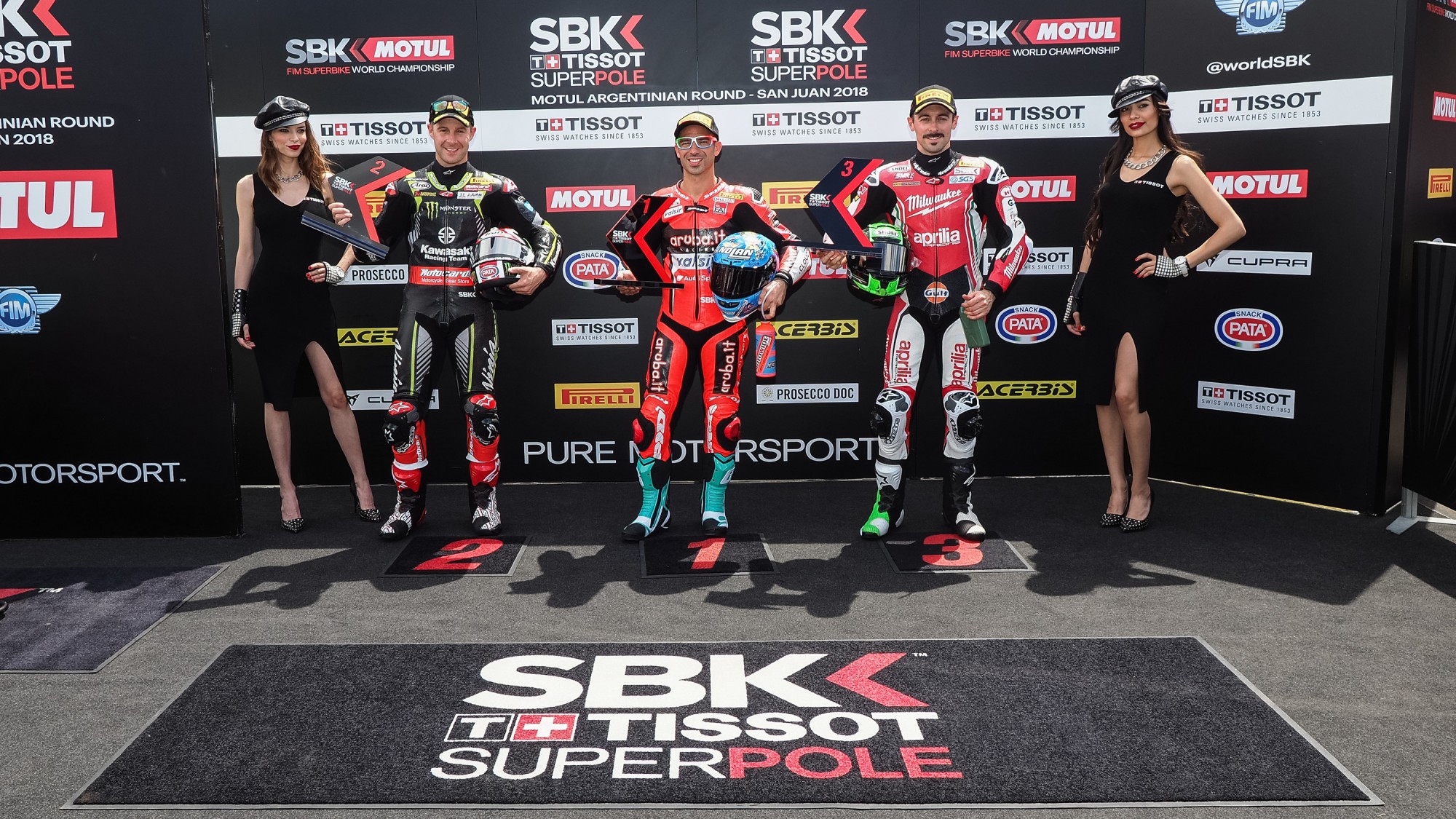 Rea and Melandri had both shined in free practice on Friday and continued to show on Saturday how quickly they’ve found their feet at the new Argentinian track, setting the fastest times at the beginning of the Superpole 2 session.

After the mid-session pit entry and tyre change, the pair set out with at best two laps to one-up the other. Melandri was first to strike, improving on Rea’s previous best of 1’39.452. With seconds left on the clock, this time there would be no fightback from the Northern Irishman: the champion struggled with the grip on his ZX-10RR going into turn 1, losing several seconds and leaving him without an answer to the Italian’s finesse. As it happened, the Italian went on to improve his lap again, leaving qualifying with a best of 1’39.012.

Laverty bounced up to third in the dying seconds of the session, ending Superpole 2 just 78 thousandths of a second behind Rea and sandwiched between the two KRT riders, as Tom Sykes (Kawasaki Racing Team WorldSBK) made it into fourth position on the grid after qualifying through Superpole 1. It’s only the third time this year that the 2013 World Champion has missed out on the front row of the grid.

Row three sees Toprak Razgatlioglu (Kawasaki Puccetti Racing) in seventh – his best qualifying performance in World Superbike – Lorenzo Savadori (Milwaukee Aprilia) in eighth, and Chaz Davies (Aruba.it Racing – Ducati) down in ninth. The Welshman encountered a technical issue in his final flying lap, and faces an uphill battle in Race One after finishing FP4 in second.

Race One begins at 16:00 local time (19:00 GMT), live from Argentina! Catch the race and all of the action from the weekend thanks to WorldSBK VideoPass. 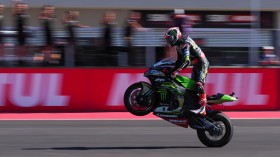 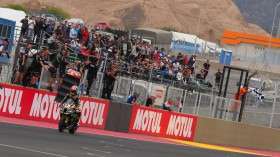 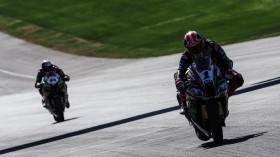