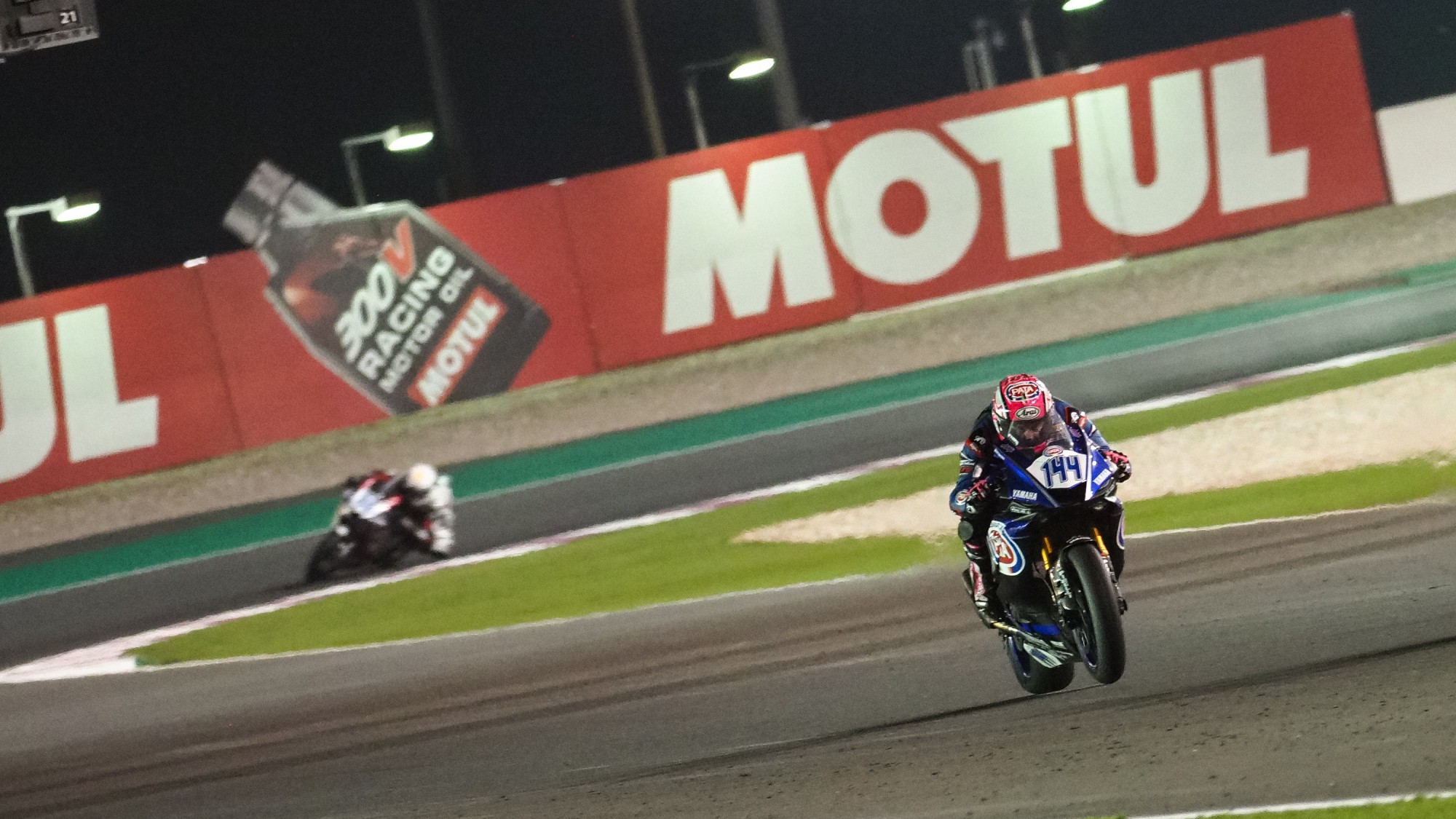 Tension was at an all-time high on Saturday evening, with the race itself up in the air until the reconnaissance lap. Puddles scattered around the Losail International Circuit after the afternoon’s storms kept the riders on their toes on what was an otherwise dry track, but the consensus was for the final race to go ahead.

The lights went out and a wild opening lap began. Polesitter Lucas Mahias (GRT Yamaha Official WorldSSP Team) went horribly wide at turn 1, falling to fourth, while Corentin Perolari (GMT94 Yamaha) slotted himself between the two title contenders, Cluzel taking the lead. Cortese moved past the GM94 rider on the main straight and bridged the gap with Cluzel up to the final sector, sticking an unbelievable move through 12.

But Cluzel returned the favour through the main straight, and Perolari found his way past Cortese again. The German was determined not to fall at the final hurdle: he moved past the 20-year-old Frenchman on the main straight in lap 4 and set out to put pressure on the NRT rider; Cluzel went wide at turn 13, Cortese moved swiftly back into the lead.

A ceasefire seemed to be agreed for the next few laps, but with Mahias edging closer to the pair Cluzel came back all guns blazing in lap 9, sticking in a pass at turn 4. The slipstream through the start of lap 10 moved Cortese momentarily ahead but his French rival was back in front through 2.

Then came the moment that, with hindsight, would decide the championship. Smelling blood and with the two frontrunners bickering at every corner, Mahias seized his opportunity and passed both at the same time through turn 6 and into the race lead. Cluzel left Cortese back in third, but beating his rival was no longer enough: he needed the race win to overcome the five-point gap separating them.

Knowing that he now held the advantage, even in a losing situation, the German kept his cool and remained with Cluzel, fighting his way through while trying to force mistakes out of his desperate rival. And the mistake did come: Cluzel tried to put in a last lap pass over Cortese through turn 7, with the championship all but slipping through his fingers; he lost the front end, crashing out and officially handing the title to Cortese, whose incredible consistency was finally the winning factor over Cluzel’s five race wins.

Mahias crossed the line in first, taking his third win of the season and the runner-up spot in the standings. Cortese’s second place is enough to clinch the championship by 23 points in his rookie season.

That’s a wrap on the 2018 World Supersport season! It’s been a long ride, full of twists and turns at every stop along the way, and we can’t wait to get going again. Watch the best moments from this year and follow all the action through the pre-season thanks to WorldSBK VideoPass. 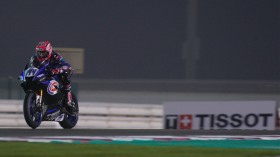 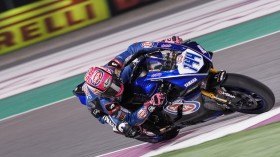 Frenchman leads in Qatar over Cortese and Krummenacher