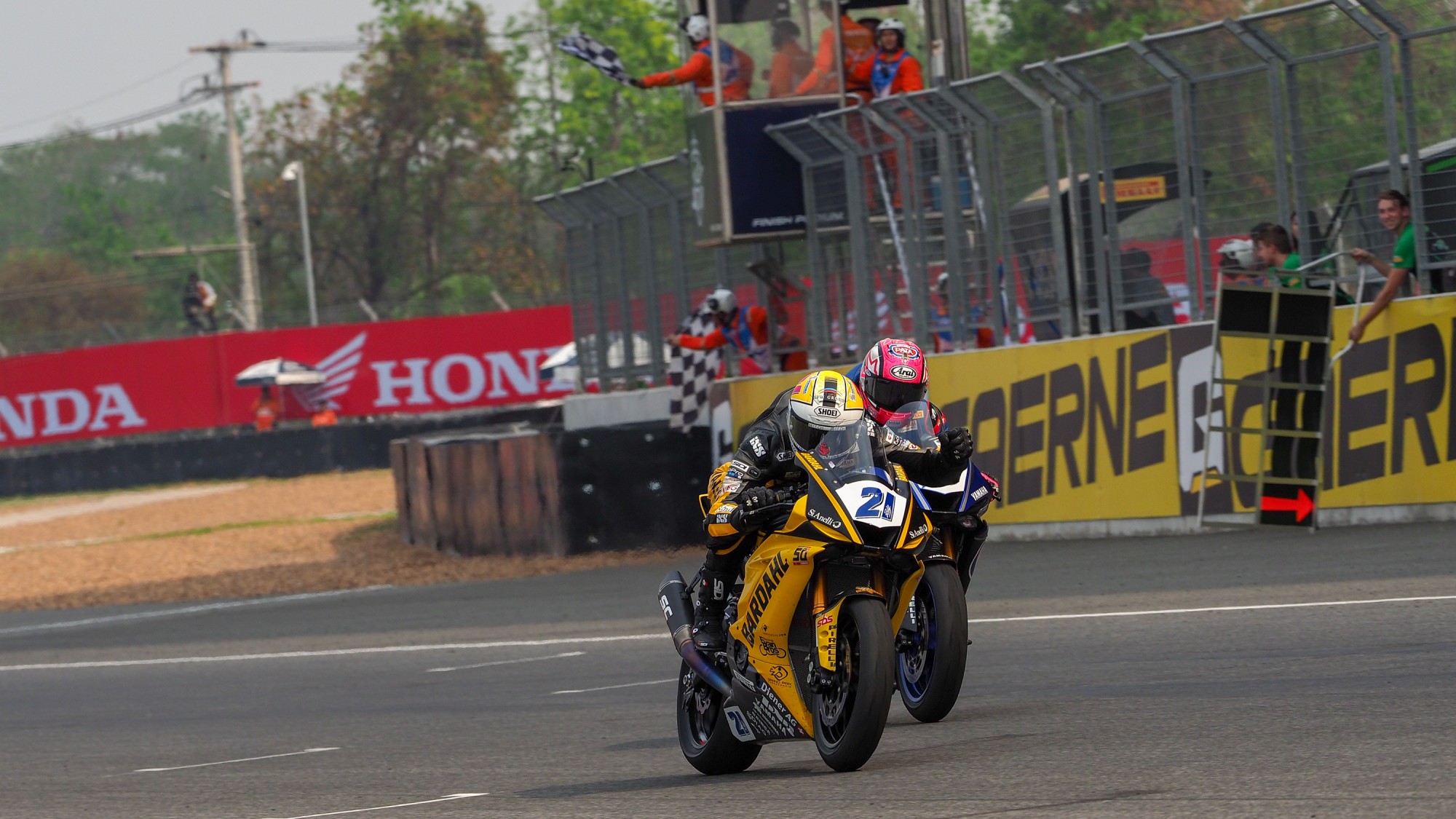 Round One runner-up Randy Krummenacher (BARDAHL Evan Bros. WorldSSP Team) took his second World Supersport race victory to tie the points lead in the 2018 Championship, beating Australian Round winner Lucas Mahias (GRT Yamaha Official WorldSSP Team) in a last-lap thriller in Thailand.  Frenchman Mahias had been the rider to beat all weekend and claimed pole position with some comfort, but the reigning Champion missed the start and was never able to consolidate the race lead.

2016 Thai Round winner Jules Cluzel (NRT) took the holeshot and eventually broke clear after an unsuccessful attempt to recover off the opening turn from Lucas Mahias.  But Cluzel started to make mistakes under pressure as the race went on, committing an unforced error by running wide on lap eight and giving up the lead to his fellow countryman.  He recovered two laps later down the backstraight and into turn three, but his next misjudgement proved critical – a turn five lowside on lap thirteen sending him into the gravel and out of the race.

Cluzel´s crash released the top four finishers from the Australian Round to chase the win, the lead group having broken clear right from the early stages.  And it was Switzerland´s Randy Krummenacher who fought his way from fourth to first in a matter of three laps, in the process setting a new lap record at the Chang International Circuit.

Lucas Mahias, bidding for his first Thai Round victory after a retirement in the race last year, struggled for top-end pace and was therefore unable to make a successful pass on Krummenacher, although he did stay with him thanks to his superior mid-corner speed.  In a brave last-bend effort, Mahias finally played his cards and took a dive down the inside in a bid for victory.  Krummenacher, though, remained composed and made a perfect cutback, blocking out Mahias in a drag race down to the line with the pair even touching over the final metres.

Behind the lead duo, Federico Caricasulo (GRT Yamaha Official WorldSSP Team) and Sandro Cortese (Kallio Racing) renewed a rivalry over third position that saw them separated by a photo finish in Australia.  Again, Cortese was the rider with the pace in the second half of the race, having had to work hard to break clear of the chasing pack and join the lead quartet.  But it was Federico Caricasulo, consistent throughout, who reversed the Australian result by holding back all of Cortese´s overtaking attempts.  2017 Thai Round winner Caricasulo ran as high as second position in the 2018 race, having passed teammate Lucas Mahias on the opening lap.  But Mahias surprised Caricasulo down the inside into turn eight on lap three, and set new lap record pace to break clear.  Randy Krummenacher improved on that later, during his march towards victory.

After his Thai Round fall, Jules Cluzel will head to Europe a massive 36 points down on the two series leaders Randy Krummenacher and Lucas Mahias, another tie behind them over third position between Federico Caricasulo and Sandro Cortese.  The highest non-Yamaha runner is Raffaele de Rosa (MV Agusta Reparto Corse by Vamag) in fifth, scoring consistent points and enjoying a strong race in Buriram with seventh.

Review all of the action from the #THAIWorldSBK Round with the WorldSBK VideoPass, which will also carry coverage of the next Round from Aragón from 13th to 15th April. 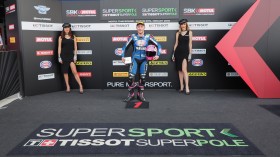 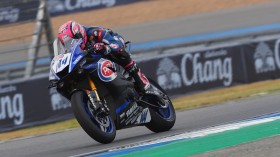