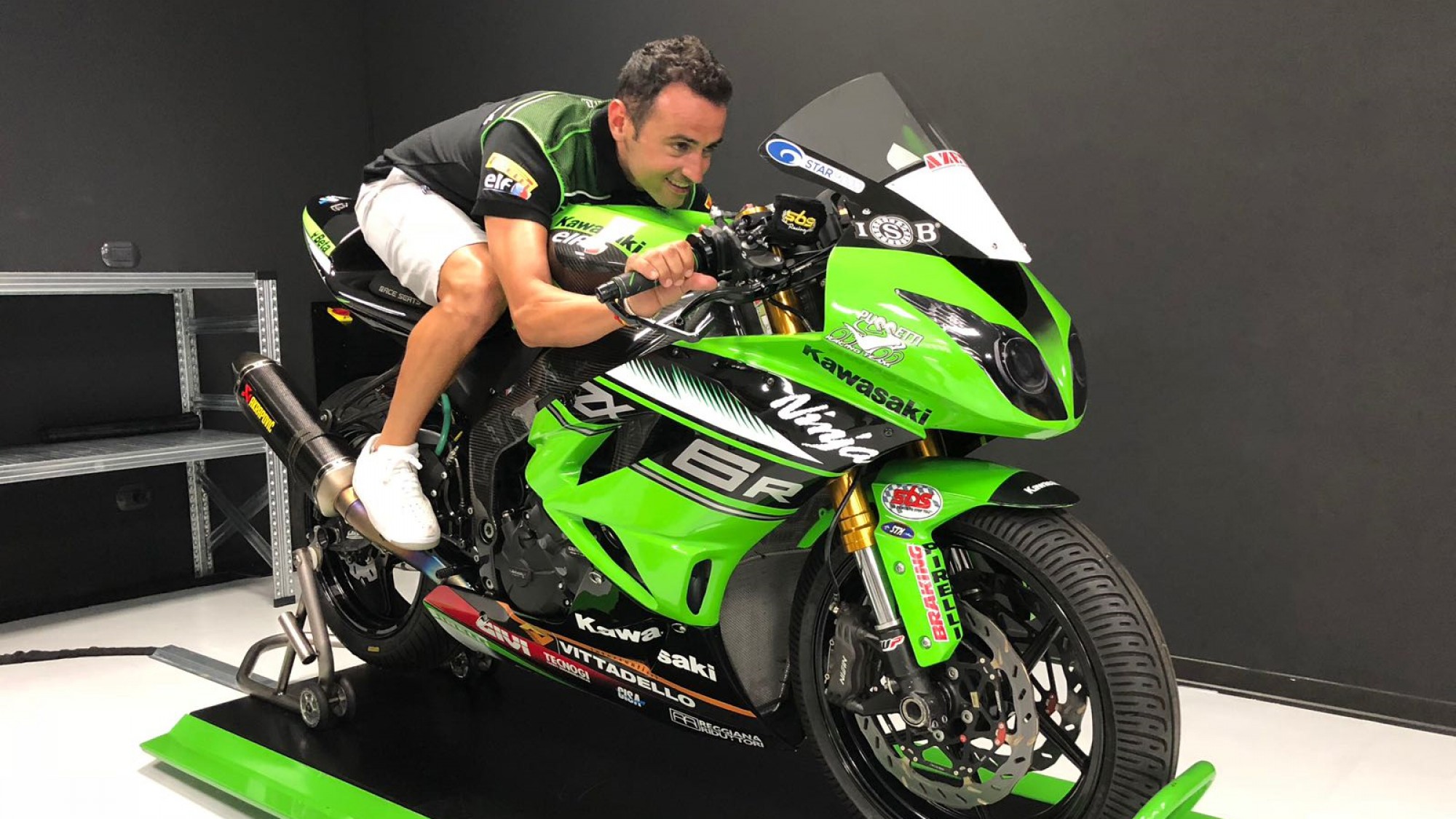 The Kawasaki Puccetti Team have announced that Héctor Barberà will be joining the team for the remainder of the 2018 FIM Supersport World Championship season, taking over from Sheridan Morais as a replacement for the now-retired Kenan Sofuoglu.

The Spanish rider will make his WorldSSP debut at the upcoming Nolan Portuguese Round, partnering with Hikari Okubo (Kawasaki Puccetti Team) for the last four races of the season.

Barberà has a long and successful history in the MotoGP™ paddock. The 31-year-old from Valencia made his debut on the world stage in 2002 in the 125cc series, claiming third place in the championship the following year and second in 2004. In 2005 Barberà moved to 250cc where he remained for five seasons, claiming a runner-up spot in the 2009 championship standings with three race wins.

In 2010 the Spaniard made the jump to MotoGP™ while still only 23 years of age. Barberà raced uninterruptedly in the premier class until the end of last year – when he competed with Avintia alongside current WorldSBK rider Loris Baz (GULF Althea BMW Racing Team) – racking up an astonishing 139 race starts. This year Barberà rode the first six races of the Moto2™ season, before now making an exciting fresh step into WorldSSP.

Team manager Manuel Puccetti explains how the move to bring in the Spanish star came to be: "Our agreement with Sheridan Morais was only scheduled to last until the Rimini Round and we are all very grateful for his help. I searched for a replacement rider and was delighted that Héctor Barberà was available and interested in joining the team. It is an honour for me to have such an experienced rider in the team. Héctor comes from a higher level after riding for 15 consecutive seasons in the FIM Road Racing World Championship; eight of them in the MotoGP class. I believe the team will work hard to give him all what he needs to make good results in his new adventure in WorldSSP. It will not be easy since he will have to begin his experience on board the Kawasaki Ninja ZX-6R on three new race tracks for him - Portimao, Magny Cours and El Villicum - but I am sure he has all the potential to do well. If the results match our expectation we would really like to confirm him also for the next season.”

Barberà is excited at the opportunity being presented: “I am really motivated and eager to get out on track again and I am lucky to be able to count on the Kawasaki Puccetti Racing team. I was able to visit their headquarters and I saw with my eyes how the team is well organised and I know they are a winning team. Manuel is giving me a huge opportunity and I would like to pay him back with good results. I want to win and I am training hard for this. I am happy. Both the team and I are in the same condition. We are really experienced and we have all the potential to do well. I would like to thank Manuel and Kawasaki for having put me in a situation to find my confidence again at a such an important moment for me.”

Find out how the speedy Spaniard performs on his WorldSSP debut live and OnDemand thanks to the WorldSBK VideoPass.