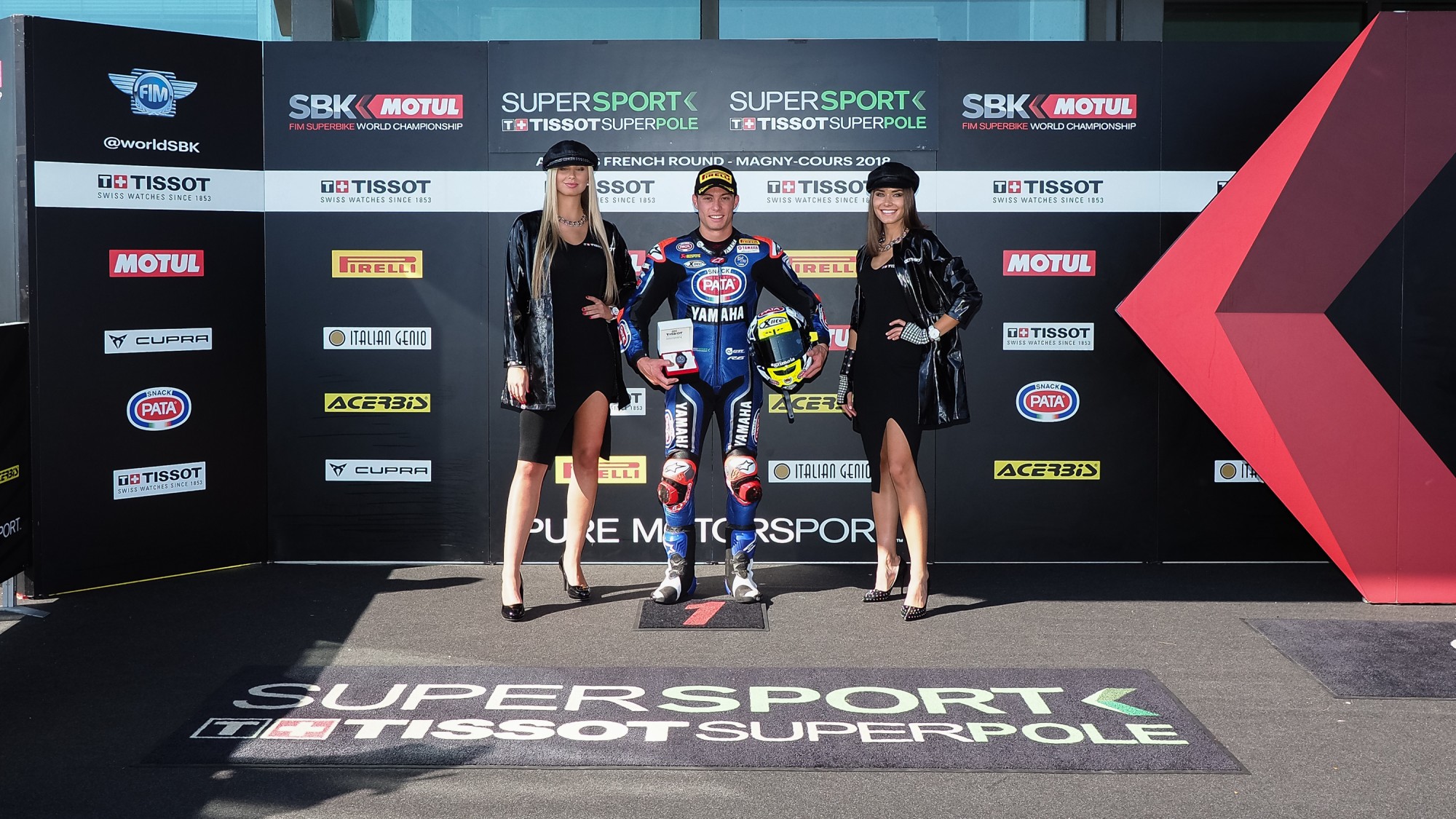 Federico Caricasulo (GRT Yamaha Official WorldSSP Team) took Tissot-Superpole 2 by storm at Magny-Cours, leaving it late to blast to the top of the timesheets but then deposing home hero and teammate Lucas Mahias in style. Mahias starts second in a last chance saloon weekend for the reigning Champion if he hopes to retain his crown, with the front row locked out by compatriot and key contender Jules Cluzel (NRT). Points leader Sandro Cortese (Kallio Racing Team) was bumped down to the second row after a crash.

Caricasulo’s late lap was unmatchable for Cluzel, who had been up in the first sector before fading slightly as he found some traffic and everything coming down to the duel between the two. They’re only four points apart in the title fight, too, with a lot to play for on Sunday – and Mahias is the joker in the pack on the front row. The reigning Champion’s shot at the title is now a seriously long one, with Mahias 46 points down on Cortese…but there are still 75 on the table.

Cortese had his own dramas in qualifying, however. The German will be lining up fourth after a crash in Superpole put paid to his chances of improving, just ahead of Randy Krummenacher (BARDAHL Evan Bros. WorldSSP Team). They’re joined on the second row by an impressive performance from Frenchman Corentin Perolari (GMT94 Yamaha), who was sixth fastest at his home round, with Hikari Okubo (Kawasaki Pucctti Racing) a late improver to move up from P12 to seventh.

He’s just ahead of Raffaele de Rosa, who put MV Agusta Reparto Corse by Vamag in P8 and that despite a spectacular crash – rider ok – that caused the Red Flag to come out for a few minutes mid-session. Ayrton Badovini, de Rosa’s teammate, was close company in ninth.

With the title contenders scattered over the first two rows and points leader Cortese one of those lacking a clear view of Turn 1, it could be a race to remember at the Acerbis French Round on Sunday. The lights go out for WorldSSP at 13:45 (GMT +2) – watch LIVE on WorldSBK VideoPass! 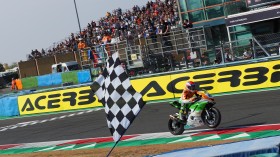 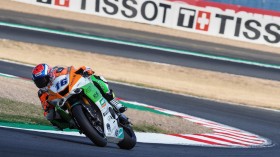