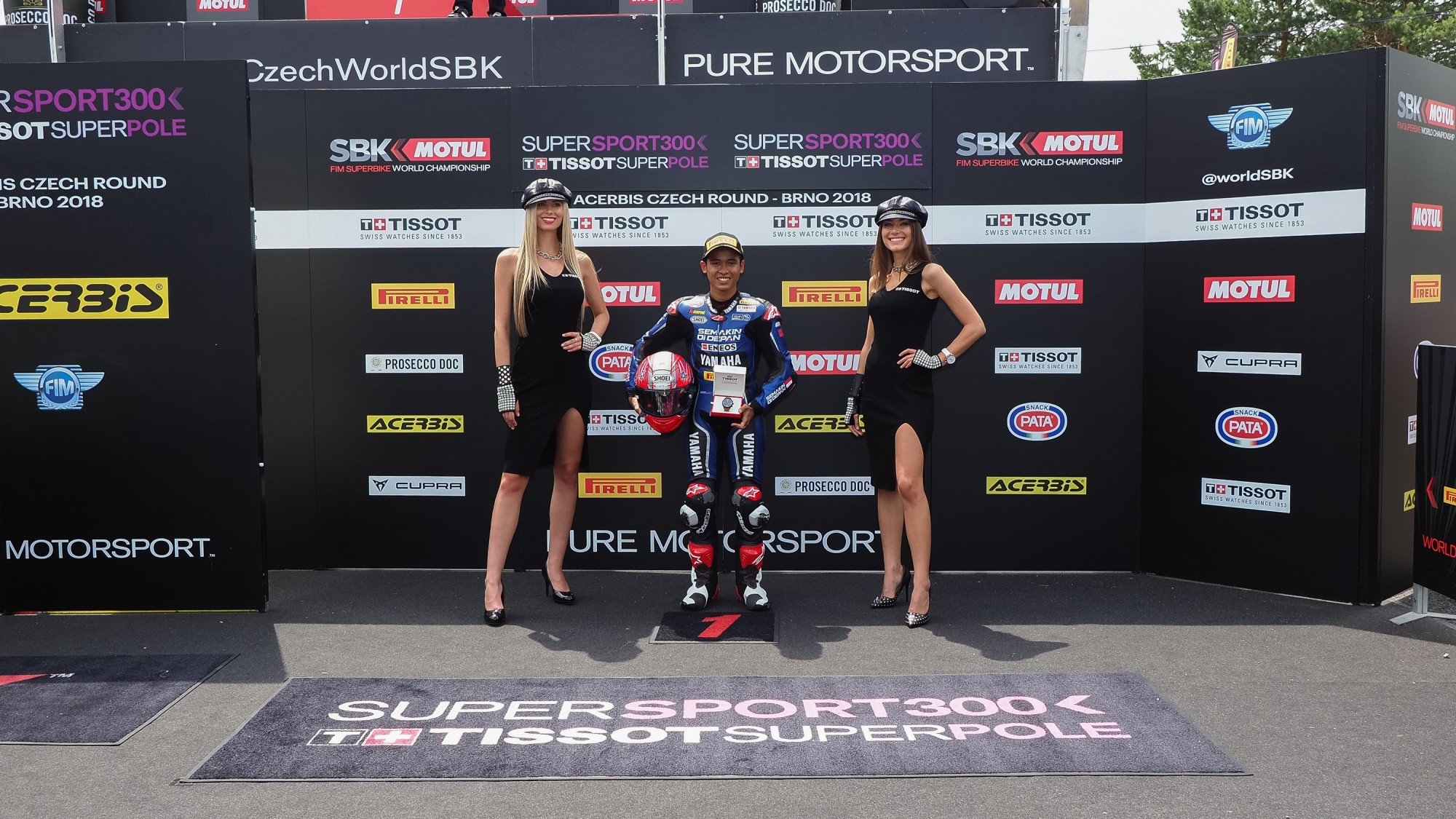 After dominating both Friday practice sessions, Galang Hendra Pratama (BIBLION YAMAHA MOTOXRACING) continued his brilliant form into Saturday with his first pole position in the FIM Supersport 300 World Championship. He will lead the line ahead of Scott Deroue (Motoport Kawasaki) and Ana Carrasco (DS Junior Team).

This is not just Hendra Pratama’s first Tissot Superpole, but also the first pole for a non-European rider in WorldSSP300. It also confirms the improvement in performance by the YZF-R3, with two Yamaha bikes in the top 5.

Deroue was on course to beat the Indonesian in sector 1 on his final lap, but traffic on track left the Dutchman in second, three tenths of a second behind. He will start in front of championship leader Carrasco, however, who made the front row despite a technical issue in the closing minutes of Superpole 2. Her Ninja 400 stopped after completing just 3 laps, but her time of 2’17.991 was enough to put her into third.

Leading row two will is Walid Khan (Nutec-Benjan-Kawasaki), who recorded the fourth fastest time, ahead of Manuel González (Pertamina Almeria BCD Junior Team by MS) in fifth, and Dorren Loureiro (DS Junior Team) in sixth, in search of his second podium of the year.

It’s lights out in race five of the season tomorrow, Sunday at 14:20 local time (12:00 GMT))! Catch all of the action thanks to the WorldSBK VideoPass. 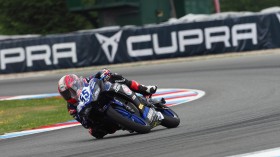