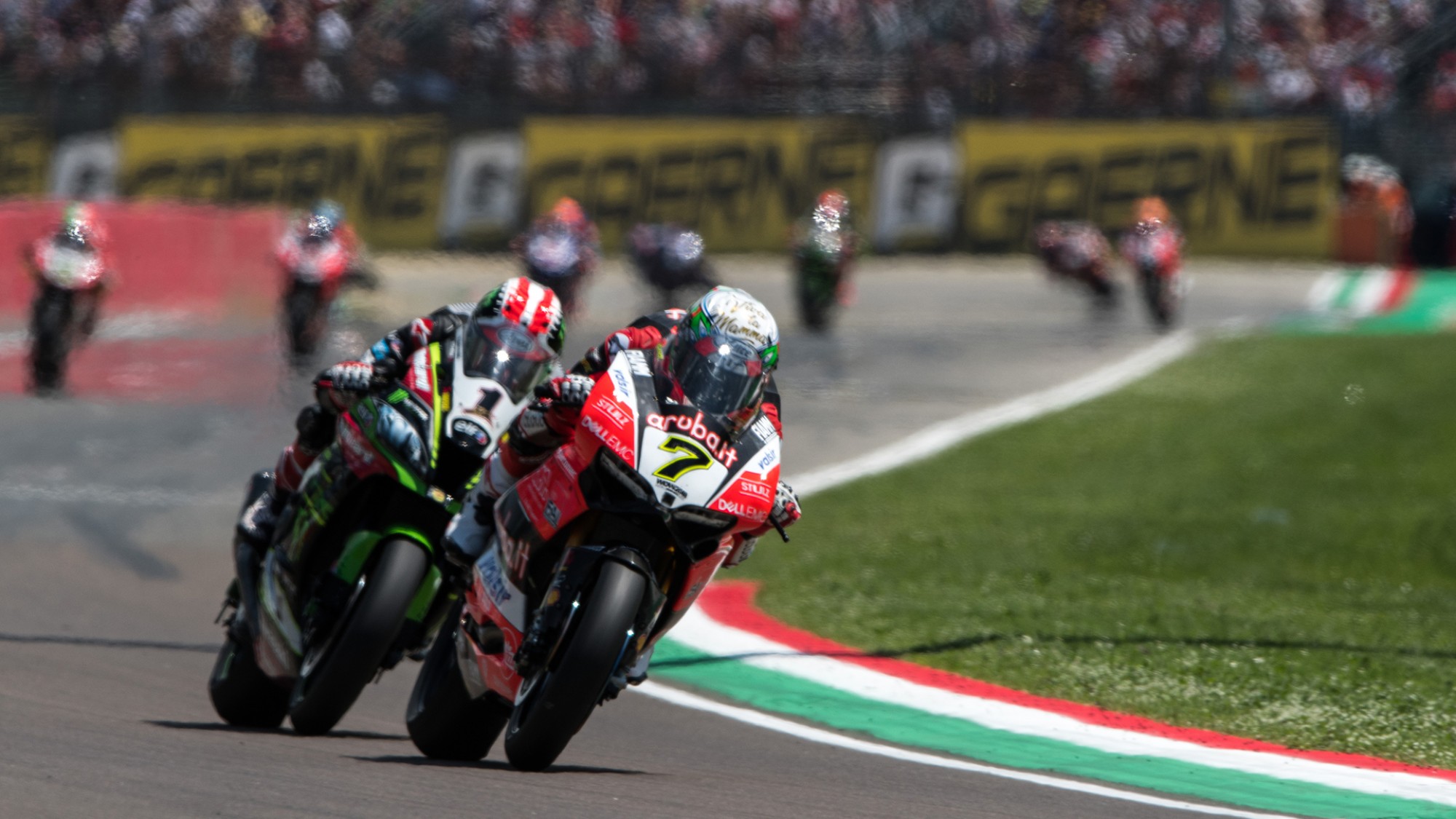 Midway through an iconic season, 2018 already boasts an extraordinary list of rider showdowns

Fourteen down, twelve to go. The midpoint of the 2018 season passed with a new victor in Alex Lowes (Pata Yamaha Official WorldSBK Team) – a foreshadowing of the thrills left ahead. In the seven rounds so far, we’ve seen decade-long records broken, winners and runners-up separated by milliseconds, and several riders and manufacturers feuding for the top spots. Some of the most memorable moments in modern WorldSBK history have happened since February – let’s dip back into those memories ahead of Round 8 at Laguna Seca.

2018 kicked off in spectacular fashion at Phillip Island, with a thrilling Race 1 which already left plenty surprises. But in Race 2 there was enough drama for a full season: two race-leaders crashing out in Eugene Laverty (Milwaukee Aprilia) and Chaz Davies (Aruba.it Racing – Ducati), a mandatory pitstop, and seven riders in barely a couple of seconds. In the end, a last-gasp slipstream put Marco Melandri (Aruba.it Racing – Ducati) centimetres ahead of Jonathan Rea (Kawasaki Racing Team WorldSBK) and Xavi Fores (Barni Racing Team) at the finish line, after an epic battle in the final third.

The top two in the championship standings have battled on and off ever since they first entered the WorldSBK paddock – and 2018 has been no exception, with more clashes added to their long history together. One gem in particular was their MotorLand Aragon encounter in Race 2: after Rea had won ruthlessly on Saturday, both men kicked off Sunday from row three, quickly rising through the ranks in the opening stages behind local hero Xavi Fores. But with the Spaniard dramatically crashing out whilst in the lead, an electrifying final third left Davies hunting down and edging out his Kawasaki rival, with five laps to go.

Another memorable battle added to the Rea-Davies collection happened two rounds later at Imola, with hunter turned hunted. Davies, on pole in Race 2, shot out from the lights, attempting to open an early gap with Rea, who jumped from ninth on the grid to second in a matter of minutes. Stalking the Welshman, Rea attempted to strike first and found a closed door; at the second time of asking, the pair rubbed shoulders and were close to crashing out. Eventually it was third time lucky for the Northern Irishman, who flew into the distance for his 59th WorldSBK race win.

And who could forget the two epics that led to Michael van der Mark (Pata Yamaha Official WorldSBK Team) taking his first-ever double at Donington Park? Both of his three-way battles – with Rea and Tom Sykes (Kawasaki Racing Team) in Race 1, and Rea and Alex Lowes in Race 2 – will stay long in the minds of every fan worldwide. Not to mention the stunning second place by Toprak Razgatlioglu (Kawasaki Puccetti Racing), snatched from Rea at the last moment.

The 2018 season has been packed with thrills so far – what more electric matchups will the second part of the season have in store for us? Catch up with all the best WorldSBK action thanks to the WorldSBK VideoPass – now with a 50% discount!