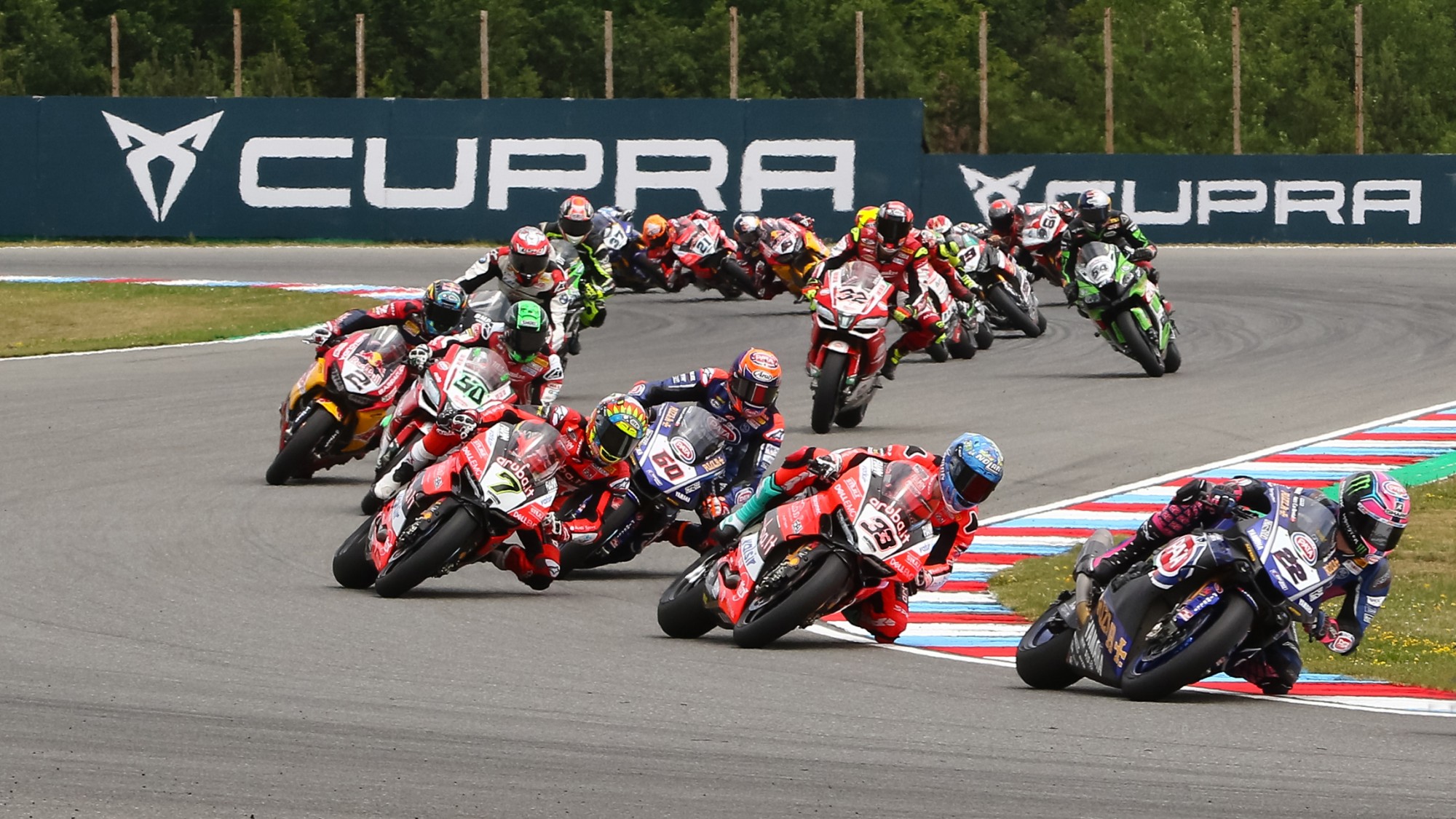 Jonathan Rea (Kawasaki Racing Team WorldSBK) may be at the top of the championship standings and in pole position to take his record fourth MOTUL FIM Superbike World Championship, but every passing race it becomes a little bit harder for the championship leader. Since Rea joined the green arrows, there have never been this many riders capable of winning a race – and the championship.

In seven rounds so far, we have seen six different race winners, half a dozen hard-fought success stories to leave the championship ablaze. You’d have to tread back to 2012 to find a similar group in the opening seven rounds – and all the way to 2001 for a more diverse number of winners (7).

Marco Melandri (Aruba.it Racing – Ducati) was first out of the box at Philip Island with a sensational double – despite leading for just four laps in Race 1 and barely a handful of seconds in Race 2. It was an amazing return to form for a rider who held just one victory the season before.

WorldSBK’s usual suspects were quick to fire back however, with Rea and Chaz Davies (Aruba.it Racing – Ducati) taking a win apiece in Thailand. The pair also shared wins at MotorLand Aragon, but by Assen a week later another rider entered the fray: one Tom Sykes (Kawasaki Racing Team WorldSBK), with a tremendous lights-to-flag triumph.

Donington Park was where the ‘newbies’ began to make their mark. Michael van der Mark (Pata Yamaha Official WorldSBK Team) was not amongst the favourites before the UK Round, but that matters little when the talent is so glaringly obvious. The Pata Yamaha man flew to his two first WorldSBK wins in a display of dominance not seen by a winless rider in many, many years – until two weeks later, at Brno, when Alex Lowes (Pata Yamaha Official WorldSBK Team) shone brightest in his 118th WorldSBK race.

Perhaps the most fascinating thought of the season so far is that this super six could have easily have become seven, eight or more. The competitiveness at the top of the field cannot be properly appreciated without naming Xavi Fores (Barni Racing Team). The Valencian rider was barely a couple of tenths away from winning Race 2 at Philip Island, and was leading at MotorLand Aragon when he crashed out. Whilst Fores has struggled throughout the last two rounds, would anyone put it past the Barni Racing man to add his name to the record books?

And what about last year’s STK1000 winner and runner-up? Michael Ruben Rinaldi (Aruba.it Racing – Junior) and Toprak Razgatlioglu (Kawasaki Puccetti Racing) have brought the brand of brash youthfulness to the championship that tends to rapidly rise to the top. Rinaldi already had a taste at Imola, leading the early laps, while Razgatlioglu was just one step away at Donington Park. Add into the mix the reinvigorated Aprilia riders, the Red Bull Honda team and others, and the future looks brighter than ever – starting this weekend at Laguna Seca.

Be a part of a rejuvenated championship thanks to the WorldSBK VideoPass – now cheaper than ever, thanks to our special midseason offer!