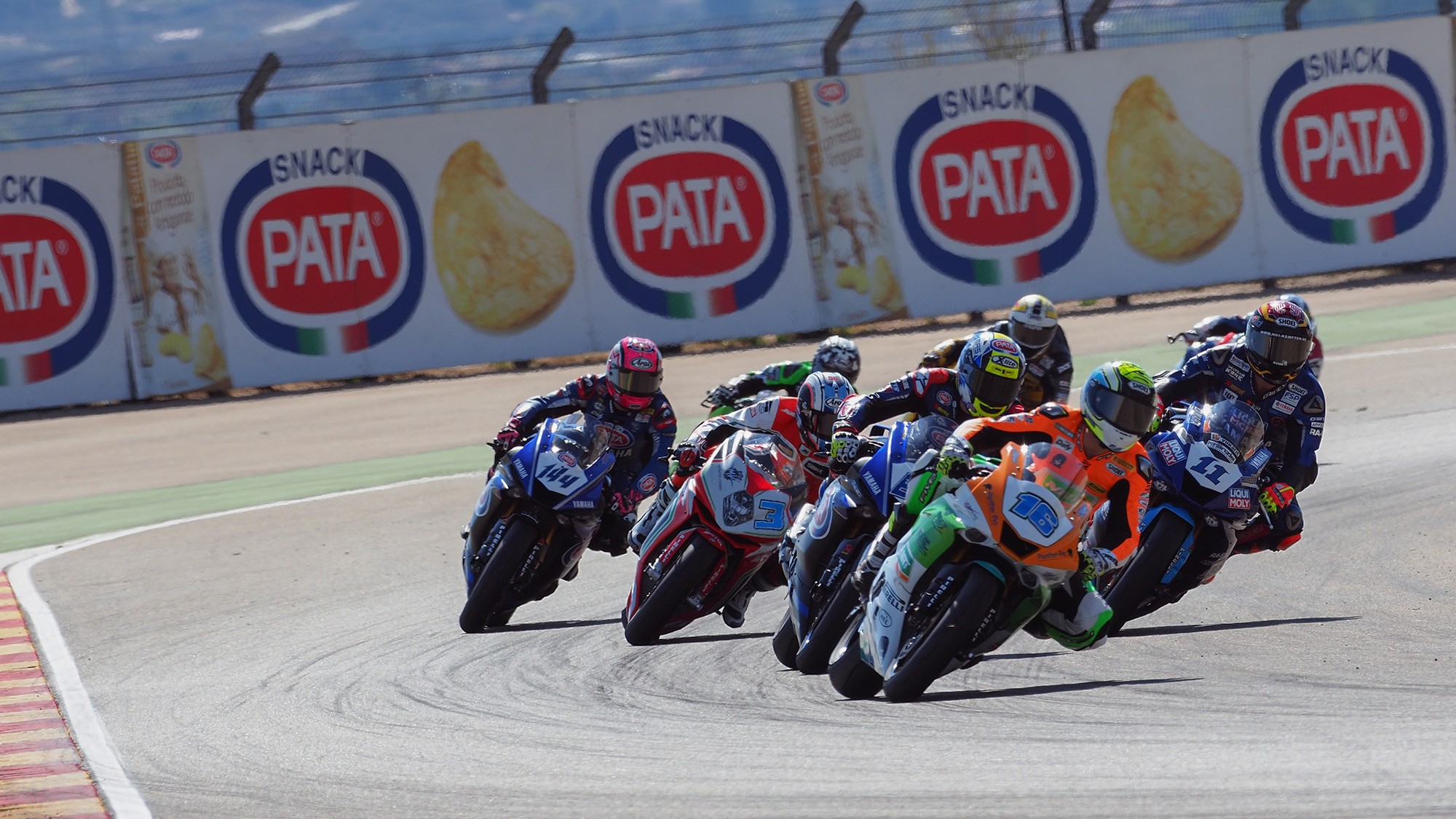 Fast forward eight months: Sofuoglu is retired from active competition – a decision, announced a little over a month ago, that left the category without its undisputed flagship rider in recent years – and Mahias is in the leading group fight to retain his crown, yet winless since the opening Round at Phillip Island. There’s a huge announcement onscreen, missing just a set of neon lights: No clear successor next in line for the WorldSSP crown – heir needed.

All the big names in the paddock launched themselves headfirst into this enterprise right from the first minute, and the battle up to now has been tempestuous. The reigning champion, Mahias, was also the opening leader. But Randy Krummenacher (BARDAHL Evan Bros. WorldSSP Team) drew level on points one race later before leading a back-and-forth tussle at the head of the standings right until Donington Park, where Sandro Cortese (Kallio Racing) bulldozed his way over both men by taking the win and, for the first time, the championship lead.

At the same time, the German was close to surrendering that first place at Brno – the last race until now – to Jules Cluzel (NRT). The French rider, perennial contender for the crown, was slow to start the season – 7th and a crash in his first two races – but has picked up the pace since, never climbing off the rostrum and adding three wins to his collection, including the ferocious battle we witnessed in the Czech Republic.

As such, the challenge between the four riders is fully flared-up and completely unpredictable. The quartet is separated by barely 19 points between first and fourth, with just five Rounds remaining until the season-end.

Cortese leads, a new arrival in WorldSSP but with every ounce of the high-level experience needed to win, as well as the ambition to triumph in his first attempt. But just two points behind is Cluzel, 29 years of age and a three-time runner-up in this championship. With a machine on par with his rivals’ and his bête noire gone from the paddock, the Frenchman sees this as his moment and is determined to not miss his chance. The brash and agonising way he defended his first place during the last lap at Brno shows perfectly the way he will face the rest of this battle.

Cluzel’s surge has gone on at the same time as the slowdown of Krummenacher and Mahias’, who took their respective triumphs before the start of the European season. The Swiss and French rider are kept apart by just two points, and will undoubtedly hope to launch their respective counterattacks in the next stages of the championship, at venues which both men know to perfection.

As things stand, and with the bonus of Raffaele De Rosa (MV Agusta Reparto Corse by Vamag) as an ‘outsider’ and permanent resident on the WorldSSP rostrum since the Dutch Round, the only reasonable prediction that can be made is that the battle to find a heir to the WorldSSP crown could go down to the final round, at the end of October in Qatar -  and that there will be no punches pulled.

Follow the next phases of this four-way challenge thanks to the WorldSBK VideoPass, now half-price!