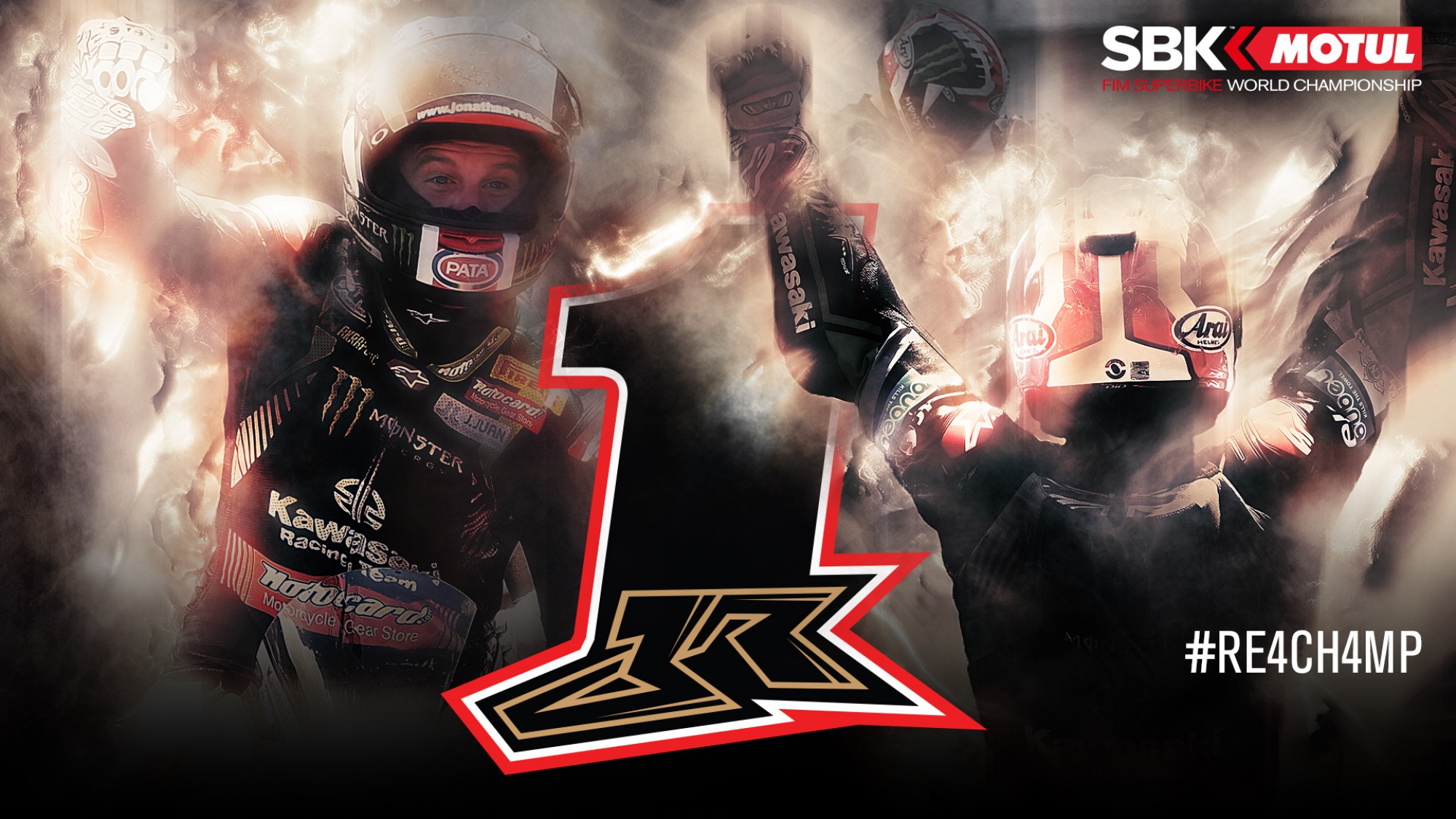 After facing one of his toughest challenges yet, Jonathan Rea (Kawasaki Racing Team WorldSBK) has secured another stunning feat, taking his fourth consecutive MOTUL FIM Superbike World Championship title by a sensational 130 points.

At 31 years of age, the racer from Ballymena in Northern Ireland is continuing to make history with the unstoppable combination of his racing talent and the ZX-10RR. Since joining Kawasaki Racing Team WorldSBK in 2016, Rea has been a winning machine, taking four back to back world titles and 52 victories in four seasons. Making history in 2018 by breaking the overall victory record of 60 wins in WorldSBK with a race one victory at Brno, he has now become only the second rider to take four titles in the world’s fastest production based motorbike championship, and the first to do so consecutively.

2018 has proven to be his biggest challenge yet, as himself and his Provec Racing squad have been working around the new regulations which were introduced this season – aiming to create more parity throughout the class. Adding extra challenges, Rea took it all in his stride and despite a tough opening round at Phillip Island Grand Prix which saw him hindered by the flu and a pre-season finger injury. Leaving Australia with a top five and second position finish, he was ready to bounce back in Thailand.

Chang International Circuit was the setting for the second round of the season, and Rea was back to his best in race one – taking the victory by 1.5s after a strong fight from Xavi Fores (Barni Racing Team) and Chaz Davies’ (Aruba.it Racing – Ducati) Panigale R machines. However race two threw up some challenges, as his Ninja machine had some brake issues in the Thai heat meaning he could only secure a top four finish. Leading the championship charge as the series headed to Europe, there was never a doubt Rea was the man to beat.

Beginning what was set to be an intense part of the season, the British rider once again took the victory in race one as the series took on MotorLand Aragon in a stunning performance. But the reversed grid rules offered a challenge to Rea in race two, and he was unable to match Davies’ pace as he took second position in Spain. With the championship heading straight to TT Circuit Assen for a back to back race weekend, Rea was ready to take on his new crown as the King of Assen. With a stunning record around the Dutch circuit, a win in race one meant he was the most successful rider at Assen. But he was unable to stop team-mate Tom Sykes (Kawasaki Racing Team WorldSBK) in race two, after the British rider put on a stunning performance.

Taking on Ducati territory at Autodromo Internazionale Enzo e Dino Ferrai di Imola for round five, Rea found his time to shine in 2018. Taking a double victory around the notoriously tight and twisty track, he also secured his 59th WorldSBK win and got one step closer to the overall win record. Stunning with his pace around the technical Italian circuit, he was able to leave Imola with a 47 point championship lead and on the verge of making more history.

Welcoming a return to his home turf of Donington Park, Rea had a more difficult weekend in Leicestershire – suffering from arm pump. Unable to hold off the stunning pace from debut winner Michael van der Mark (Pata Yamaha Official WorldSBK Team), Rea left the United Kingdom with a second and third position finish but an extension of his championship lead. Determined to be back on top in round seven, Automotodrom Brno was a weekend of ups and downs in Rea’s title chase. Experiencing ecstasy in race one, with his 60th victory to secure him the overall win record in WorldSBK, he saw heartbreak in race two with his first DNF of the season following a coming together with his team-mate.

But off the back of his DNF, he went onto win four races in a row. Stunning under the Californian sunshine of Laguna Seca, Rea was untouchable around the fast and flowing circuit and he looked to be riding his ZX-10RR on rails. Misano World Circuit Marco Simoncelli was the setting for round nine, and the round before the summer break. Important to enter the break off the back of a strong weekend, Rea was once again unstoppable with his team and he took a stunning double victory, although had to work for it in race two.

After nine weeks away from racing action, the Nolan Portuguese Round welcomed a sensational return to action for Rea, and he was able to secure his third consecutive double victory in Portugal. On top of this, it was his fifth and sixth consecutive victory in 2018 and he now had one hand on the world title after a sweltering weekend at the undulating track.

Returning to the scene of the track which saw Rea take his 2017 crown, Circuit de Nevers Magny-Cours took on another huge importance for the Northern Irishman. But he was on such a roll heading to France, it was hard to see anyone stopping him, and no one did. Rea was crowned world champion in France for the second season in succession, writing even more history as he takes a sensational fourth back to back title.

Is there any stopping Rea? As he continues to make history and headlines, you can congratulate him with: #RE4CH4MP