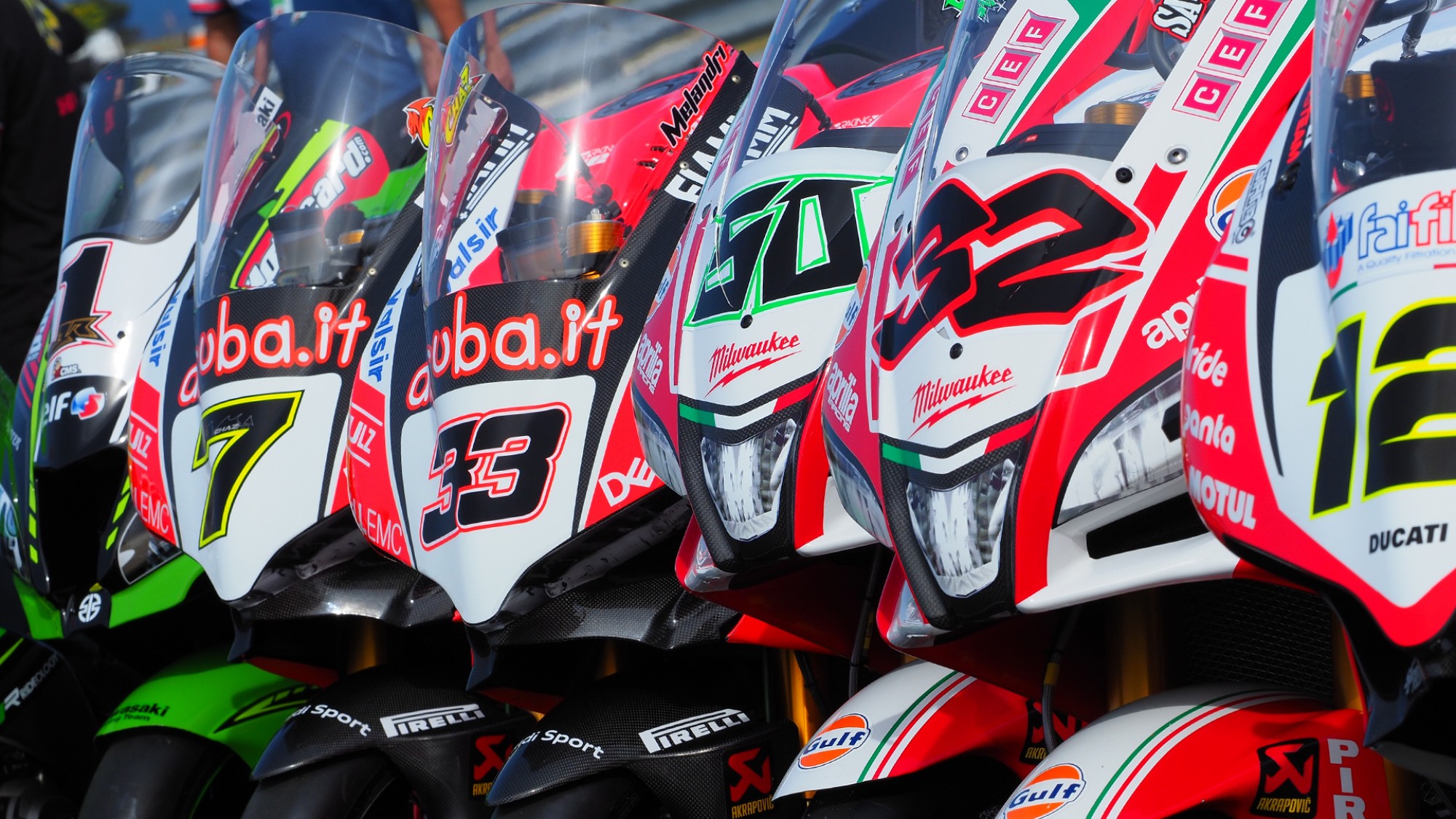 The opening round of the 2018 MOTUL FIM Superbike World Championship was held three weeks ago at Phillip Island, and the Australian event saw the first WorldSBK take place with the new regulations implemented. The goal of the new regulations is to provide more parity between factories and teams, provide closer and more exciting races for the fans, and to make the championship more affordable.

With three main updates implemented, the one which has attracted the most attention will be the rev limits which are set to be more controlled and most importantly changed throughout the season. Applied individually to each manufacturer, they will see a change in the maximum revs they are allowed and it can then be altered throughout the season. Aprilia, BMW, MV Agusta and Yamaha will start the season with 14700 rpm, Honda with 14300, Kawasaki with 14100 and Ducati with 12400 (due to their two-cylinder engine).

Seeing the biggest reduction at the start of the season, Aprilia and Kawasaki will have the biggest challenge. In 2017 the Italian bikes were running at a maximum of 15,800rpm, meaning they face a reduction of -1100rpm – the same as the Japanese green machines who have gone from 15200 to 14100rpm; whilst Ducati will see a reduction of -800rpm. These examples show that all the bikes will begin the season with lower engine revs, which were given to the teams with enough time in order to allow them to make the appropriate modifications throughout the pre-season as well as allowing the riders to adapt to them.

It’s not only the reductions at the start of the season, but the new regulations mean that engine revs can be modified at various times in the season. The new rules will mean that after a period of three rounds, adjustments of 250pm can be applied – putting them up or down. But how is this decided? Gregorio Lavilla, WorldSBK Sporting Director points out: "The modifications have been made to balance unfair situations, not to provoke them. They have been made to ensure there is maximum impartiality throughout the WorldSBK class. This is the first year of the new regulations, so we will see how everything works out. We believe we have been correct from the beginning, hopefully we do not have to touch the established limits all year round, but if we do, it will be with defined and impartial criteria.”

Although these regulations were discussed with and secured agreement from all sides of the Championship – manufacturers, FIM and Organization – the new format has had somewhat of a mixed reception, especially from part of the team who have dominated in recent years. Guim Roda, Kawasaki Racing Team WorldSBK team manager adds his opinion: "We understand that everything is part of a game: that of circling a circuit to see who is faster. We understand the interests of Dorna and FIM, and also the views of Kawasaki. In KRT we work for Kawasaki in a Dorna Championship, so it is our job to push the Kawasaki's to the limit and to be the best with the rules of the championship, even if we do not like them and we are spilt in opinion for in the final decisions.”

"In any case if people know that we are being hindered and we still win, it will be the best way to prove our potential, effort and precision," says Roda. "What it costs us the most is to make our riders understand that they have to give extra to continue being the best. But that will also give more value to their legend if we are able to turn it around.”

Xavi Fores (Barni Racing), who put on a phenomenal performance to secure a podium finish in Race 2 at Phillip Island with the winner Marco Melandri (Aruba it. Racing-Ducati) and Jonathan Rea (Kawasaki Racing Team) in second, believes that the engine regulation has a critical importance, and brings in other elements to the bike set up.

Fores explains: "This isn’t saying anything against anyone, but after the Australian race it was said by many that the regulations had hurt the Kawasaki and had benefited the Ducati. I think it is not understood that Phillip Island is a circuit that is very good for our bike, with its long and fast corners where our bike can defend well. On top of this Melandri is also a very light rider and is very aerodynamic, and the final corner is so fast. If you add all these factors up, you understand how he was able to take the slipstream to overtake Rea on the line. "

This helps to explain that although the limits on the engine revs has brought a challenge for the riders, its clear that there are still many other factors that can affect the results in the class. With more or less power underneath them, the individual talent of each rider continues to be a crucial element, as well as the characteristics of each circuit; the specific lines, or even the weather.

"I think that the regulations are the same for everyone, in the sense that all of us have lost revs," continues Fores. "It has been done to create a championship where riders and private teams can gain and compensate a little more. In my point of view they are fair, it is what it is and it’s there for everyone. This year will depend a lot on the characteristics of the circuit. There will be tracks where we will suffer more and others that benefit us more, because our bike has parts different from those of Kawasaki, Aprilia, Honda or Yamaha. We have to wait to see how the Championship goes as well as see how we perform in Thailand, which is an track all about acceleration and braking, and we suffered a lot last year. But, we will try to minimize the problems that this circuit gives us!”

Leon Camier has made the switch to the CBR1000RR with the Red Bull Honda World Superbike Team, who have lost a relatively small amount of revs: “I think we lost 300rpm so it will make a bit of a difference, but not so much – then again I don’t really notice because I’ve not ridden the bike as it was before. On track I’m not seeing a difference - Kawasaki are still the team to beat, they’re still strong and we’re right on their coat-tails. Yamaha have also upped the game, so I think it’s going to be our most competitive season yet.”

Another important element that comes into play in the 2018 season are the Concession Points. This is a system which has been put in place to control the development of the bikes out on track. The points are awarded when a manufacturer finishes on the podium: three points for a victory, two points for second and one for third. The results secured by each rider contribute to the final number of points for their manufacturer and determine the level of development teams and manufacturers can undergo.

In terms of the private teams, they will now have access to approved parts – such as key engine parts and chassis features - in order to help them match the levels of factory teams. This modification should allow a cheaper access to the factory parts, meaning the full field is now more competitive.

This aspect of the regulations will also be a changing one, as we wait to see if the updates have made a change to the competition out on track – therefore seeing if the updates have had an impact. Gregorio Lavilla points out that this change may not be noticeable until the mid-way point of the season, or even until the end of the year: "This is not an sport for the individual, there are a number of extra factors. We have to look for the whole grid, to ensure the competition is more open and balanced; we wanted our sport to have the most exciting races as possible, and to create a stage for new and private teams to be able to fight for a Championship.”

The regulations of the MOTUL FIM Superbike World Championship can be seen in full on the FIM website, www.fim-live.com.

The world's fastest production based motorcycle’s will heads to the second Round of the season next week in Thailand, and you can keep on track with all the updates from Chang International Circuit and throughout 2018 with the WorldSBK VideoPass.