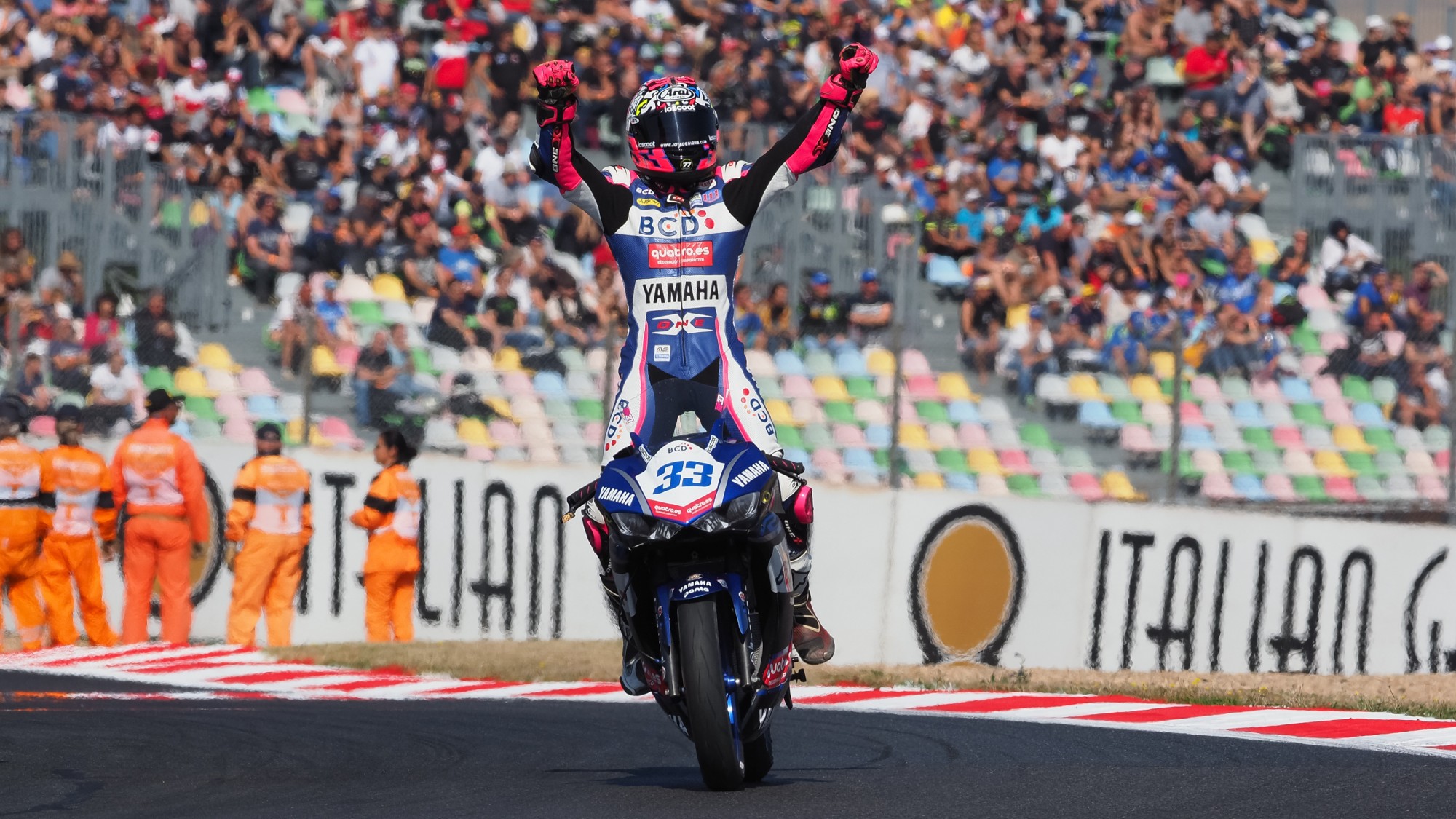 In an unbelievable WorldSSP300 race at the ACERBIS French Round, Ana Carrasco (DS Junior Team) became the first ever female motorcycle racing World Champion after clawing her way back from P25 on the grid to finish P13 at the chequered flag, just enough to see the Spaniard beat Mika Perez (Kawasaki ParkinGO Team) by a single point. The fellow Spaniard lost out on a Championship winning P1 to eventual race winner Daniel Valle (BCD Yamaha MS Racing) at Turn 15 on the final lap.

As the lights went out, Tom Edwards (Nutec - Benjan – Kawasaki) got the holeshot from P3 on the grid to lead the field on the opening lap, with title contenders Scott Deroue (Motoport Kawasaki) and Perez slotting into P2 and P3. Meanwhile, Carrasco remained outside the top 20 as it looked like an increasingly difficult task for her to be crowned Champion. But then, disaster struck for second in the title race Deroue with eight laps to go as he battled for the race lead, a mechanical failure leaving the Kawasaki rider having to pull into pitlane and out of Championship contention – desperately unlucky for the Dutchman.

This left Perez and Luca Grunwald (Freudenberg KTM WorldSSP Team) as the only two who could oust Carrasco from P1 in the Championship, both of whom were in at the front of the leading pack. The battle for first kept changing in classic WorldSSP300 fashion, with the Championship standings adjusting corner by corner as Perez kept threatening the lead of the race - Carrasco now starting to make her way into the points with three laps to go.

The tension was palpable and heading onto the final lap as Perez needed the race win to claim the title. The Spaniard sat in fourth but soon carved his way to the front halfway through the lap – Carrasco meanwhile was P13. Perez kept his cool to lead heading into Turn 15, but Valle then made his move – making it stick, giving Perez no time to respond. Valle took his maiden victory, Perez was a distraught second as Carrasco came over the line in 13th to create history by a single point.

After a stunning and drama-filled final round of the 2018 WorldSSP300 Championship, history was created as Ana Carrasco takes the title. What a way to end another phenomenal season.

Remember to tune into the WorldSSP race, as well as WorldSBK Race 2 on WorldSBK VideoPass, as well as the remaining two rounds from those respective Championships. 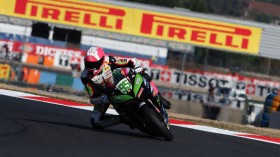