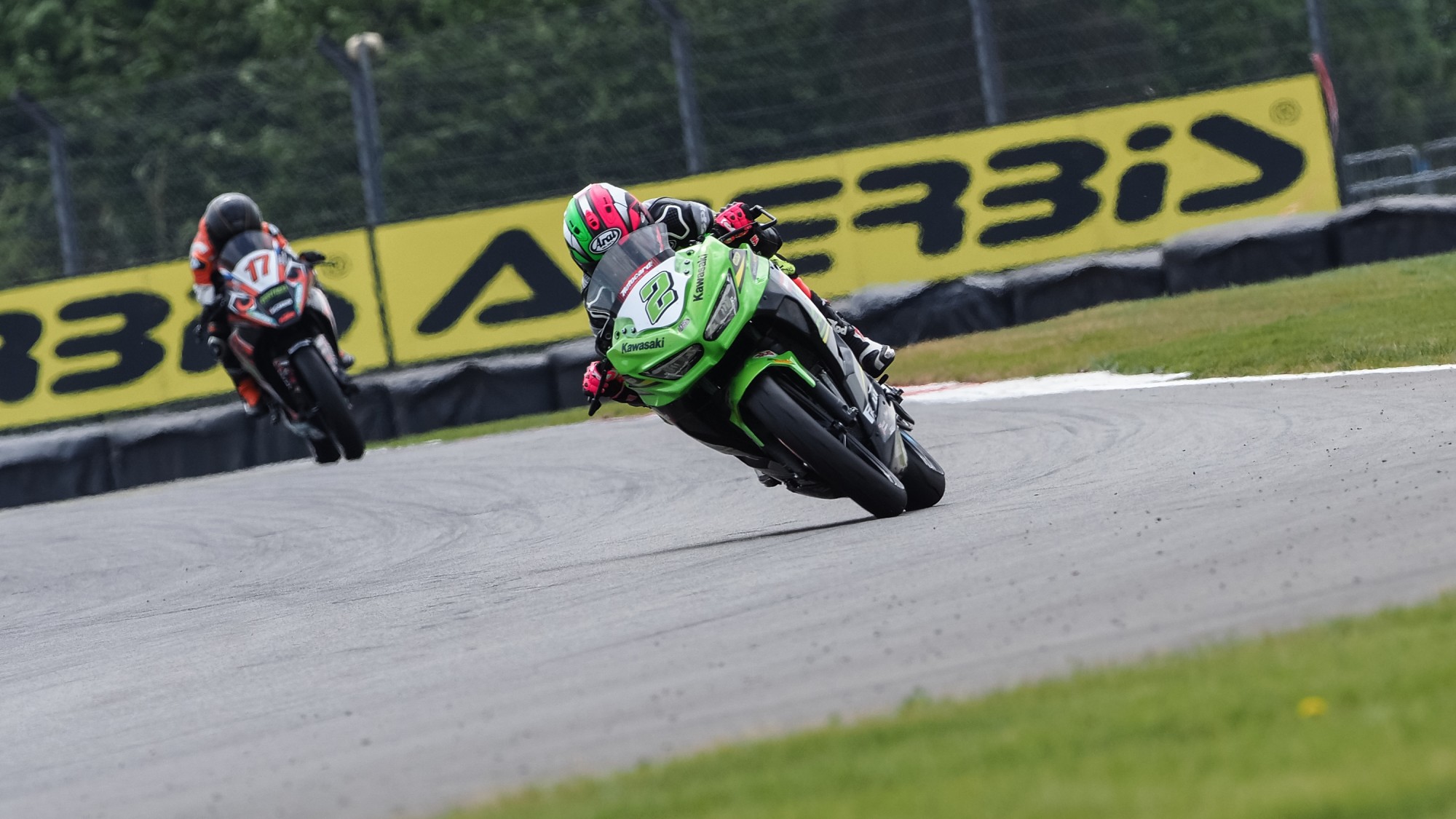 Ana Carrasco (DS Junior Team) held and extended her lead in the FIM Supersport 300 World Championship with a dominant display at Donington Park. The Spaniard was unstoppable at the Prosecco DOC UK Round, taking the first-ever Grand Slam in WorldSSP300 – pole, win, fastest lap and all laps led. Behind, another frantic last lap dash saw her teammate Dorren Loureiro (DS Junior Team) taking his first podium finish in WorldSSP300.

Carrasco knew that, just as at Imola, her pace with an open track ahead was nearly unbeatable. All she needed was a good start, which Carrasco nailed down, shooting ahead while Koen Meuffels (KTM Fortron Junior Team) and Mika Pérez (Kawasaki ParkinGO Team) got caught up in the podium tussle.

With the Murcian, who now leads the championship by 22 points, racing off into the distance, a thrilling battle for second emerged into the final lap. Scott Deroue (Motoport Kawasaki) had managed to open a gap and controlled his return to the podium midway through the race, but late mistakes, including a last-lap journey through the Fogarty Esses, meant that he dropped all the way back to sixth.

With Deroue out of contention, it was finally Loureiro edging ahead at the flag, with Borja Sánchez (ETG Racing) scoring a second successive podium in third. Enzo De La Vega (GP Project Team) managed his best result of the season in fourth, with Meuffels in fifth.

Jan-Ole Jahnig (Freudenberg KTM Junior Team) made his way to the flag in seventh, with Pérez down to eighth, Galang Hendra Pratama (BIBLION YAMAHA MOTOXRACING) in ninth, and Luca Grunwald (Freudenberg KTM WorldSSP Team), still second in the championship, finishing his Donington weekend in tenth.

Another wild WorldSSP300 race! Race number 5 arrives in two weeks’ time from the Acerbis Czech Round. Catch all the action from this weekend, and gear up for Brno, thanks to the WorldSBK VideoPass. 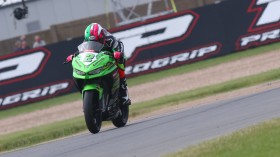