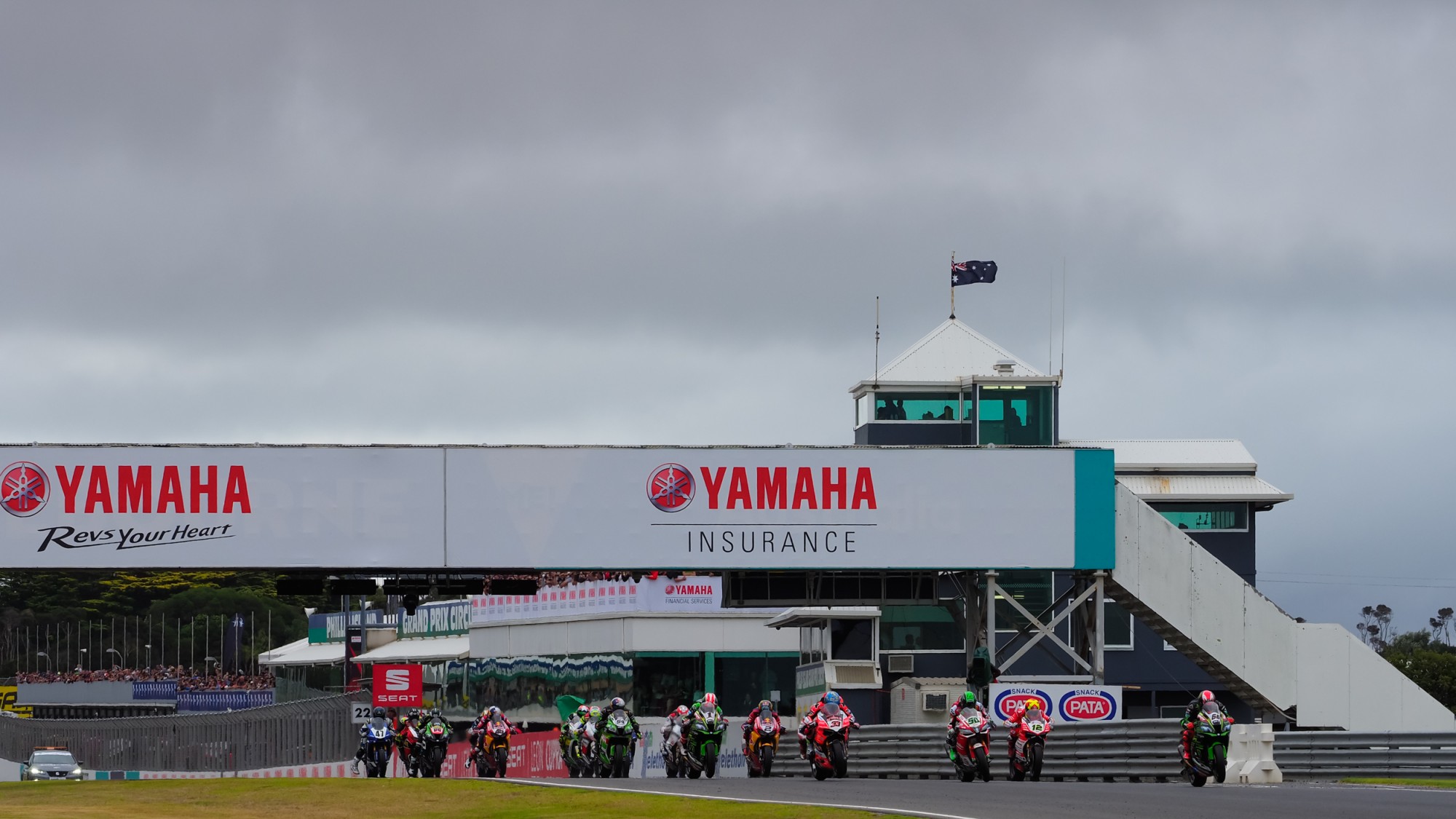 21st win in WorldSBK for Marco Melandri: equalled Max Biaggi as the most successful Italian rider in history (12th all-time spot). This is the 13th different track in which Melandri takes a WorldSBK win. Previously in the prototypes championships, he has won here in 125cc (1999), 250cc (2002), MotoGP (2006). Melandri broke a string of 12 consecutive British wins, starting in Laguna Seca/1 last year. The last 41 WorldSBK races have had 39 British winners and 2 wins by Melandri. Melandri also broke a record string of 6 British wins at Phillip Island (5 by Rea, 1 by Leon Haslam).

Melandri is the first Italian who leads the Championship standings since 2012 (Max Biaggi, World Champion). In that season, Melandri was at the top of the standings after the second Moscow race, his only time at the top before today. 2012 is also the year of the only other Italian winner at Phillip Island: Max Biaggi in Race 1. Melandri won with 1.180 seconds over Tom Sykes: it’s the first time since 2014 Race 1, in which the winner has enjoyed a lead of over one second at the flag. At the time it was Eugene Laverty winning with 2.959 seconds over Melandri. By leading the championship, Melandri has broken the all-time sequence of races at the top of the standings: Jonathan Rea had been the sole leader for the past 76 races. Ducati won the opening race of the season for the first time since 2011 (Carlos Checa). Heading into Race 2, Melandri is looking for his first double since the 2014 Jerez weekend. In qualifying, Melandri was 3rd for the 3rd straight year at Phillip Island.

100th podium with Kawasaki for Tom Sykes, equals the all-time record held by Carl Fogarty (100 podiums for Ducati). This was Sykes’ best result at Phillip Island: previously he has finished three times third here. In Race 2 he will try to win for the first time at Phillip Island: the only track on the current calendar - with Losail - in which he has raced but hasn’t won yet. 43rd career pole: equalling Troy Corser as the rider with most poles in WorldSBK history...on Corser’s home track. 3rd pole in Phillip Island: equalling Troy Bayliss. Only Troy Corser has started more times from pole here (4): Corser recorded his first Phillip Island pole 20 years ago (1998). The next podium placement for a Kawasaki rider will bring the total for the Japanese manufacturer up to 350. Ducati is leading the standings with 865 total podium placements, followed by Honda at 392.

68th career podium for Davies, who picked up where he left in 2017: this was his 6th straight podium, in his 6 straight weekend without a front row grid spot. In the last 11 races, Davies was on the podium no less than 9 times, always starting 5th or lower. After the first race in Phillip Island, Melandri, Rea and Davies are tied as the active riders with most podiums in Australia, 6. That is half of the riders with most Phillip Island podiums, Troy Corser (12). With the double podium in Race 1, Ducati now counts exactly 60 podium finishes in Phillip Island. The next best manufacturer is Honda at 27.

A constant progression of results for Xavi Fores, as he was 6th and 5th last year and 4th this year in Race 1. In race 2 he will start for the second time from pole after the second Assen race last year.

Jonathan Rea started the 2018 season on the back foot:

- his 6th grid spot put an end to his best string of front rows in qualifying, 9, started in Imola last year;

- he was not the championship leader after 76 straight races (all-time record);

- this was his 9th race without a podium finish since he joined Kawasaki 79 races ago;

- first race finished outside of the podium since Magny Cours 2016/1 (4th in the wet). (When he finished the races in 2017 he was always on the podium). Up to now, Rea had finished only first or second at Phillip Island when racing for Kawasaki (6 races).

Lowes recorded his best qualifying spot here: 4th after 4 weekends in Phillip Island in which he had always qualified 5th.