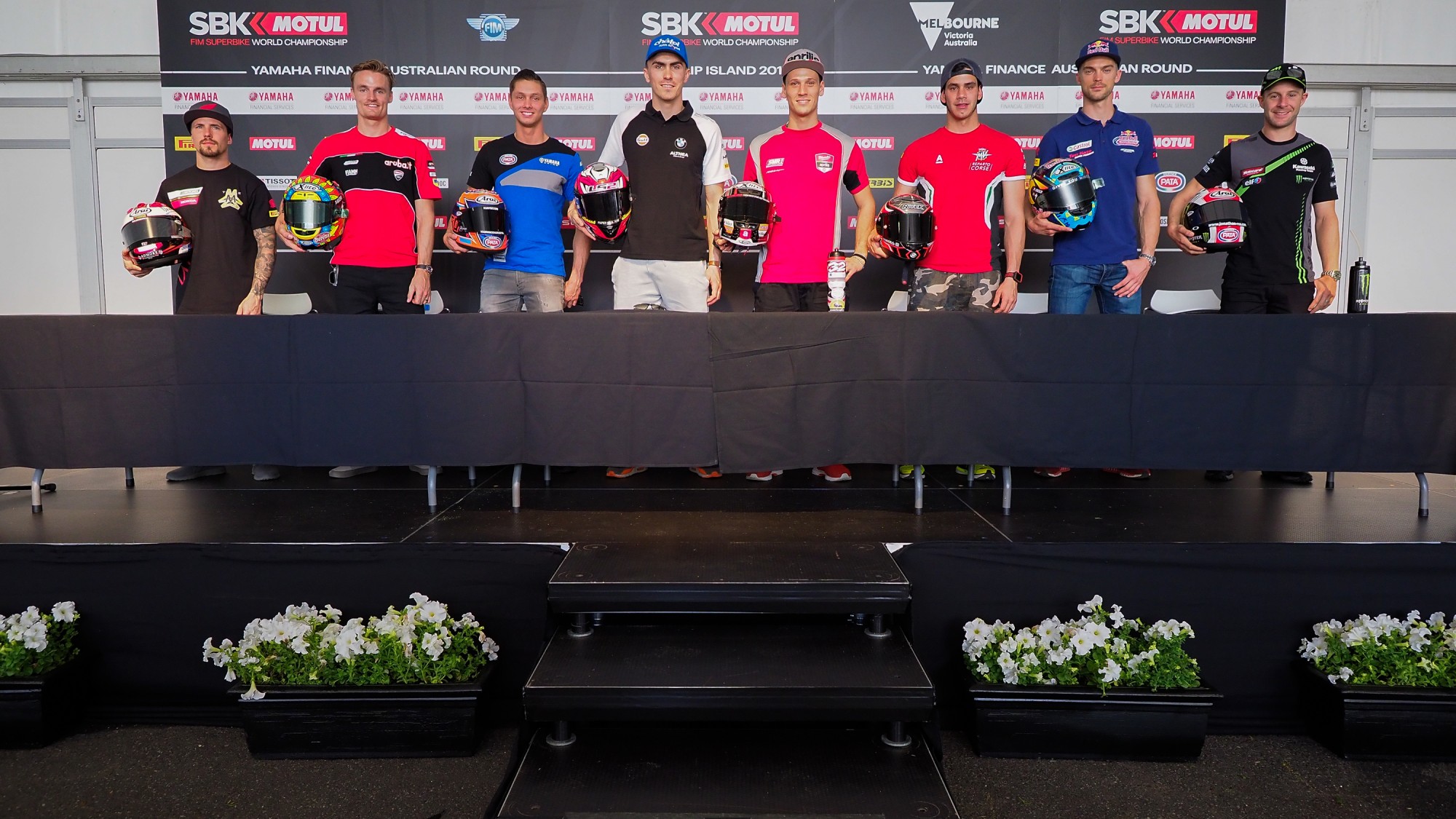 With expectation building ahead of the ever popular Yamaha Finance Australian Round, Phillip Island Grand Prix circuit played host to the now traditional MOTUL FIM Superbike World Championship season launch, as the 2018 stars of the series welcomed the new season with open arms in front of the world’s media.

Riders spoke about their aspirations for the year ahead, as well as the new rules which are set to be implemented – something that all riders are looking forward to. Explaining they are keen to see how these rules work out, all eight riders are setting their sights high ahead of 2018. Set in the backdrop of rider favourite Phillip Island, there is bound to be plenty of on track action to keep an eye on. Whilst with the introduction of new riders and new teams, it will be a season to remember.

WorldSBK Executive Director Daniel Carrera was thrilled to officially launch the championship Down Under: “I think there is no better place to start the championship than Phillip Island. There is an amazing atmosphere, the layout of the track is one of the best in the world and the races are always decided on the last lap, we are looking forward to another fantastic event. We have been working with Phillip Island to implement some changes this year, as we continue to follow the strategy of bringing the action closer to our fans. Fans can now enjoy Parc Ferme, which will be brought into the paddock as we saw last year in Qatar, so we are looking forward to seeing all the fans enjoying the weekend."

Three-time and reigning world champion Jonathan Rea can’t wait to get back on his Kawasaki bike: “It’s really nice to start the championship here, the circuit has done an incredible job and the track looks fantastic. Testing has been going well and I feel quite strong, so I’m looking forward to the lights going out on Saturday and Sunday. It’s the first event of many through the season and I’m just trying to kick off in a positive way, I have a lot of support and family coming to this round. As Daniel pointed out, its one of the races that’s always exciting on the last lap, so it’s one I look forward to.”

It wasn’t just WorldSBK riders who were preparing for the season to re-start, 2017 FIM Supersport World Champion Lucas Mahias (GRT Yamaha Official WorldSBK Team) was present and can’t wait to get going: “I am ready to start my second season in the championship, and it’s good, I’m so excited. I am very happy to start racing at Phillip Island, it’s a very nice track for me. I don’t have as much stress as last year, it’s the same bike, the same team and I’m enjoying the racing on a good bike.”

On-track action begins on Friday morning with WorldSBK Free Practice 1 at 9.45LT (+11 GMT) as riders become acquainted with the track, before the first race of the 2018 season begins at 15.00LT on Saturday, and the battle continues into Sunday with race two again at 15.00LT, and all can be followed from the WorldSBK VideoPass.