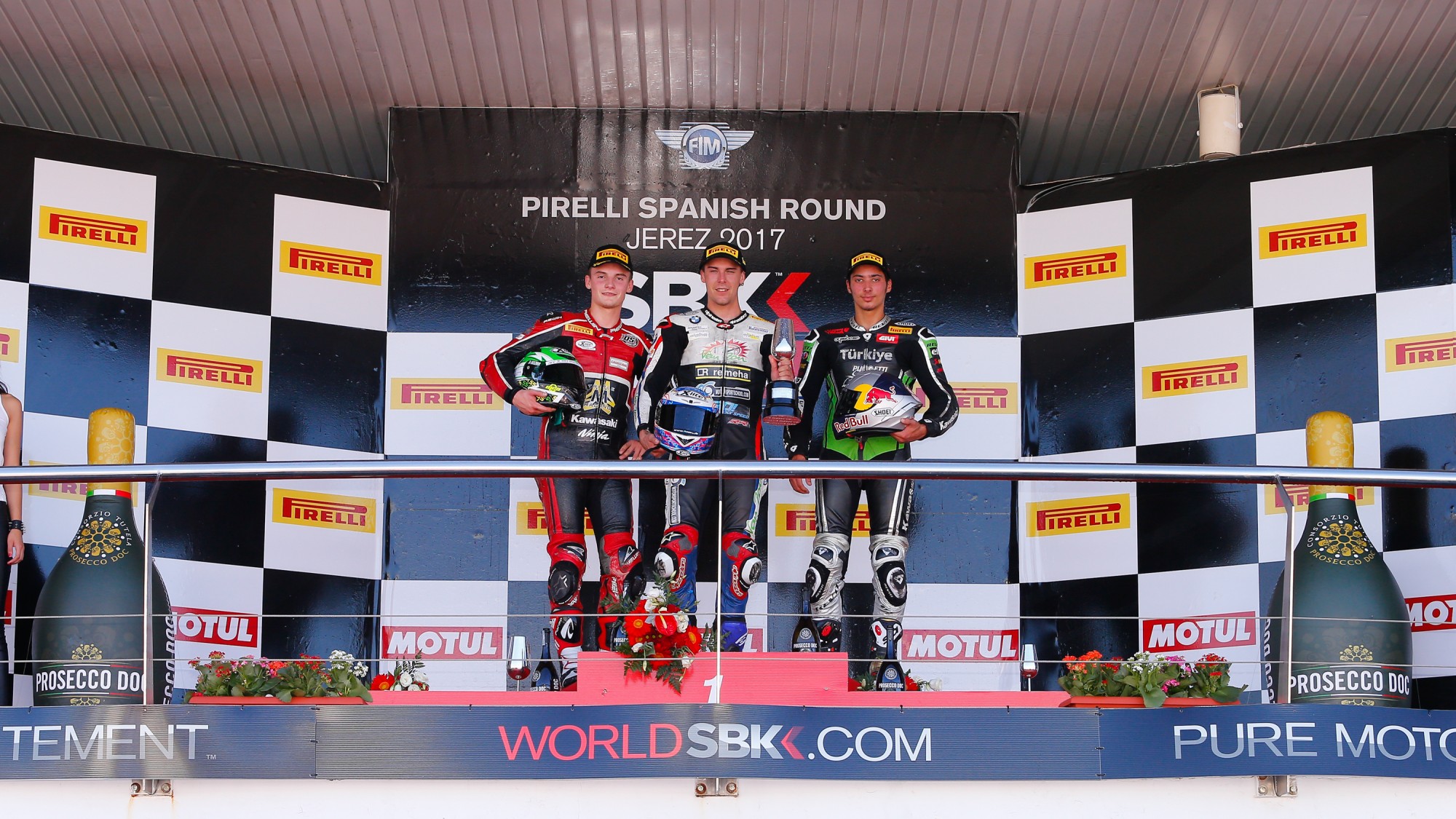 German rider wins at Jerez with Mykhalchyk and Razgatlioglu on the podium, as Rinaldi takes 2017 title

There was drama on the first lap at turn 2 as title contender Florian Marino (Pata Yamaha Official STK1000 Team) crashed with Florian Alt (Team Yamaha MGM), in an incident which also involved Alejandro Medina Mayo (Cardoso School Racing). Medina was given a ride through for his part in that early clash which was to be so costly for Marino’s title aspirations, as the Frenchman ultimately finished in 20th place.

That left Rinaldi and Razgatlioglu to fight out the title between them, with the pair riding together for several laps behind the front runners. There was a big scare for Rinaldi as he was almost hit by Jeremy Guarnoni (Pedercini Racing) with four laps to go.

Guarnoni was penalized for the incident but Rinaldi survived the scare and brought it home in sixth place, which was enough to give him the title, despite Razgatlioglu finishing on the podium behind the rampant Reiterberger and second placed Mykhalchyk. 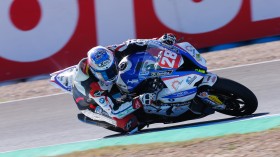 German former WorldSBK rider on pole at final STK1000 round, with Jones and Tamburini also on front row