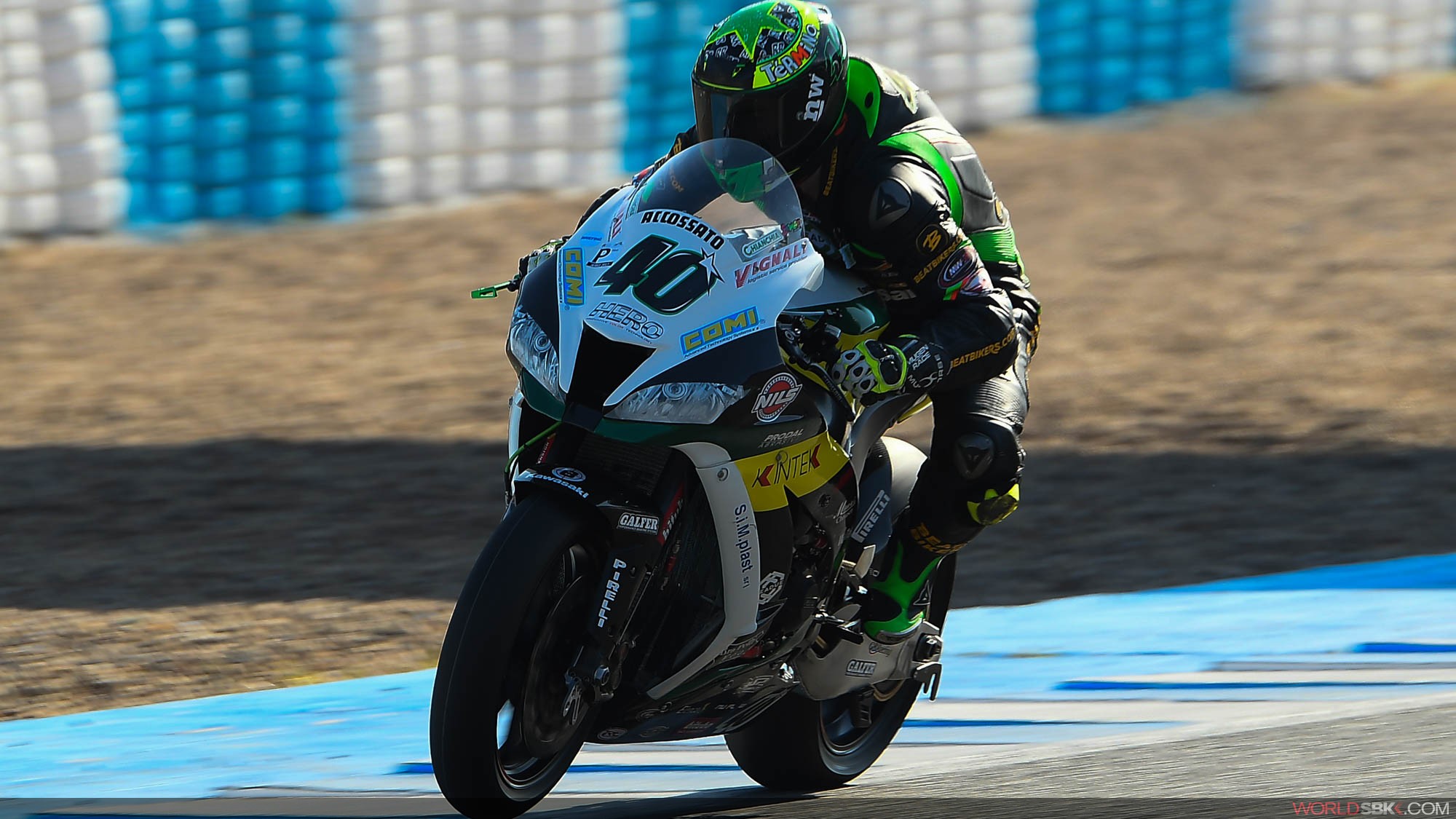 Heading to the sunny Andalucían circuit of Jerez, Team GO ELEVEN hit the tarmac for the first time of 2017 with all riders present to get a head start on the upcoming season.

Roman Ramos, who will be tackling the Kawasaki ZX-10R for the third season in the WorldSBK class, was able to test the new electronic and throttle body system as well as new parts of the bikes frame. On top of this they were able to test a new shock absorber, and the Spaniard was satisfied with the updates to his machine. Himself and the team felt they were able to make strong steps towards his campaign; he improved on his lap time set in the 2016 race and begins to build a solid base for the season ahead.

World Supersport rider Gino Rea also had a successful weekend testing with his new team for 2017, making the move to Team GO ELEVEN. From the first lap out on the ZX-6R, the British rider had a strong feeling. Focusing on his riding style he then began to test more technical aspects of the bike, as he soon felt more comfortable. Gathering plenty of data across the three days, the WorldSSP podium finisher worked on a new front fork and clutch. Building up trust with his Kawasaki, the team were thrilled with his progress over such a short test.

It was a big weekend of learning for Japanese newcomer Kazuki Watanabe as it was his first time out with the team at Circuito de Jerez. However he was able to learn quickly and spent the test understanding how the team work together. Working his way through different aspects of the bikes set-up, Watanabe worked through different bike set-ups as well as the new clutch and rear suspension. Already securing a strong feeling with his new bike, the 26 year old impressed his new team and will continue to build a strong rhythm and relationship with both the team and bike.