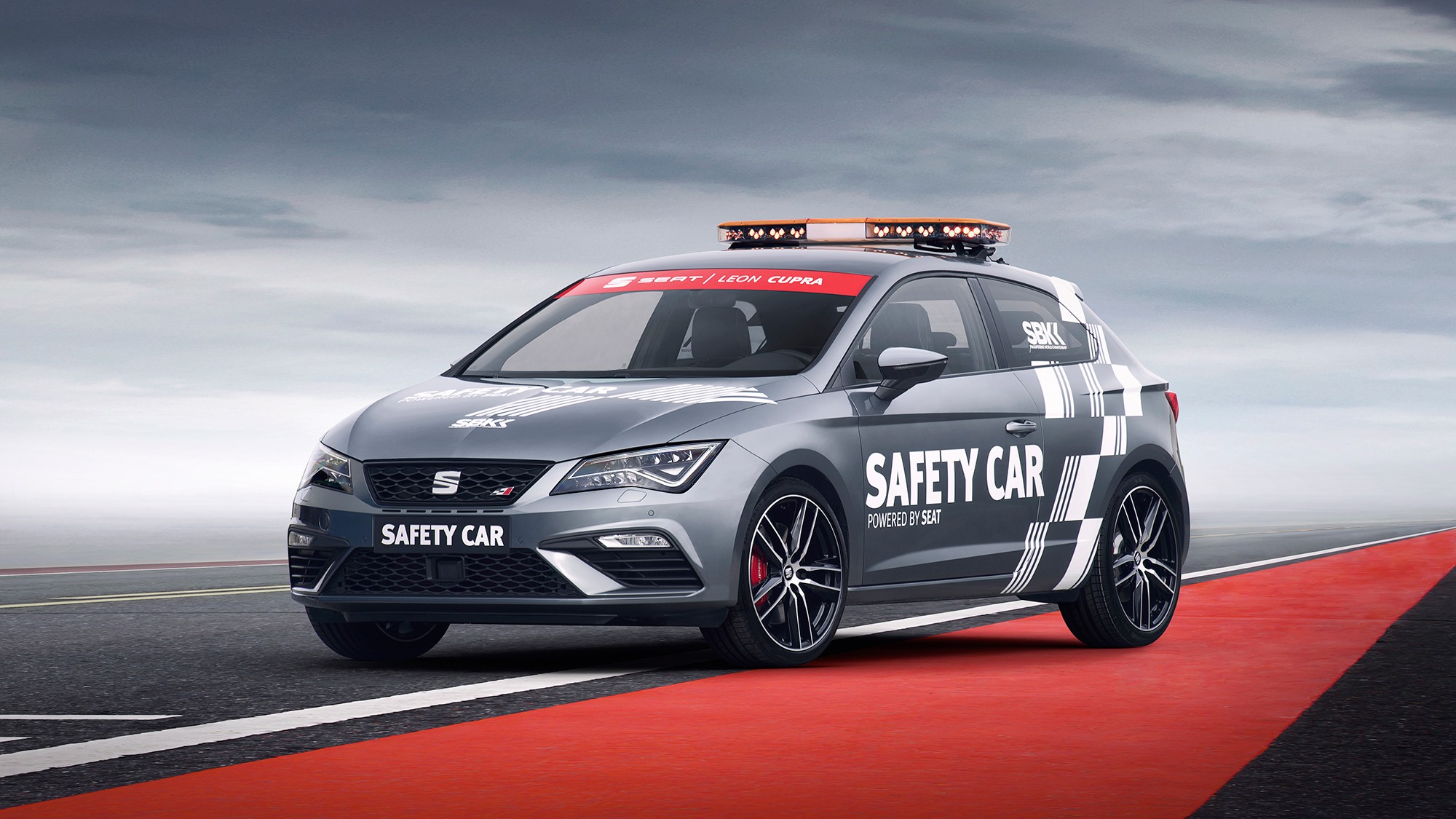 The Leon CUPRA, the most powerful model in SEAT history, will be the Official Safety Car of WorldSBK.

SEAT and Dorna WSBK Organization have signed a sponsorship agreement for the MOTUL FIM Superbike World Championship. The Leon CUPRA will become the official safety car for the world´s fastest production based motorcycle series, when it kicks off on the 24th February at Phillip Island Grand Prix Circuit in Australia.

SEAT, a Brand of the illustrious VW group, sees that this association will enable the Spanish brand to reach a wide audience of motoring enthusiasts, who are perfectly suited to the performance characterised of the Leon CUPRA.

In addition to showcasing SEAT on billboards around the world’s circuits at each and every round of the championship, the sponsorship agreement also enables the Leon CUPRA to feature as a safety car in a worldwide series for the first time ever. The stunning model will be on track during the warm-up lap of every race in each category. On top of this, an exclusive experience will be offered, providing fans with the chance to understand the power of the Leon CUPRA in all its glory at WorldSBK circuits around the world.

WorldSBK projects core SEAT values such as “dynamism and technology” says Director of Strategy, Business Development and Operations at SEAT Sport, Antonino Labate. “We are very pleased to partner with the MOTUL FIM Superbike World Championship  - with the Leon CUPRA as the official safety car -  as it gives us the ideal platform to demonstrate our model’s features and performance. We hope the fans enjoy seeing the car both on and off track during the events” he declares.

“I’m very happy with the SEAT Leon CUPRA arrival to the MOTUL FIM Superbike World Championship,” adds Marc Saurina, WorldSBK Sales and Marketing Director. “The SEAT Leon CUPRA positioning fits perfectly with our championship - where the fans experience is an essential part of our DNA”

The SEAT Leon CUPRA is the most powerful in the history of the Barcelona-based brand. The new model - which is set to reach dealerships in March - represents the values of the SEAT brand by combining attractive design with cutting-edge technology.

The model will be making its debut as WorldSBK Official Safety Car on 24th February at Australia’s Phillip Island Grand Prix Circuit; one of the most spectacular tracks on the world motorcycle racing scene. The championship season includes 13 races in 11 different countries, on three continents.