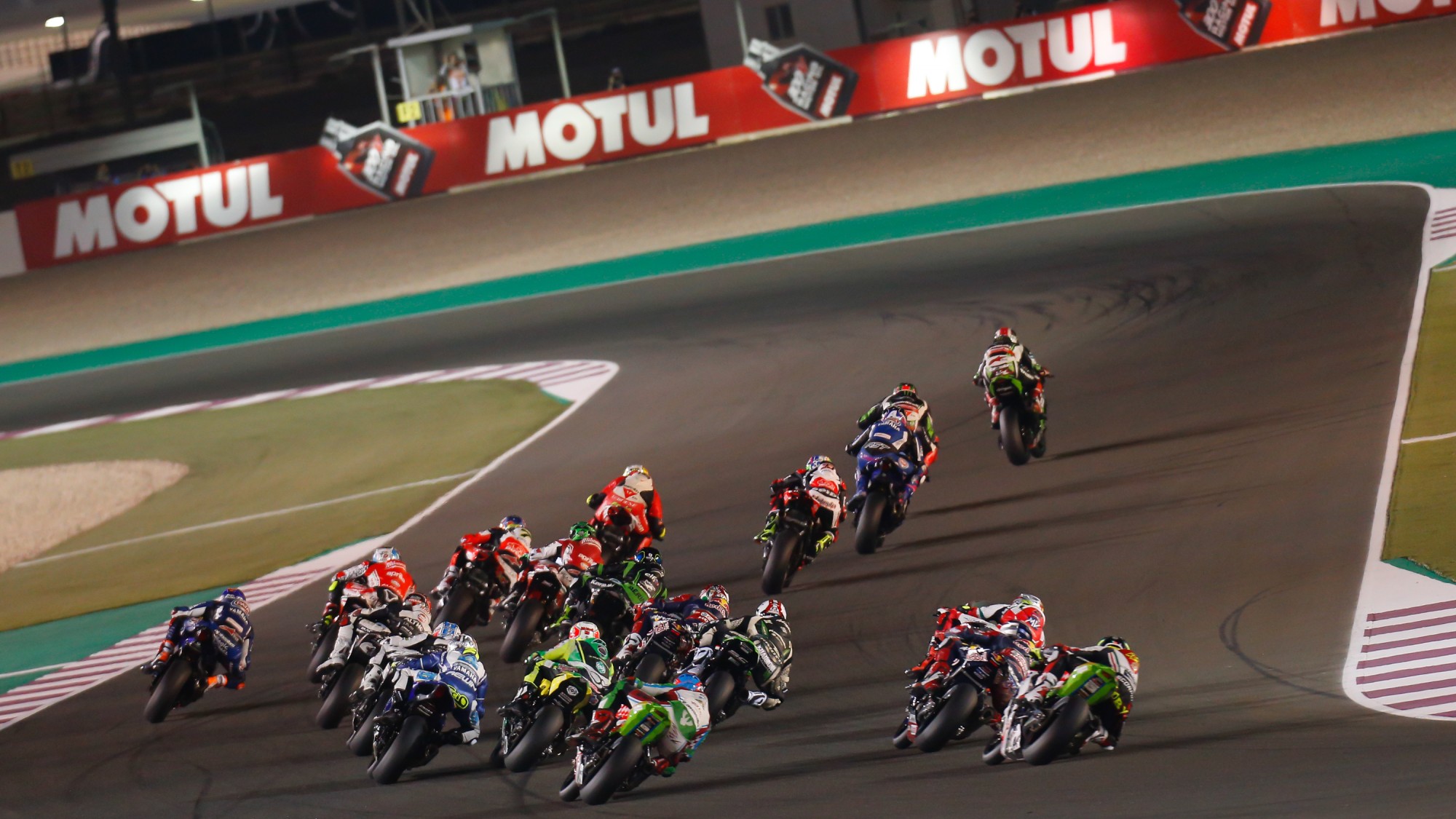 Jonathan Rea completed his collection, as he has now won at every circuit on the current calendar. Losail is the 17th winning track for him out of 22 in which he has raced. This was his 53rd win and 111th podium finish, his next podium will be his 70th for Kawasaki. 15th win of the season: the second-best all-time result alongside Carlos Checa (2011): the absolute record can’t be matched this year, as Doug Polen won 17 times in 1991, but a 16th win would be a first in the current era marked by a single tyre supplier, started back in 2004. Has led Race 1 from lights to flag: in his career he led no less than 18 races, the same of his team-mate Sykes. That is the best value in the modern era (Lap Chart data is available since 1998). Rea was the sole leader in 6 races this year, four times in the last seven.  Led 260 laps out of 505 this year, more than a half of the total, and raced in the top-5 in 481 of the 483 laps run this year, missing out only the first two laps in the second Magny Cours race, when he retired due to a contact with Laverty: that is the only race he hasn’t won in the last seven run. 23x3 - For the third consecutive season, Rea has climbed on the podium 23 times, his season best. A 24th podium will take him only one step from the all-time record of 25 set by Colin Edwards in 2002. When Rea finished the races this year, he always climbed on the podium. His tally of 531 points is just 17 shy of his personal best (2015). With a win, he will take the absolute record from Colin Edwards, 552 points, set in 2002. Rea recorded the 219th British win in WorldSBK in Race 1. Great Britain is the leading country, now 100 wins clear of the U.S.A. (119). Great Britain, the U.S. and Australia were tied for wins at 118 after the Nurburgring 2012 weekend. Since then, the U.S. won only one race with Nicky Hayden in Malaysia last year, Great Britain posted 101 wins, and Australia is still at 118, since Troy Bayliss’ last win in Algarve, 2008.

66th podium out of 150 WorldSBK races for Chaz Davies in Race 1, his fourth straight in the last four races, and his fourth straight in the last four races run at Losail. For the fifth straight weekend, Davies missed out on a front row grid spot in qualifying, his last one being a third in Laguna Seca. In the following 10 races he claimed 8 podiums, always starting outside the top-5. Race 2 will be his 100th for Ducati. He will become the 14th rider with 100 races for the Italian manufacturer. The standings are led by Lucio Pedercini: he raced 176 times with Ducati machinery in his career.

In Race 1, Sykes kept his record of having finished in the top-7 in all his 9 races run in Losail alive, as he finished sixth.  In Race 2 Sykes will have the third chance to become the second rider in history with 100 podiums for the same manufacturer, as the only one is Carl Fogarty (for Ducati). Sykes’ only podium for another manufacturer came in his second race weekend, in Donington, 2008, when he finished second for Suzuki. This was the only race weekend in Jerez where he wasn’t able to qualify on the front row.

With his 3rd place in Race 1, Marco Melandri has climbed on the podium at least once in all the 21 tracks in which he has raced in WorldSBK. The absolute record belongs to Troy Corser, on the podium on 25 tracks in his career.

In Race 1, Michael van der Mark ended a string of 11 races in the points. A bad day also for Yamaha: out of the points for the first time after 17 straight races.

Race 2 will be his 80th start for MV Agusta: he is the rider with most races for the Italian manufacturer, followed by Claudio Corti at 20.

In Race 1 Eugene Laverty equalled his best result of the season, a fourth he had previously scored in Algarve, Race 2.

Similar to Laverty: Lorenzo Savadori equalled his best result of the season in Race 1, a fifth he had scored in Assen, Race 1. Race 2 will be his 50th start in the World Superbike Championship.

In Race 1 Roberto Rolfo scored points for the first time after the 2011 Magny Cours race weekend, for a wait of six years. His maiden points came here in 2006: 11 years, 8 months and 9 days ago, making this the 20th longest span between points finishes in WorldSBK