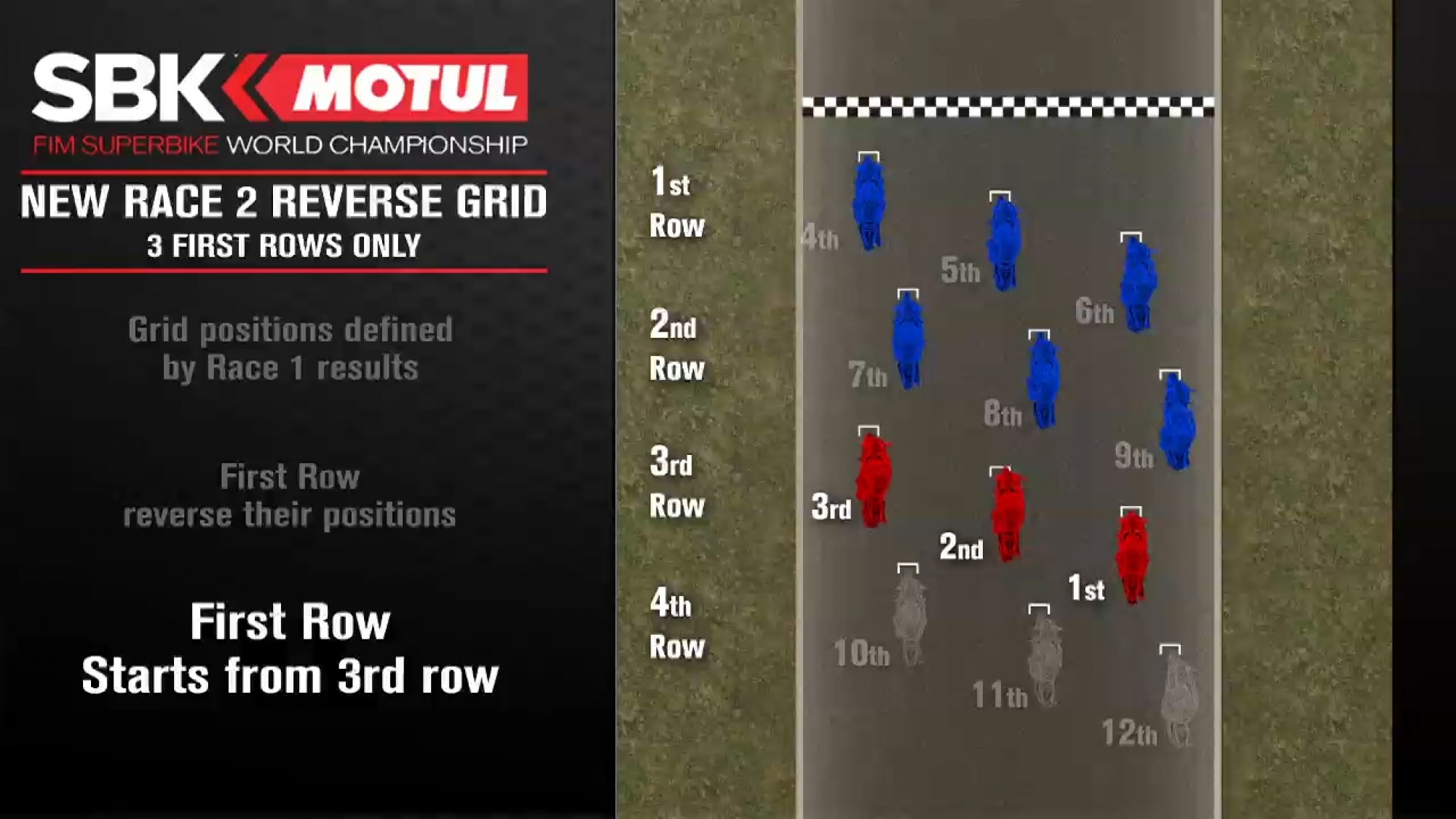 Who will start where under the new grid format?

For 2017, the MOTUL FIM Superbike World Championship has undergone some updates which will be finally put into practice this weekend, as the season gets underway at the Yamaha Finance Australian Round.

In a new format which will see the grid for race two revised, the WorldSBK paddock heads into the unknown ahead of Race Two on Sunday 26th February, with lights going out at 15.00 LT (+11 GMT). In a simple and inventive way of making the world´s fastest production-based motorcycle series even more gripping, the winner from Race 1 will start the next race from ninth position whilst the fourth position finisher will start from Pole.

Rea’s stunning heroics to take the victory on Saturday now means fans will be treated to seeing him fighting through the pack; aiming to quickly be up with Lowes, Leon Camier (MV Agusta Reparto Corse) and Xavi Fores (BARNI Racing Team), who will start on the front row.

Row two will consist of Jordi Torres (Althea BMW Racing Team), Eugene Laverty (Milwaukee Aprilia) and Michael van der Mark (Pata Yamaha Official WorldSBK Team), who crossed the line on Saturday in ninth. The updates to the rules for race two also means it gives riders who had a disappointing Superpole performance the opportunity to redeem their starting position for the second race.

From 10th position down, results will be determined on Superpole lap, times which puts Marco Melandri (Aruba.it Racing – Ducati) in tenth position despite crashing out on the seventh lap.

Don’t miss any of the amazing action on Sunday, as WorldSBK heads into a new era of racing and the world will be watching to see who can make it onto that all important podium.