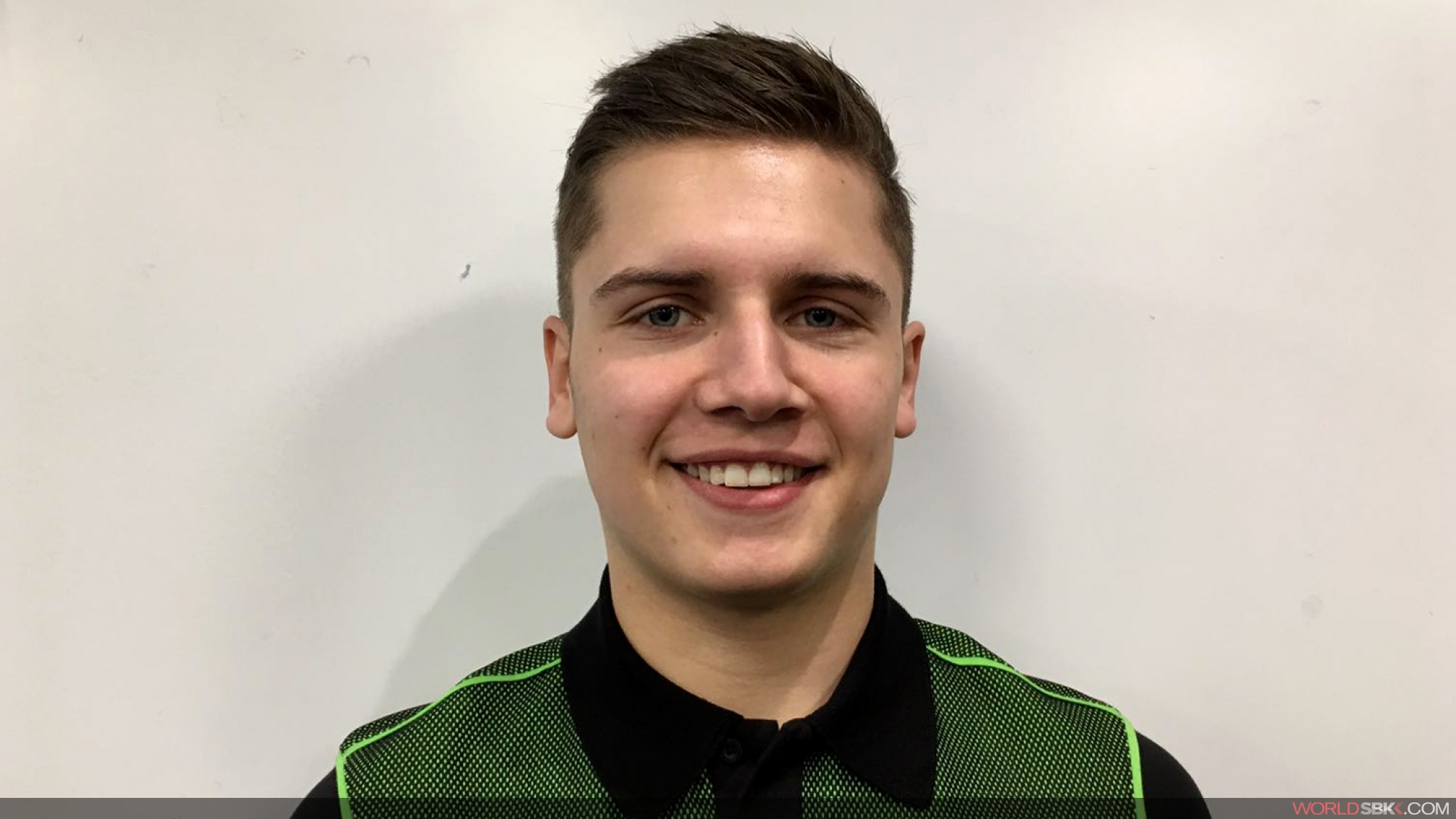 Kyle Ryde will join the Kawasaki Puccetti Racing squad for a full season of competition in the FIM Supersport World Championship in 2017, sharing a pitbox with five times World Champion Kenan Sofuoglu in the process.

Ryde’s original 2017 racing plans had been stopped in their tracks very recently but with help and encouragement from numerous sources, a deal was struck that now sees 19-year-old Ryde in an enviable position to display his undeniable talent all through 2017.A podium finish at his home WorldSSP round in Donington in 2015, when riding as a wildcard, led to a full-season opportunity in the class in 2016. After competing at world level on two types of machinery in the earlier rounds Kyle utilised Kawasaki machinery for the final few races last year. This has given him some important general experience of the Ninja ZX-6R before he steps up to his official bike next year. Kyle should have his first 2017 test over two days in Spain, between 24th and 25th January.

Young British talent is the latest rider to join the expanding Kawasaki and Puccetti operation in the overall WorldSBK paddock. Thus far the 2017 Kawasaki Puccetti Racing team features Randy Krummenacher in his first WorldSBK season, with Sofuoglu and Ryde on the Ninja ZX-6R in the WorldSSP division and Toprak Razgatlioglu challenging for the top prize in the revamped STK1000 European Championship. Michael Canducci, like Kenan and Kyle, will ride within the overall Puccetti WorldSSP pit-box set-up, but in the Puccetti Racing Junior Team FMI, which is operated in partnership with the Italian federation.

Kyle Ryde said: “I am delighted to have this ride in 2017 and grateful to the many people who have bent over backwards to help me to have this opportunity. To see where I was a week ago - not riding in WorldSSP and looking for rides again in the UK - it was hard for me. When I got told about this chance it was an awesome feeling. It was all sorted a couple of days after I spoke to my team manager, Manuel. My new team-mate Kenan likes me and messages me all the time to see how I am doing. He had helped me enough already, even when he wasn’t even my team-mate. He will be happy for me to be where I am now. Jonathan Rea has also been a big part of it and it is good to have a racer like him helping me.”

Manuel Puccetti, Team Principal, said: “I am very happy to be racing with a team like this. We have one really experienced WorldSSP rider like Kenan and our two young kids close to him. It will be very good to help grow their careers. Kyle and Michael each have a big talent and are only 19-years-old. To have a young team and young riders in the same garage as Kenan is very good for me. I am also happy put one foot in WorldSBK with Randy Krummenacher this coming year. It will take time to make sure of a good results because we know we will be fighting with truly official factory teams. This will not be easy. It will take time to improve our project and after some months we will see where we are.”