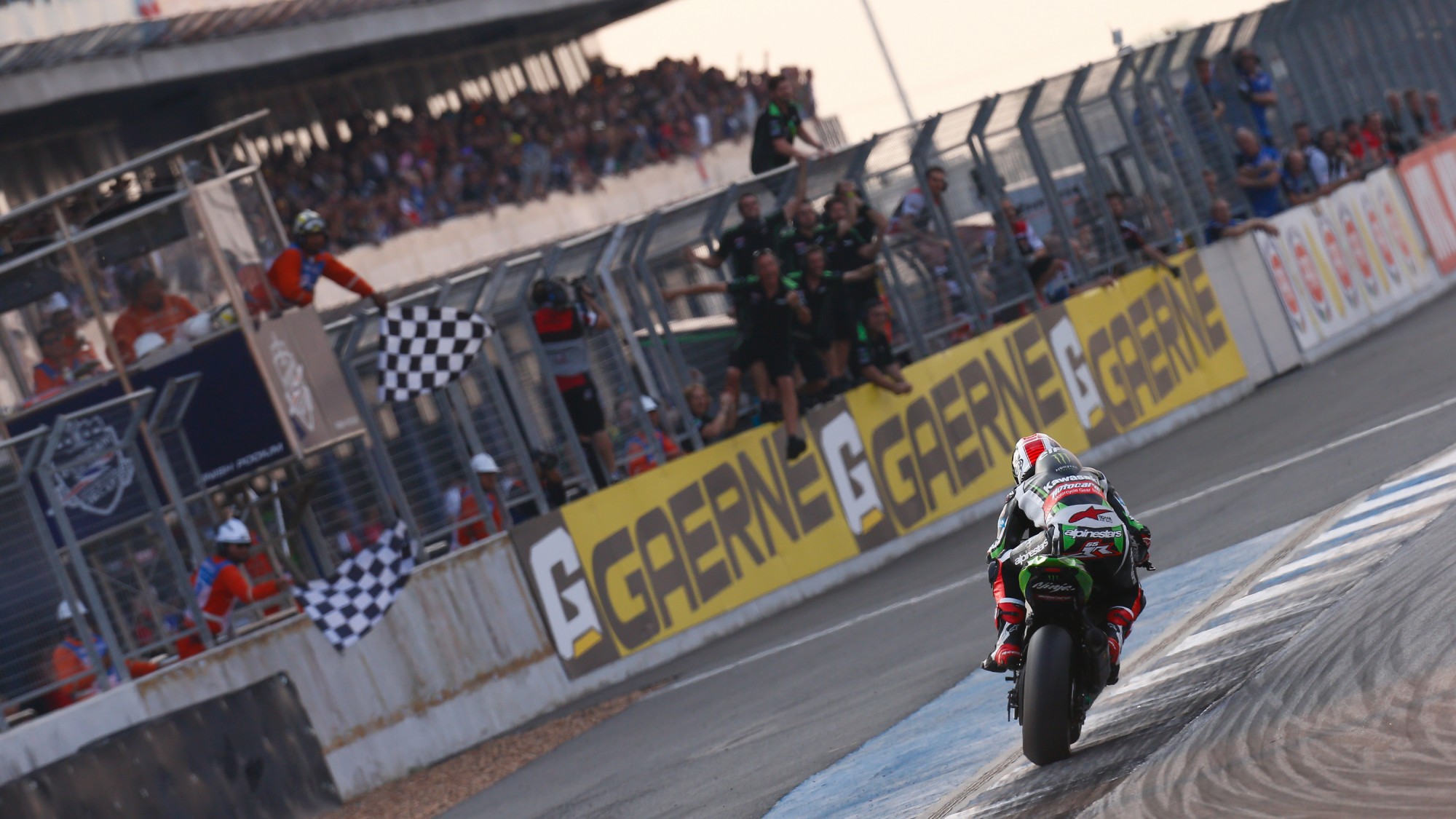 In a restarted fourth race of the season, Rea took a brilliant win by just over four seconds from Sykes, to continue a brilliant start to the season for the Northern Irishman. Sykes made it a Kawasaki one-two with a last lap move on Melandri.

In the original Sunday race a big crash for Lorenzo Savadori (Milwaukee Aprilia) at turn 12 just after a technical fault saw the red flag come out due to track conditions, with debris left on track by the Italian’s accident.

After a quick restart procedure the riders did battle over 16 laps, with

Rea taking control as he got away from the front of the grid, which was based on the positions at the end of the fourth lap of the earlier curtailed race.

In the first race start Rea had shot up from ninth on the grid to soon contest the lead with Melandri who had started well from pole, with the World Champion taking over from the Italian at the front on the fourth lap. After the race restart Melandri could not hold Rea back with the Kawasaki man charging away as the laps progressed, with Sykes eventually also getting the better of the Ducati man.

Thanks to a perfect start to 2017 defending champion Rea now leads the championship by 30 points from Davies, ahead of the third round of the season at Aragon in three weeks time.

Meanwhile, the Motul Thai Round was a successful weekend for Alex Lowes (Pata Yamaha Official WorldSBK Team) who finished Sunday’s race six seconds off the podium in fourth, having finished sixth in Race 1. Spaniard Jordi Torres (Althea BMW Racing Team) followed the Englishman across the line for fifth.

An solid performance by Chaz Davies (Aruba.it Racing - Ducati) after the restart saw him fight through the pack from 19th to eventually finish sixth - having gone down on lap three at the third corner in the initial race, losing the front end and rejoining at the back of the field.

Michael van der Mark (Pata Yamaha Official WorldSBK Team) missed out on the points due to technical issues with his bike, which meant he was unable to take part in the restarted race.

Stefan Bradl (Red Bull Honda World Superbike Team) unfortunately crashed out at turn 12 after five laps of the restarted contest and did not finish, whilst Randy Krummenacher (Kawasaki Puccetti Racing) had to retire midway through the 16-lap second race of the afternoon due to a mechanical issue.

Eugene Laverty (Milwaukee Aprilia) crashed out of fifth under pressure from Torres at turn 6 with eight laps to go, whilst Leon Camier (MV Agusta Reparto Corse) was advised by the marshals to stop six laps from the end of the race with smoke pouring from his MV Agusta 1000 F4 machine.

The WorldSBK riders return to action over the 31st March - 2nd April weekend at the aforementioned Pirelli Aragón Round, the third round of the 2017 season. 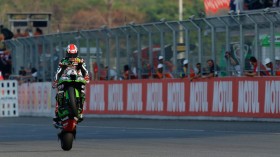 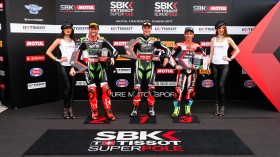 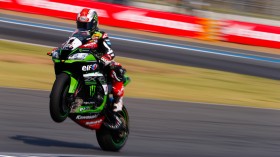