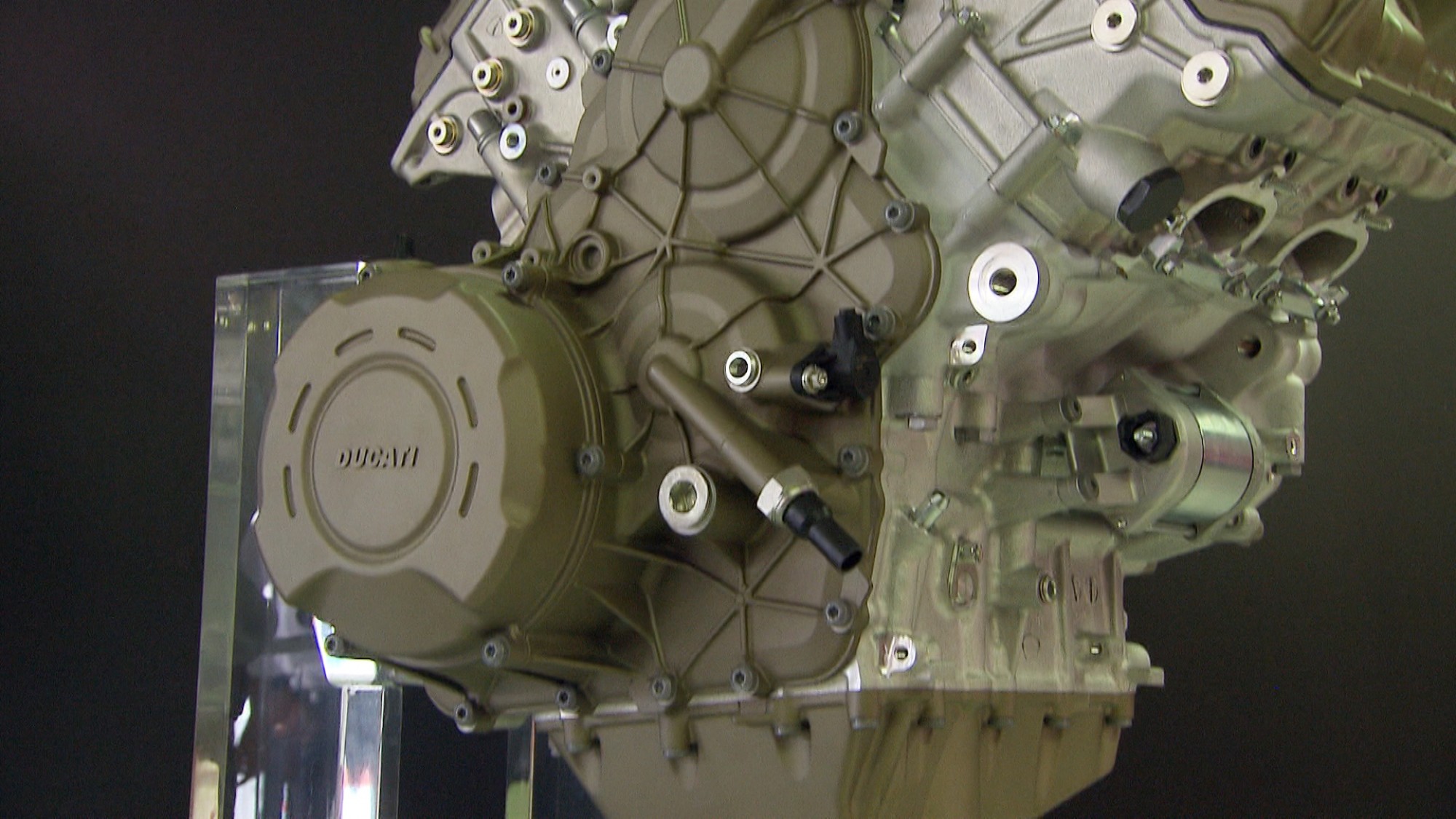 Ducati have showcased their new 90° V4 engine, as they explain their plans to introduce the engine into the MOTUL FIM Superbike World Championship in 2019, which has been designed to power the standard production bikes made by the Italian factory.

Using the information retained from their stunning efforts out in MotoGP, the Desmosedici Stradale is a big milestone in the factories history, as it will mean Ducati Supersport and Superbike models of the future will be fitted with a 4-cylinder engine. An R version is currently in the advanced development stages, set to have a displacement of less than 1000cc which revs higher.

Sticking with tradition, the launch of the R version of the Stradale engine is set for 2018 meaning it will be introduced to the WorldSBK paddock the year later, as it provides the foundation for the homologated version in the championship.

Ducati's CEO, Claudio Domenicali explained: “It's with undiluted pride that we unveil this technological gem. It represents the start of a new chapter for our company, underlining our vitality and an unshakeable commitment to investment in new products. This engine also highlights the close collaboration between Ducati Corse and the factory bike development team, proving just how instrumental racing can be in developing the technology that is later applied on production bikes. In November at EICMA, we'll be showcasing the new Panigale V4, an all-new motorcycle powered by this extraordinary engine”.