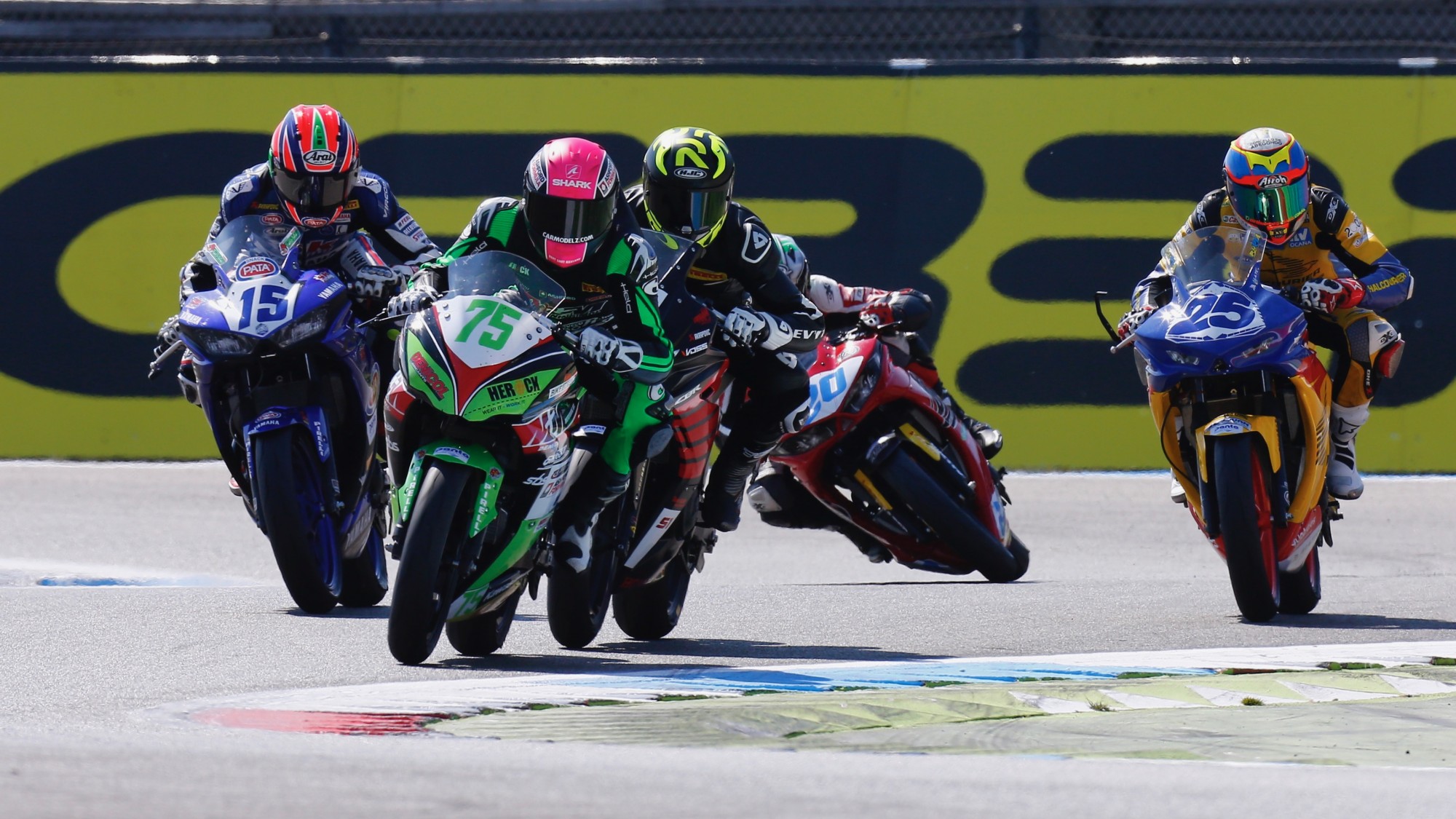 Dutch circuit the setting of a stunning race

Scott Deroue (MTM HS Kawasaki) secured a stunning victory in a thrilling WorldSSP300 race around the iconic TT Circuit Assen, following a race long battle for the victory under the Dutch sunshine.

Borja Sanchez (Halcourier Racing) got a strong start off the line and took the lead in the opening lap as a battle for the victory developed between the top sixteen riders, with nothing to split the pack. However Sanchez was forced to drop two positions with seven laps to go as he exceeded track limits.

Alfonso Coppola (SK Racing) was up and fighting for the win in the majority of the race, setting the fastest lap with three remaining  and crossed the line in third position ahead of Sanchez. Dorren Loureiro (DS Junior Team) rounded out the top five, as nothing could split the front. 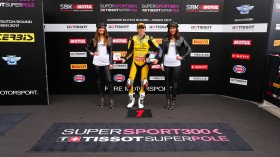