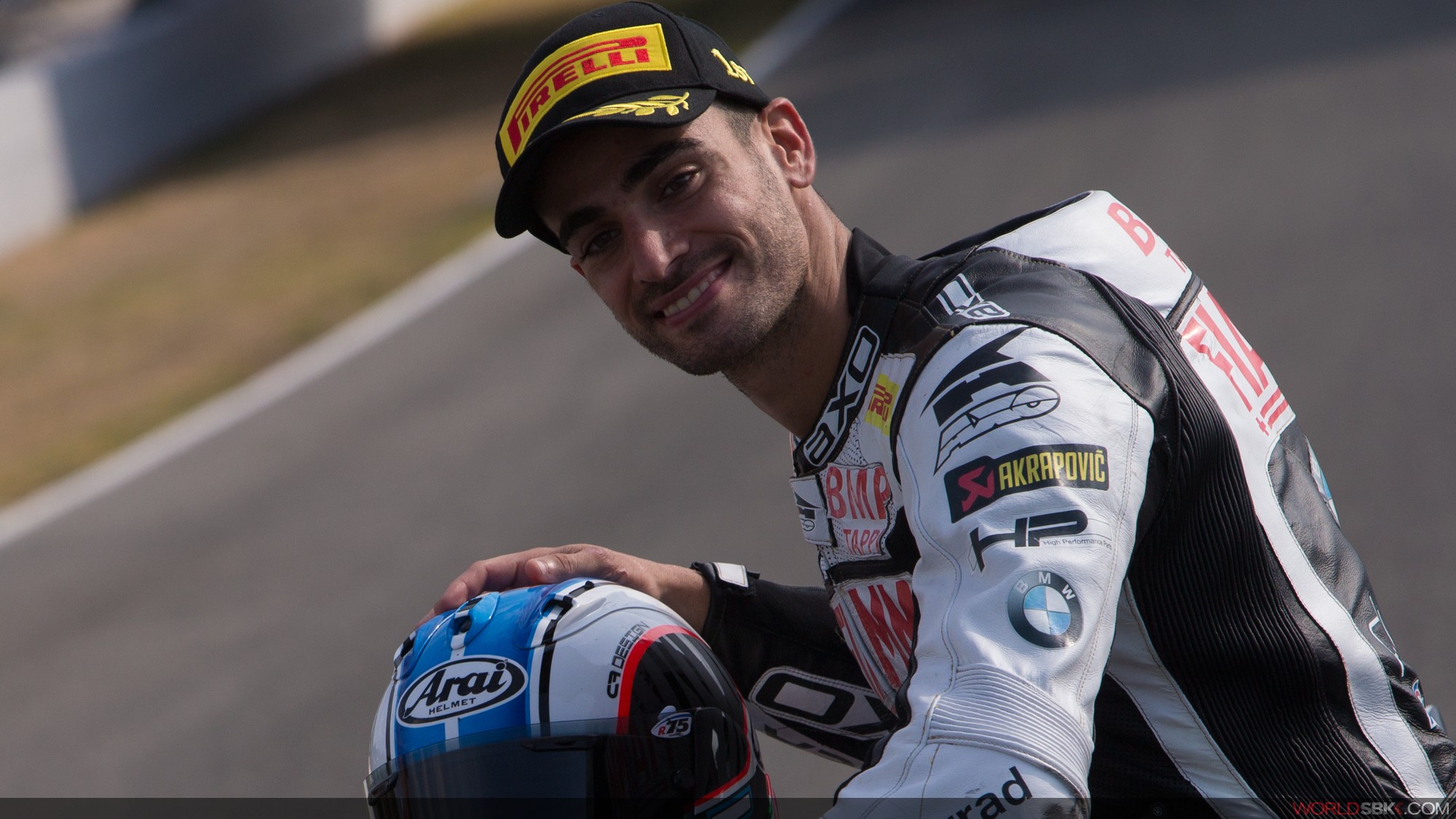 Reigning European Superstock 1000 Champion Raffaele De Rosa will make the step from Althea BMW Racing Team development rider to full-time racer for the rest of 2017, as the Italian makes his return to the MOTUL FIM Superbike World Championship at the Acerbis Dutch Round.

Following Markus Reiterberger’s decision to sit out of the remainder of the 2017 season, due to on-going back injuries sustained following a crash at Misano last season, the team were left with no choice but to find a replacement rider for the German.

Competing in just three WorldSBK rounds in his career, De Rosa spent three seasons battling in the ever competitive World Supersport Championship, in which he secured a top ten finish. Clinching the SKT1000 title in a dramatic final round at Jerez last season, De Rosa was offered a wildcard appearance by the team in the Gaerne Qatar Round. Signing as their development rider for 2017, the 30 year old is delighted to become a permanent fixture in the series.

“I’m really pleased to finally start my season. Originally the idea was to only do a few wildcard entries but now that I have the chance to race for the rest of the season, I’m feeling extremely motivated. Last year I won my first Stock race at Assen. We need to look out for the weather, which is always unstable in Holland but my aim is to stay focused and do my best. I can’t wait to get started.”

With some strong testing at MotorLand Aragon, Torres explains his feelings ahead of the Dutch Round: “I always enjoy racing at Assen. Last year I was able to achieve a solid fifth place finish in race 2 and this year I hope to do even better. The only unknown is the weather, as from the forecast it looks like it will be cold. The tests at Aragon went well and were useful, which leaves me feeling confident not just for Assen but for the rest of the championship”.

Follow how the Althea BMW Racing Team get on at the Acerbis Dutch Round with the WorldSBK VideoPass, and follow all the action from Friday to see how De Rosa can tackle his first weekend back.