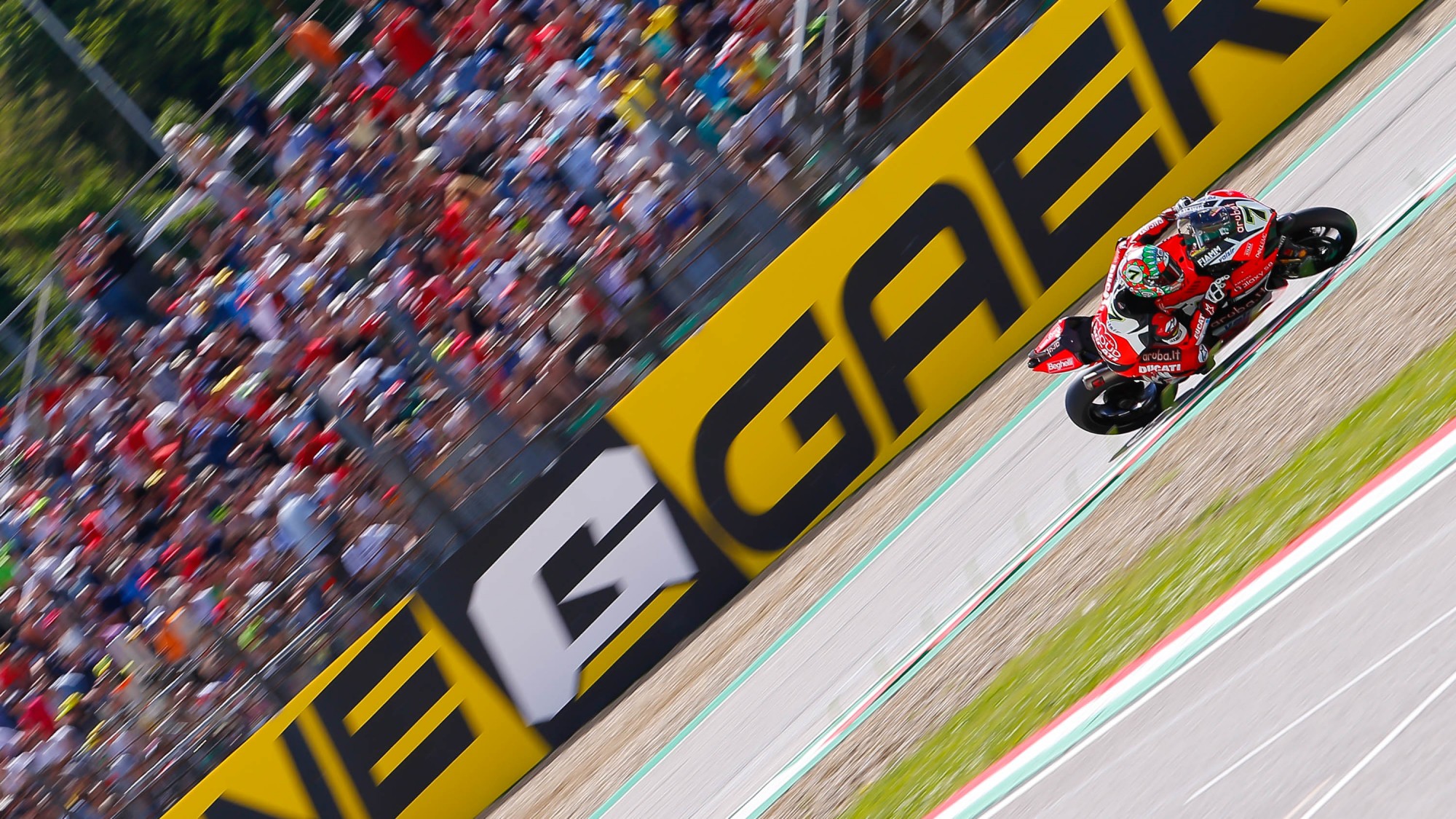 Davies made a brilliant start from pole and was untouchable, leading by well over six seconds when the race ended early due to a red flag, after a big crash for Eugene Laverty (Milwaukee Aprilia) at turns 17 to 18 - which meant track conditions were not safe for racing to continue. Laverty walked away from the incident which saw his Aprilia RSV4 RF go up in flames and he was taken immediately to the medical centre for a check up after the high speed incident.

With 12 of 19 scheduled laps having been completed at the time of the crash the rider placements at that stage were taken as the final race results, with Davies therefore claiming his second win of the season. The ever-consistent Rea picked up more important championship points in second, whilst Melandri made it a good day for Ducati on home territory in third place on the podium.

Leandro Mercado (IODARacing) crashed out at turn 7 early in the race, with Nicky Hayden (Red Bull Honda World Superbike Team) pulling into the pits shortly afterwards due to a technical issue.

Jordi Torres (Althea BMW Racing Team) was unable to participate in Race 1 due to illness. The WorldSBK riders will be in action again on Sunday with their second race taking place at 1pm local time at Imola. 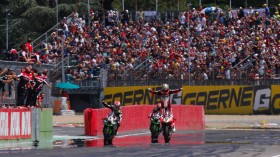 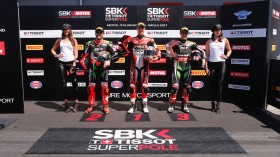 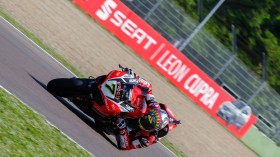