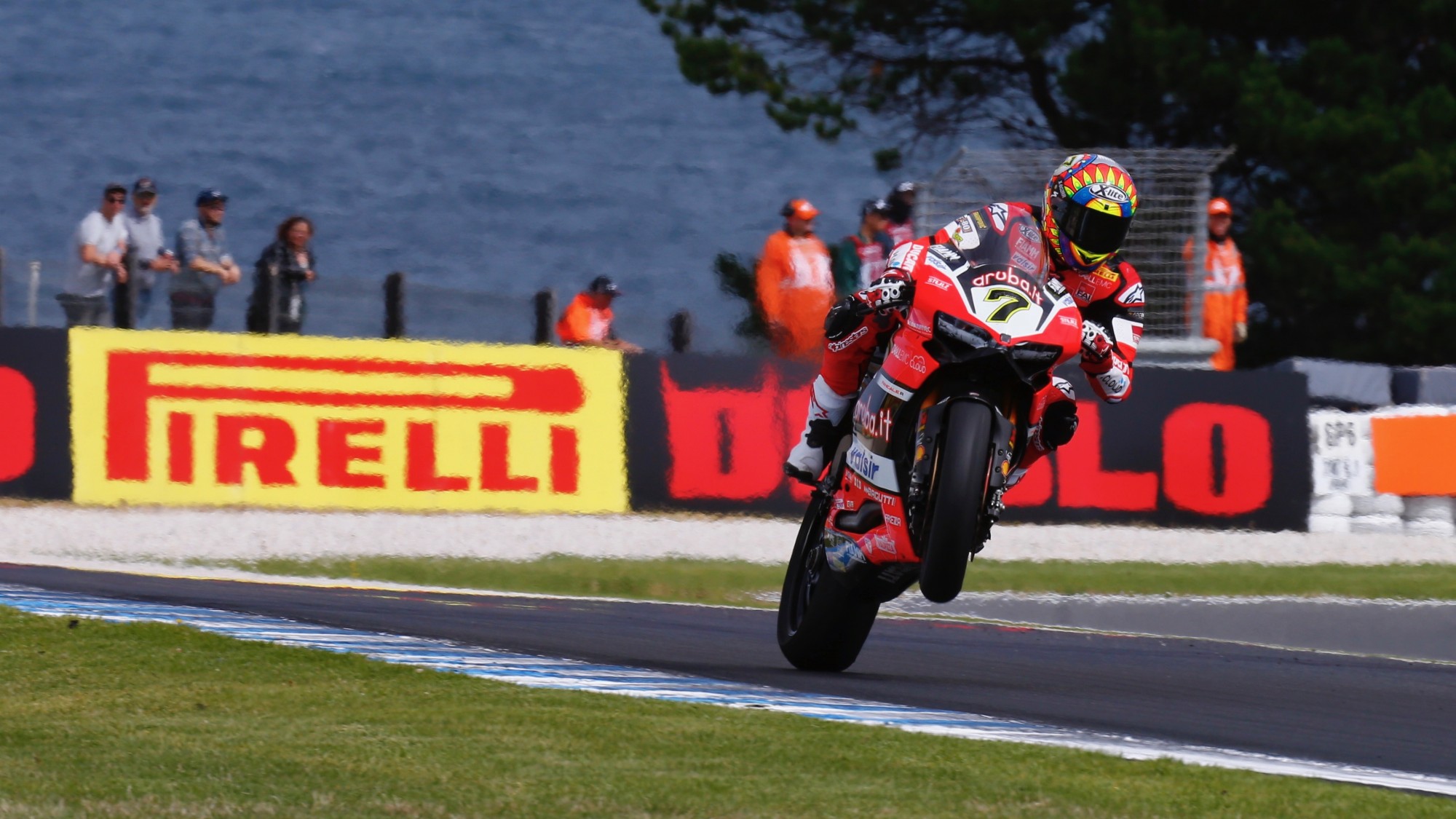 Chaz Davies (Aruba.it Racing – Ducati) was Friday’s fastest participant at the season-opening Yamaha Finance Australian Round, with the Welshman topping the combined FP1 and FP2 timesheets courtesy of a 1’30.189 best time from the morning.

Defending World Champion Jonathan Rea (Kawasaki Racing Team) was the second quickest rider on Friday at Phillip Island courtesy of a 1’30.255 lap in FP1 and he was the fastest rider in the later session.

Xavi Fores (BARNI Racing Team) put in a good performance to end the day third fastest, also courtesy of his best FP1 effort, a 1’30.486, putting him just ahead of Tom Sykes (Kawasaki Racing Team) - who was fourth and trailed Davies by just under four tenths.

On his return to WorldSBK Marco Melandri (Aruba.it Racing – Ducati) was fifth quickest overall, thanks to his 1’30.627 lap registered in the afternoon outing.

Savadori provided the most spectacular moment of the day, surviving a huge wobble at turn 11 in FP1.

Earlier in the day FP1 had been red flagged after less than ten minutes of action after an engine fault for Leon Camier (MV Agusta Reparto Corse) briefly left an oil leak on track, though the action soon got back underway. Camier ended Friday in 13th place on the combined timesheets.

Rookie Randy Krummenacher (Kawasaki Puccetti Racing) was 14th best and ran off track just over 15 minutes before the end of FP2, quickly returning to the asphalt after his excursion onto the grass.

Likewise newcomer Stefan Bradl (Red Bull Honda World Superbike Team) ran off track at turn 4 at one stage in his first official WorldSBK session in FP1 and the German ended up 16th overall.

Alex De Angelis (Pedercini Racing SC-Project) crashed at turn 11 but walked away from the incident late in the afternoon session and was Friday’s 15th fastest man. Ayrton Badovini (Grillini Racing Team) was also a late crasher in FP2 and concluded Friday in 17th place on the timesheets. 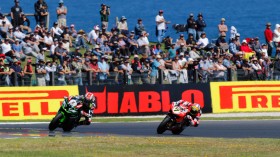 Great opening weekend for defending champion, with Davies and Melandri also on the Race 2 podium 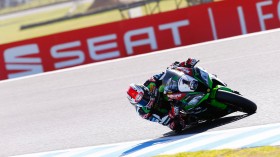 Kawasaki man takes win in first race of 2017, with Davies and Sykes also on the podium 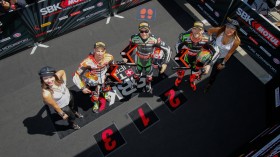 At Phillip Island on Saturday Rea was the top man in Tissot Superpole 2, with Sykes and Melandri also on the front row