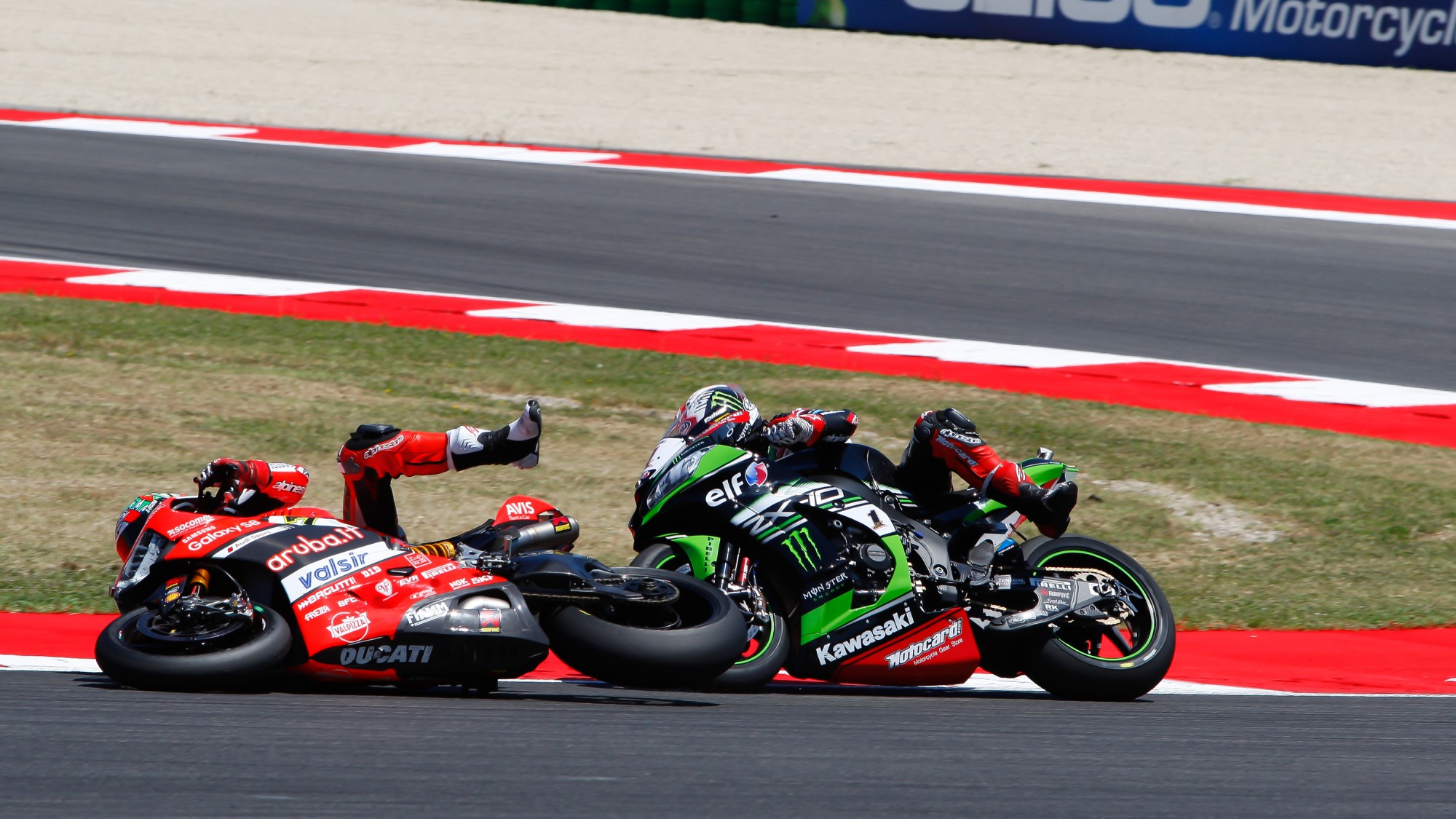 Following  an eventful race one at the Pirelli Riviera Di Rimini Round, which saw Chaz Davies (Aruba.it Racing – Ducati) crash out of the lead on the final lap after he was locked in an intense battle with championship rival Jonathan Rea (Kawasaki Racing Team), the British rider has been declared unfit to race on Sunday in Italy.

At a circuit the British rider has struggled around in the past, he was able to put in a strong performance around the 4.226km circuit and was locked in a battle for the lead in the closing laps. With an impressive pace onboard his Panigale machine, Davies crashed with three corners to go, and Rea was unable to avoid him through the corner.

Rea was able to rejoin the race and finished on the podium, whilst Davies was transported to Rimini Hospital for further medical assessment, diagnosed with a closed thoracic trauma. Following checks throughout the afternoon, it was further revealed the British rider suffered a fracture of the transverse process of L3 (3rd lumbar vertebrae), as well as contusion of the left thumb.

Keep up with Davies’ recovery and progress on WorldSBK.com as the championship prepares to head to Laguna Seca for Round Eight.