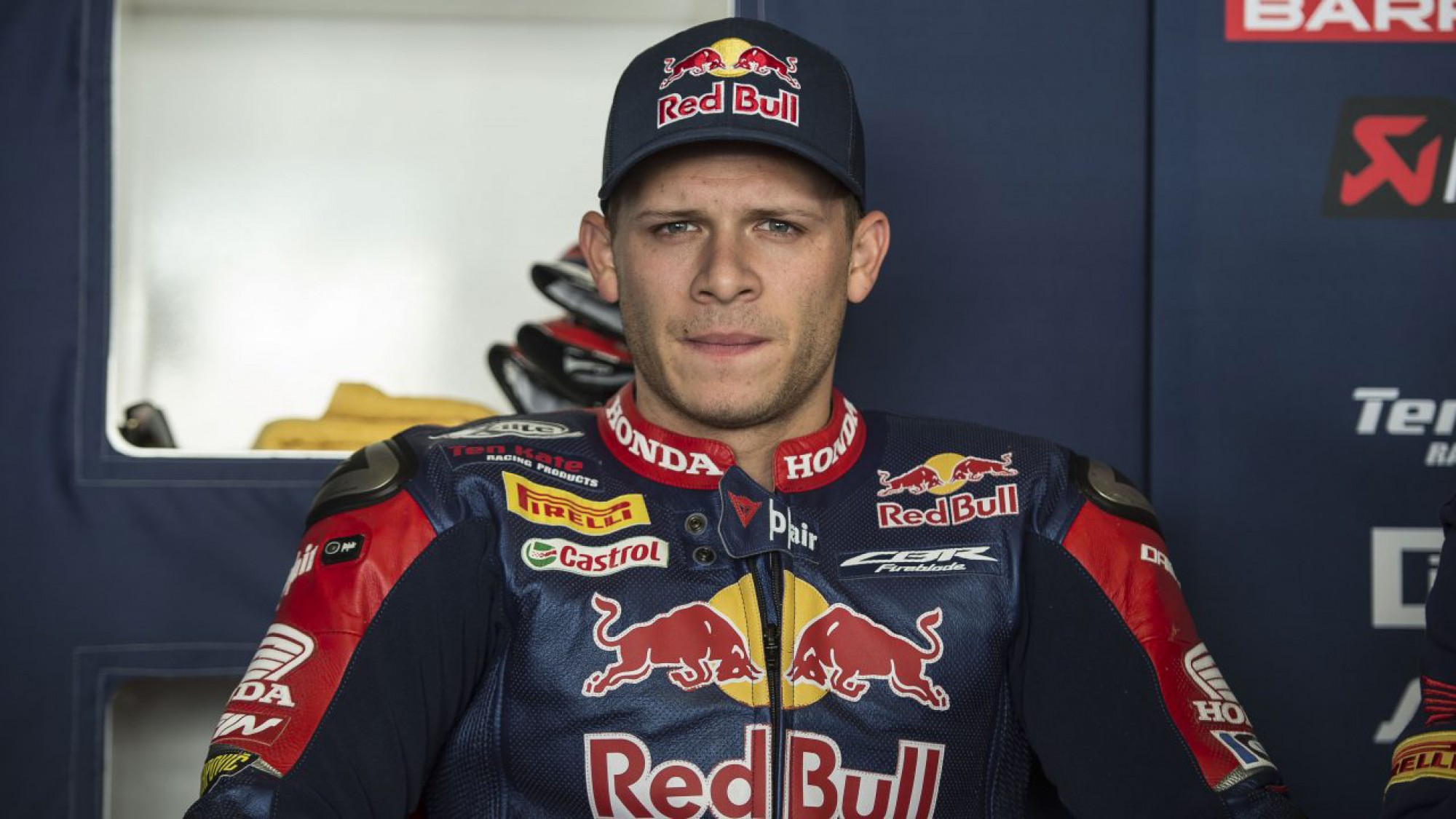 With just three rounds remaining of the MOTUL FIM Superbike World Championship, Stefan Bradl (Red Bull Honda World Superbike Team) has taken the decision to sit out of the final two races as he recovers from a wrist operation.

Suffering from a crash in race one in Round 10 at the Autodromo Internacional do Algarve, the German was forced to sit out of the remainder of the weekend and returned home to undergo surgery on his right wrist, following a big highside. With a with a torn scaphulonate ligament, the 27 year old faces a seven week recovery period, meaning the German will focus on his recovery. Disappointed to miss out on the final rounds of the season, Bradl will be supporting his Honda team from home.

“Obviously it’s quite a difficult time for me,” begins Bradl. “As it’s hard to come to terms with the fact that I won’t be able to race for the rest of the season. I have to stay positive, though, and try to do everything needed to make sure that my hand and wrist are fully healed. Rest is now priority number one for the healing process. Luck hasn’t been on our side this year, but I couldn’t imagine that the consequences of my crash in Portimão were going to be so severe. I want to thank everybody who worked with me this year: it hasn’t been an easy one, not only from the sporting side but also for the tragedy we all had to endure early on. There’s not much I can do right now, but I will follow the races on TV and support the team from here.”

Marco Chini, WorldSBK Operations Manager added: “First of all, we want to with Stefan a speedy and full recovery, because that’s the most important thing. We felt things were going in the right direction at Portimão and we enjoyed seeing him improve his feeling and his speed on board the Honda CBR1000RR Fireblade SP2, so that’s a real pity that we cannot have his talent by our side in the remaining rounds of the season. Jerez and Losail were two tracks he knew well, so we were looking forward to seeing him perform there. We will follow his recovery as we head into the last leg of the season.”

Follow the Red Bull Honda World Superbike Team’s progress throughout the rest of the season with the WorldSBK VideoPass.