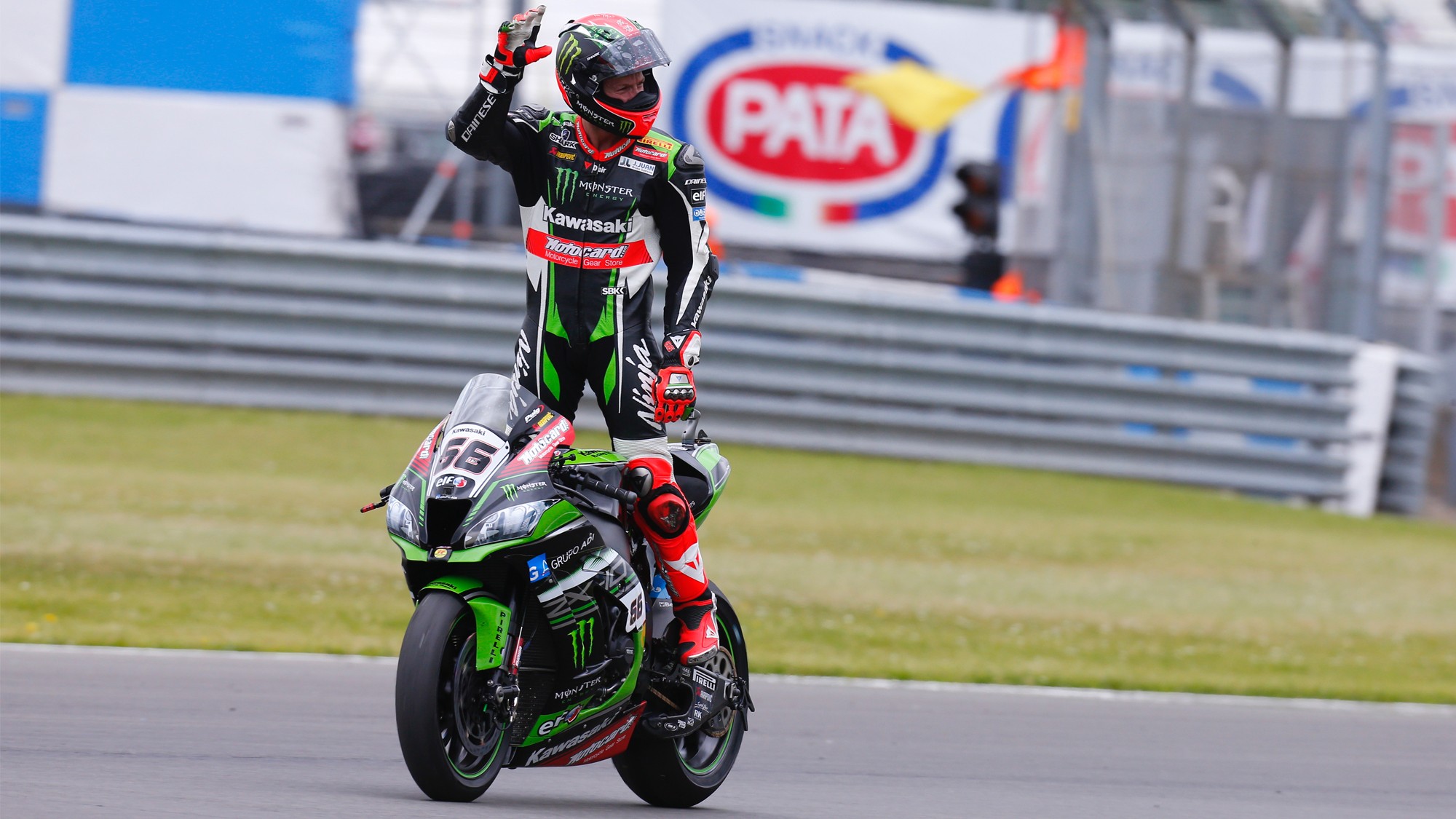 An incident-packed race saw provisional leader Davies go down in the early stages at turn 12, after he lost the front end. He picked his Ducati up to rejoin,  eventually finishing eighth having crashed at the same corner as he did in last year’s Race 1 at Donington and this latest incident will be a big blow to his World title aspirations.

With 6 laps to go Sykes got through on his teammate Rea to lead and within just over a lap he had opened up a two second gap on his Northern Irish teammate. Rea then suffered a high speed accident at turn 3, crashing out of the race, but was soon back on his feet and was taken back to the pits on a scooter.

A superb ride by Haslam on his return to the series saw him take a highly creditable second place, whilst Lowes took third thanks to a late move on Marco Melandri (Aruba.it Racing - Ducati).

The riders and many of the fans in attendance carried stickers and flags in tribute to the late Nicky Hayden who tragically passed away earlier in the week after a cycling accident in Italy, with Sykes quick to pay his condolences to the Hayden family after the race in parc ferme. The podium finishers all wore t-shirts carrying Hayden’s famous number 69 in honour of the Kentucky Kid.

The riders will be back in action on Sunday with Race 2 at the PATA UK Round at 3pm local time. 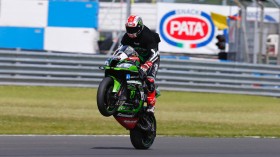 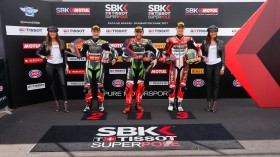 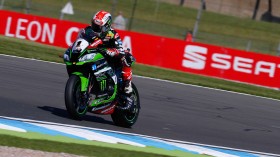