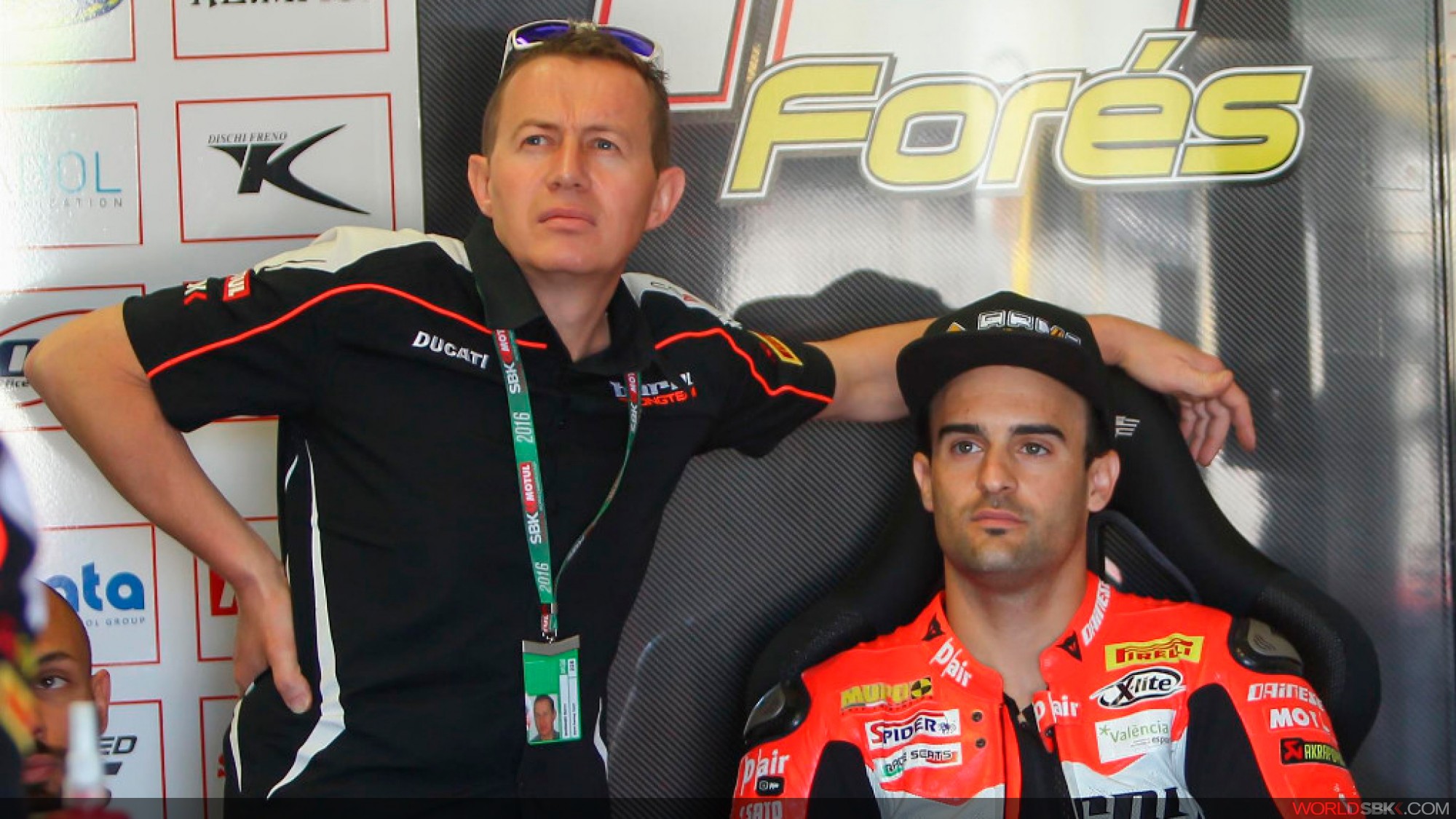 The Spaniard continues his journey with the Italian marque

Barni Racing Team announced the re-signing of Xavi Forés as the only rider in their 2017 line up in the MOTUL FIM Superbike World Champinoship. The Spaniard will compete with the team from Bergamo for a second consecutive year aboard the Ducati Panigale R.

This season, Fores showed his quality by achieving a podium finish in Germany together with four strong fourth place finishes. The 30 year old will be looking to build on his strong 2016 form with his team in familiar surroundings next season.

"I'm very happy to be able to race with Barni again next season,” said Fores. “I think another year together is just what we both need to put into practice what we have learned in this season. From the beginning I had a very clear idea of ​​staying at Ducati. Marco Barnabò’s team guarantees me the ability to take advantage of competitive material and able to compare directly with the official teams. Our goal for next year is to fight for the podium at every round, even if the level is high. We finished the season with good results. All I can say is important changes await next year and we will be competitive just like the others. Thank you so much Marco and the whole team for the trust. I’m looking forward to our next adventure!"

Marco Barnabò, the Principal Manager at Barni Racing Team was thrilled with the progress they made with Fores and added, " I am very pleased to confirm for the second consecutive year Xavi Forés on the team.  He has proven to be a great talent and able to face new. We concluded a successful season and I believe that thanks to the experience gained this year by Xavi and the team, there is good growth potential to achieve even more significant results in the coming season. We have invested heavily in the competitiveness of the bike in order to further improve and implement as much as possible in 2017. I am convinced that together we can reach more and more ambitious goals."