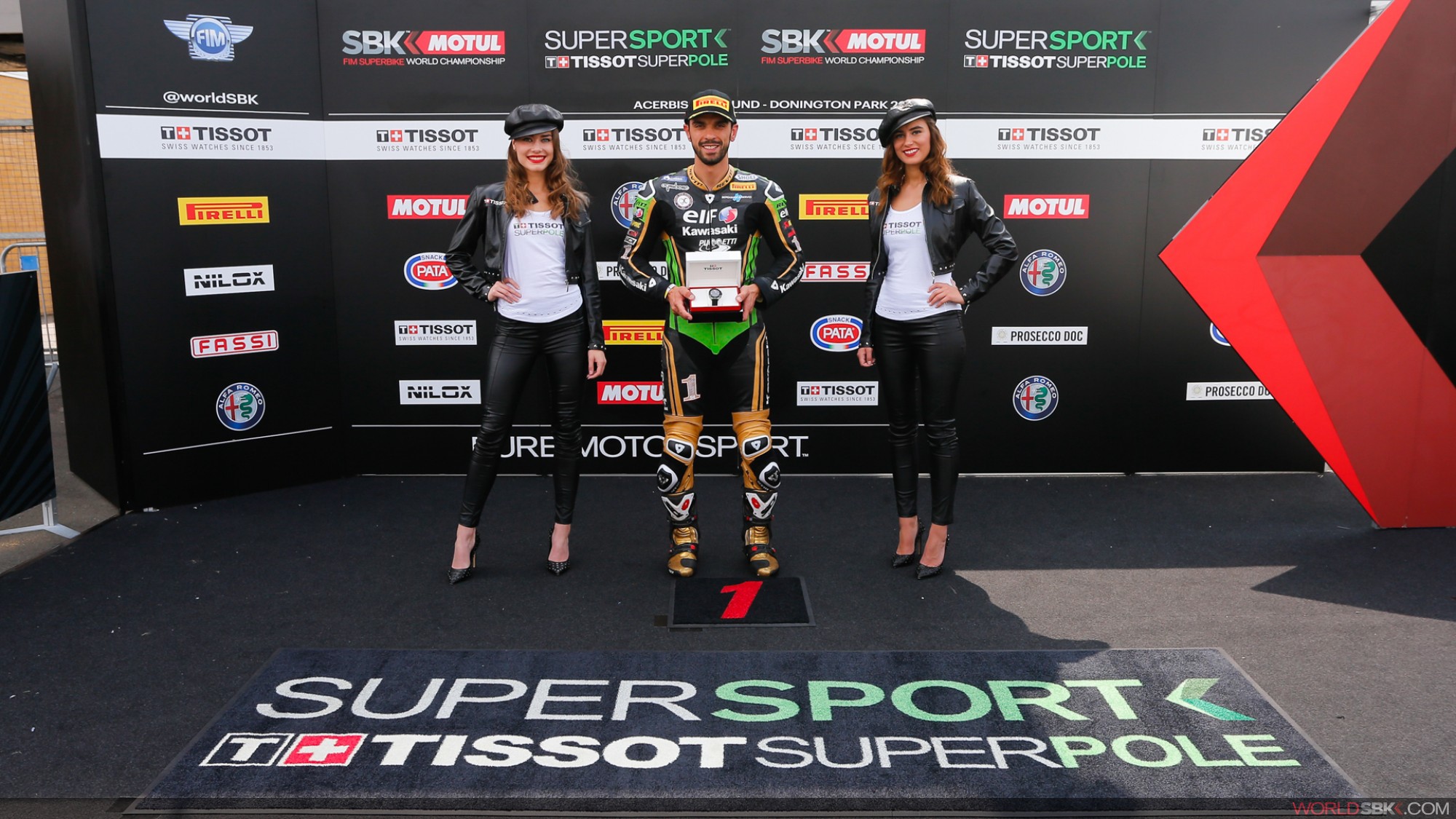 Kawasaki Puccetti Racing rider Kenan Sofuoglu has taken pole position at Donington as the Turk continues to prove the benchmark within the WorldSSP field, with the front row completed by Honda rider PJ Jacobsen, ahead of Profile Racing rider Luke Stapleford, who took the final place on the front row at his home race.

Superpole 1 for World Supersport got underway at Donington Park with a big name in the field hoping to graduate to Tissot-Superpole 2, after MV Agusta Reparto Corse rider Jules Cluzel had a difficult run in practice sessions for Round 7, including some technical issues. In his final effort in the session, Cluzel took the top spot in the last few seconds, only to see his time impressively bettered by eventual Superpole 2 graduates Alex Baldolini and FIM Europe Supersport Cup rider Alessandro Zaccone. The Frenchman is still battling to recover fully from a big crash at Jerez at the end of 2015, and will start the Race at Donington from P13.

Tissot-Superpole 2 got underway with a wave from Gino Rea as Friday’s fastest man left the pits to begin his home qualifying session of the season, with compatriots Luke Stapleford and Kyle Smith also in the top ten and looking to challenge at home. The initial leader in the session was Sepang winner Ayrton Badovini, before times started to tumble and Kenan Sofuoglu began his assault for pole. The Turk remained on top for the majority of the session, with Luke Stapleford the first challenger to his crown, before Honda World  Supersport rider PJ Jacobsen took P2 from the Brit and his Triumph Daytona.

In the final few minutes, the reigning Champion kept his grip on pole position, and will start Round 7 ahead of key title rival Jacobsen in P2. Stapleford, after good pace in 2015 at Donington as a wildcard, kept his Triumph on the front row at home and will start from P3.

Alex Baldolini, after graduating from Superpole 1, heads up the second row from Kawasaki Puccetti Racing’s impressive WorldSSP Randy Krummenacher. Ayrton Badovini continues his settling into the Supersport grid with a second row start, ahead of home talents Gino Rea and Kyle Smith, who are sure to be the first to push in front of their home crowd.

MV Agusta Reparto Corse’s Lorenzo Zanetti will begin the Race from P9, with top ESS rider Ilya Mikhalchik locking out the top ten in P10. The WorldSSP Race will get underway on Sunday 29th of May at Donington at 12:00 local time (GMT +1) as the home heroes take on the podium regulars. 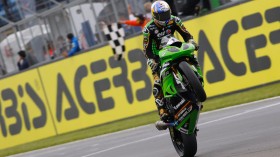 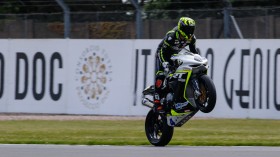 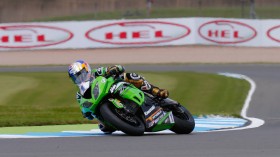