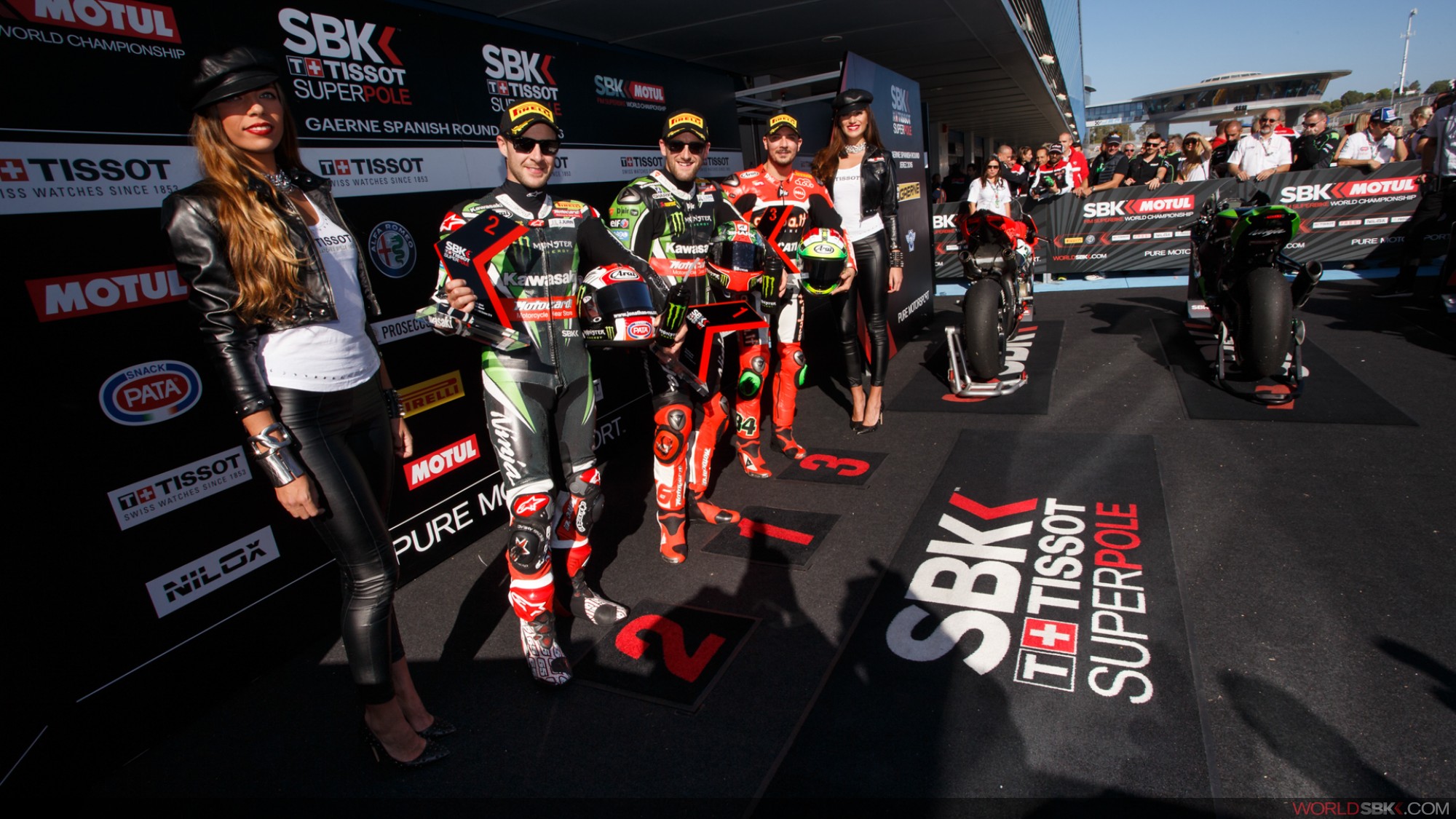 Tissot-Superpole 2 saw a rush of activity in the final minute of the session with four different riders setting the fastest time, before Kawasaki Racing Team’s Tom Sykes finally secured pole. His teammate Jonathan Rea turned his fortunes around from Friday to finish second with Davide Giugliano (Aruba.it Racing – Ducati) putting in an impressive performance with a recovering shoulder to lock out the front row of the grid.

Incredibly, all riders in the top 11 set a time under the lap record, which was previously set by Tom Sykes in 2015, proving the Gaerne Spanish Round will be a record breaker! Pata Yamaha Official WorldSBK Team’s Alex Lowes will be starting from fourth on the grid ahead of Nicky Hayden (Honda World Superbike Team) in fifth and Chaz Davies (Aruba.it Racing – Ducati) in sixth.

Row three will be headed up by Jordi Torres (Althea BMW Racing Team) in seventh who moved up from Superpole 1 ahead of fellow countryman Xavi Fores (Barni Racing Team) in eighth. Sylvain Guintoli (Pata Yamaha Official WorldSBK Team) finished in ninth to lock out the third row.

WorldSBK will be back on the grid at 13:00 local time (GMT+2) for Race 1 of the Gaerne Spanish Round. Check out our results page for the full qualifying results of both Tissot-Superpole qualifying sessions. 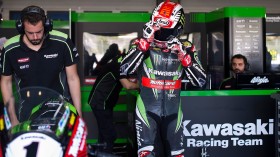 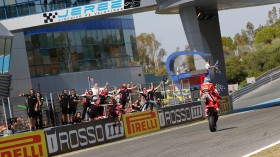 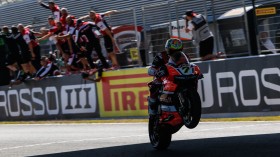