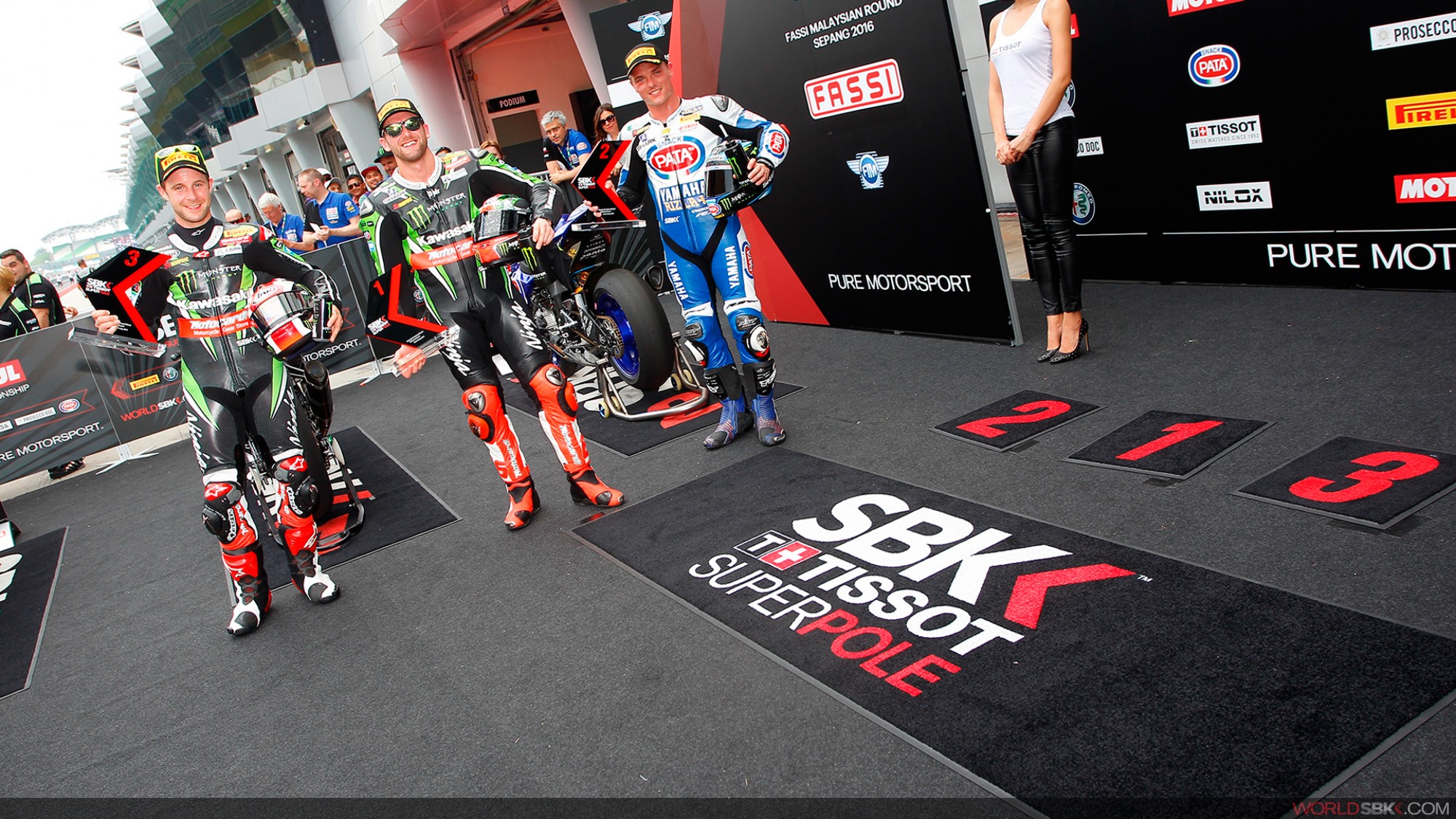 Tom Sykes smashed the Best Lap at Sepang International Circuit in Tissot-Superpole on Saturday, beating Yamaha’s Alex Lowes and Kawasaki teammate Jonathan Rea to the top spot. The Yorkshireman beat the record after having graduated from Tissot-Superpole 1.

Superpole 1 got underway in Sepang on a dry track, before rain started to fall in some corners, soon affecting the whole circuit. With riders backing off with the worsened adhesion, the two fastest after the initial laps were Tom Sykes and Pawel Szkopek, with MV Agusta’s Leon Camier a big name at risk of losing out.

It was back into the pits for most of the grid before a final assault on SP1, hoping the track would improve. As conditions got better, Milwaukee BMW rider Josh Brookes set the first representative lap, before times started to tumble. Sykes, with an impressive final two attempts to top the session, got through Superpole 1 with relative ease despite the added challenge of the rain and Camier, given another opportunity, joined his compatriot to go through into Tissot-Superpole 2 to fight for the top 12 grid positions.

On a much drier track for Superpole 2, the riders headed out once again to test their machines around the 5.5km Sepang International Circuit, with Honda’s Nicky Hayden leading the way before a lap from KRT’s Tom Sykes pushed the American back to P2. Riders then returned to the pits for the last preparations, before the final five minutes was ready for the final countdown.

Davies lead the rush, before Hayden responded as Rea, Sykes and Lowes all readied one last attempt. It was Rea who crossed the line first to take a provisional P1, before Tom Sykes and Alex Lowes beat the reigning Champion to P1 and P2 respectively. Sykes’ lap beat the previous Best Lap of Sylvain Guintoli from 2014 by more than seven tenths of a second to take pole, with Alex Lowes’ lap of 2:03.002 in P2 the exact same time as that previous record set by now-teammate Guintoli.

Nicky Hayden, after a solid Friday, heads up Row 2 for Honda World Superbike Team, ahead of double-Imola winner Chaz Davies in P5. Fastest BMW on Friday Markus Reiterberger did it again in Superpole to take an impressive rookie P6, in front of Aprilia’s Lorenzo Savadori, who lead FP1 and 2 times, and Althea BMW teammate Jordi Torres recorded P8.

Davide Giugliano was the second Aruba.it Racing – Ducati rider in P9, whilst Honda’s Dutch sensation Michael van der Mark suffered a difficult session to lock out the top ten and will be looking for a good start to make the fight back into position easier. Anthony West qualified his Pedercini Kawasaki in 11th, in front of Leon Camier on the MV Agusta who suffered with issues in Superpole 2, after graduating from Tissot-Superpole 1.

Race 1 will test endurance as well as one lap speed later on Saturday, as the lights go out at 16:00 (GMT +8) for the first showdown of the Fassi Malaysian Round. 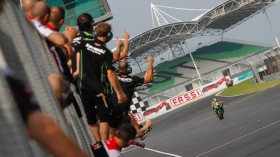 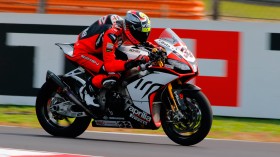