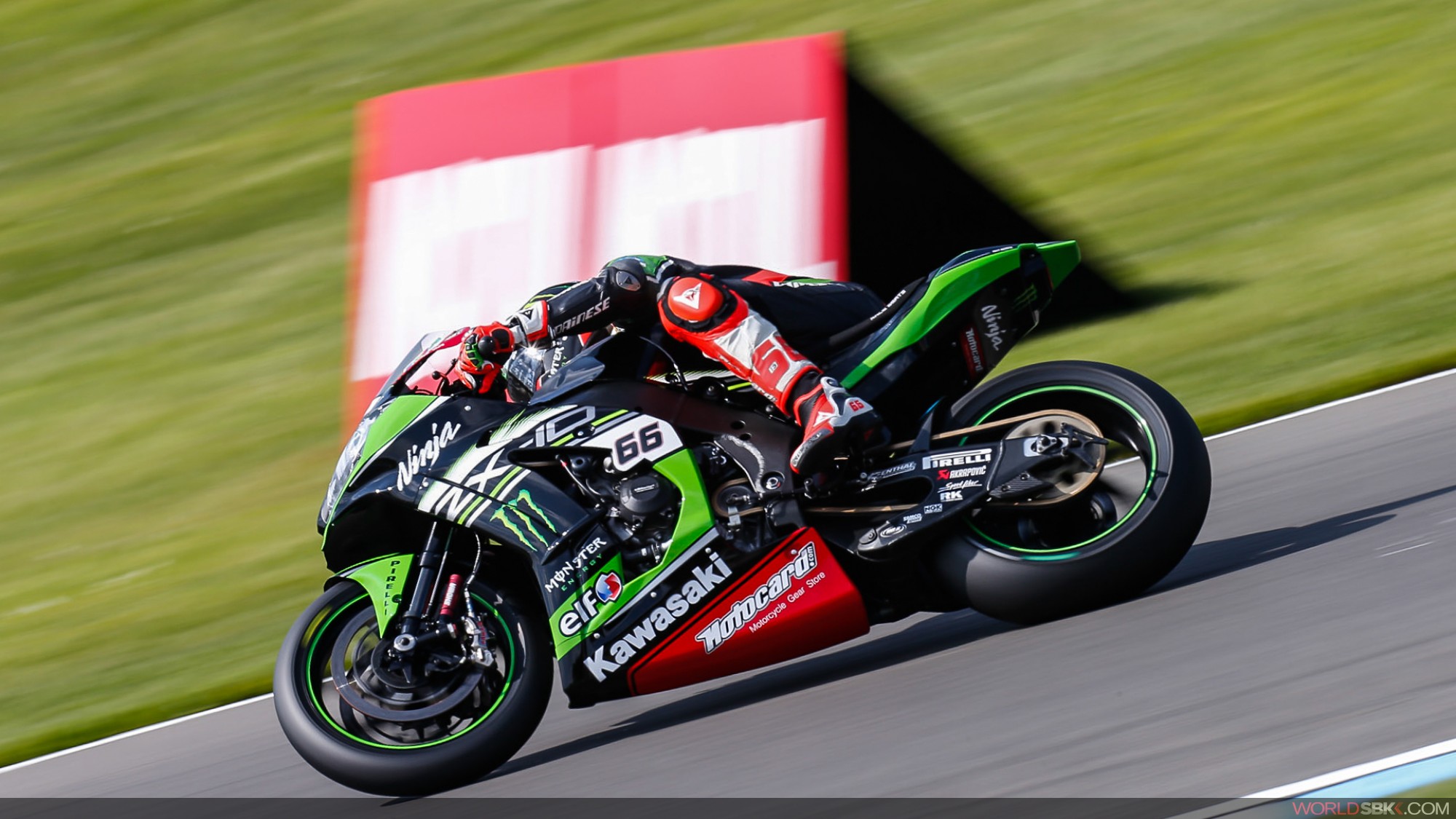 A Kawasaki 1-2 ended Day 1 at Donington as the Derbyshire skies remained sunny for the first track time of the Acerbis UK Round. 2013 WorldSBK Champion Tom Sykes put in the fastest lap of the day to lead from his teammate as the Ninjas headed the laptimes, ahead of Davide Giugliano on the first Aruba.it Racing – Ducati in P3.

Chaz Davies, after showing incredible pace throughout FP1, ended the combined timesheets in P5 to gain entry to Tissot-Superpole 2 directly, but the Welshman’s fastest Iap in FP2 saw him end P11 in the second session after a mechanical problem. The cause of a Red Flag during the second session as marshals attended to the stricken machine, Davies’ Ducati couldn’t get back out on track after fire damage early in the session.

Alex Lowes, after having suffered a break to his collarbone at Sepang in Malaysia, was to be reviewed by the medical team on site for final checks ahead of his participation in the Round being confirmed. The British Pata Yamaha rider was declared fit to race after FP1 and continued his impressive form in FP2, ending the day P4 on the combined timesheets at his home track. Temporary teammate Cameron Beaubier, riding in place of injured Sylvain Guintoli, also impressed on his first outing in WorldSBK in 2016, as the American ended the first day in P9.

Leon Camier ended the day in P6 after an impressive first day, with the Brit fifth fastest in FP2 and continuing his 2016 momentum on Day 1 at his home race. The MV Agusta rider goes straight through to Tissot-Superpole 2 once again as the chassis impresses at Donington Park, just ahead of IodaRacing rider Lorenzo Savadori on his Aprilia, with the 2015 STK1000 Race winner at Donington ending Day 1 in P7.

Althea BMW rider Jordi Torres ended the day P8 as fastest German machine on Friday, with Milwaukee BMW rider Karel Abraham also in the top ten on the combined times at his team’s home race with a good show of pace from the Czech rider.

Big casualties in the fight to graduate directly to Superpole 2 were Honda WorldSBK Team’s Nicky Hayden and Michael van der Mark, as the Malaysia winner and the Dutch podium regular found themselves outside the top ten in P11 and P15 respectively. With more track time in FP3 ahead of Superpole 1 however, the Honda team will be looking to move up the grid and back into position before Race 1 begins at 15:00 local time (GMT +1) on Saturday 28th May in the one off schedule for Donington Park. 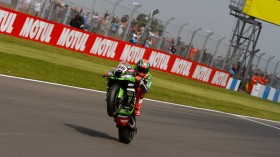 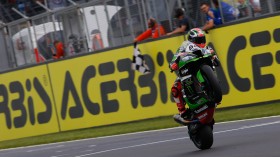 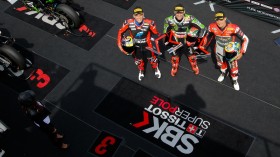