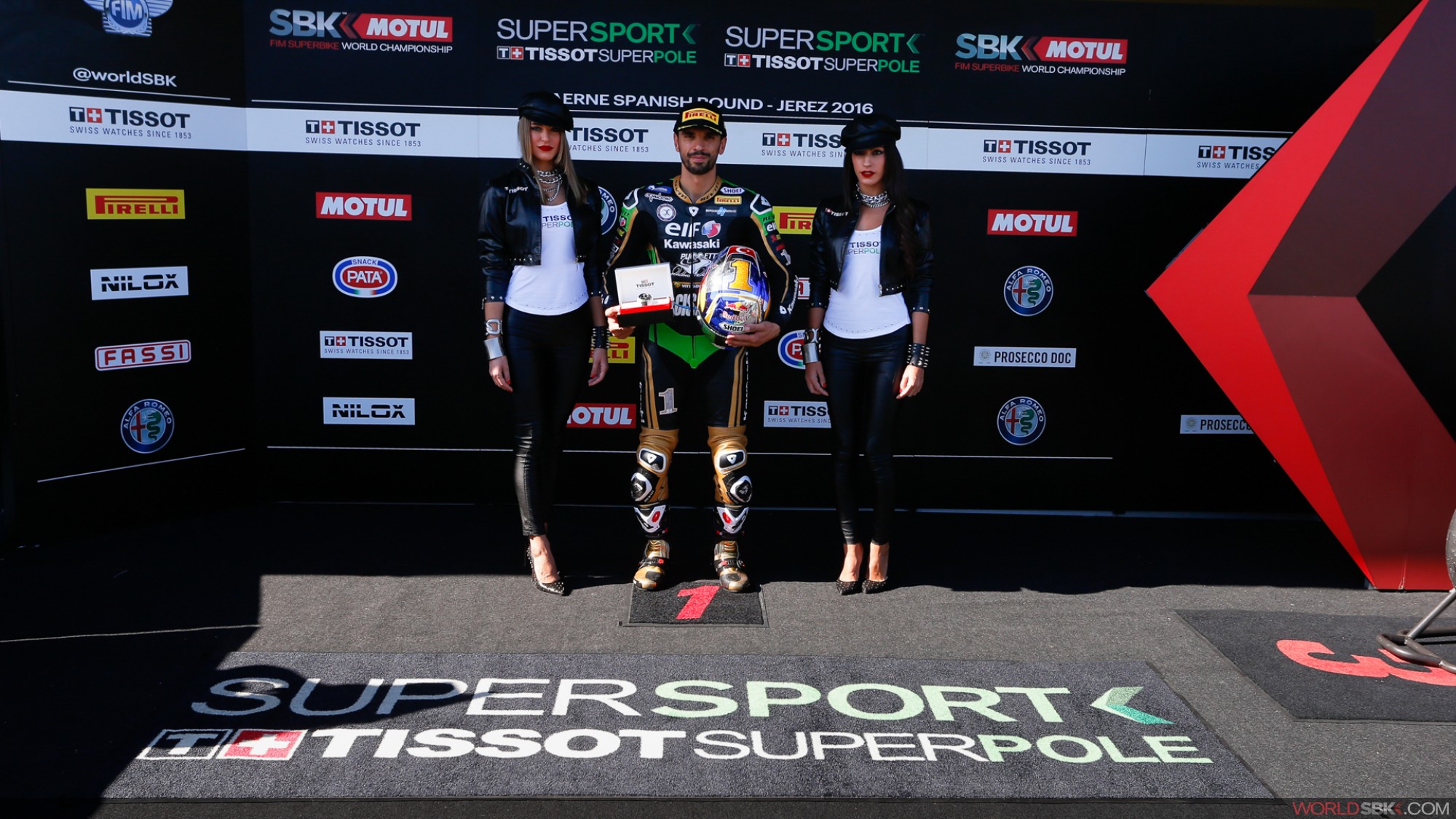 The Turk means business with fifth title in his sights

The final minute of the session saw a battle at the top of the timesheets play out again between the two Kawasaki riders with Krummenacher being the fastest. However, Sofuoglu showed his experience and prowess to beat his teammate just before the clocks timed out in the last ten seconds.

MV Agusta Reparto Corse rider Jules Cluzel set the third fastest time to lock out the front row of the grid, after graduating from Superpole 1 in the earlier session. Kallio Racing Team’s Niki Tuuli kept a consistent pace to finish in fourth ahead of Kyle Smith (CIA Landlord Insurance Honda) who secured fifth, despite a light crash at the end of the session at Turn 6.

ESS leader Axel Bassani (San Carlo Team Italia) crashed out of the session with three minutes remaining; he was able to secure P10 on the grid. It was a frustrating result for the young Italian  who will need to work harder from further back on the grid on Sunday, if he intends on winning the ESS Cup. Zulfahmi Khairuddin (Orelac Racing VerdNatura) was the second rider to move through from Tissot-Superpole 1 and will be starting from P11 on the grid in Sunday's race.

Ninth in Superpole 1 was Lorenzo Zanetti who manned Gino Rea’s GRT Racing MV Agusta machine after the Brit was injured at the end of FP2 on Friday. The Italian will replace the Brit at GRT racing and will be starting from P19 on the grid.

WorldSSP will fight it out in the penultimate Round of the FIM Supersport World Championship on Sunday 16th of October at 11:20 local time (GMT+2). 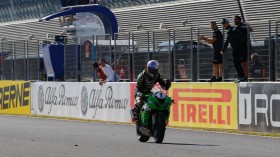 Krummenacher out of contention early on while Bassani takes ESS Cup 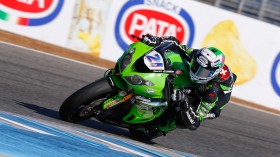 The Swiss rider leads the way to Tissot-Superpole 2 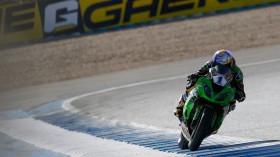 Kawasaki rider focussed on weekend ahead