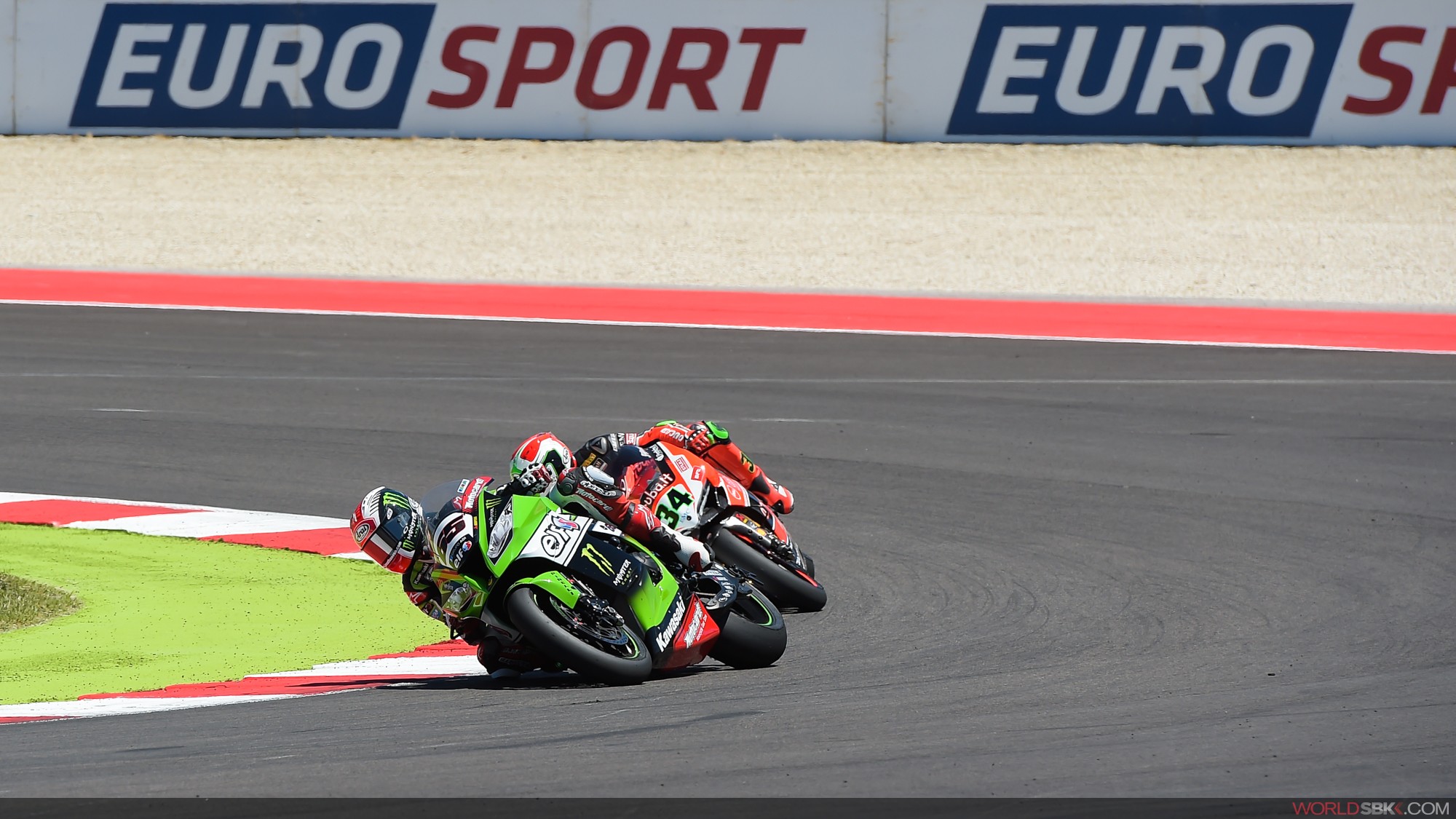 Long-term partnership includes all TV and digital rights across Europe, with exclusivity in the UK

Eurosport and Dorna WSBK Organisation today announce the early extension of their long-term rights agreement for the 2017, 2018 and 2019 seasons. The announcement comes as Eurosport prepares to fuel the passion of motorsports fans throughout the 2016 WorldSBK season, starting February 26.

The renewal will see the MOTUL FIM Superbike World Championship, including its support classes, broadcast live across Europe on Eurosport. With exclusivity continuing in the UK from the current deal, a Eurosport production team will be present at all rounds of the championships to enhance and customise the British coverage with additional features, live rider interviews and real-time reaction.

Eurosport, rebranded in November as the go-to destination for sports fans to “Fuel Your Passion”, is a long-time partner of WorldSBK and the new deal, starting in 2017 will mark the 20th anniversary of the partnership.   This new agreement will see every round of WorldSBK, WorldSSP and STK1000 shown in HD in homes across the continent.

Along with online promotion across Eurosport’s digital platforms, fans will also be able to enjoy the championships on Eurosport Player, the premium all-access pass to the greatest events on the calendar, anytime and on any device, increasing the reach of the WorldSBK paddock to even more fans around the world.

Peter Hutton, Chief Executive Officer, Eurosport, said: “Dorna WorldSBK has been a great partner of Eurosport’s for almost 20 years and we are pleased to continue the relationship until 2019. Eurosport viewers are already excited to seeing how reigning champion Jonathan Rea defends his number 1 plate when the 2016 season lines-up later this month and can they look forward to the story continuing on Eurosport for three more seasons.

“We see excellent ratings and viewing figures for the Championship, especially in the UK where fans enjoy exclusive and bespoke coverage from a dedicated Eurosport production team on the ground, so we are happy to maintain that exclusivity in the new agreement.”

Manel Arroyo, Managing Director of Dorna Sports, TV and Media Area, stated: “We are thrilled to extend our partnership with Eurosport for a further three seasons, allowing WorldSBK to reach as far in Europe as possible with one of the biggest broadcast partners in the continent.

“The renewal and strengthening of this longstanding and esteemed partnership will see WorldSBK gain unparalleled promotion and growth. The scope of Eurosport means that fans of so many different riders will be able to continue to enjoy their WorldSBK heroes broadcast continent-wide, from the British fans of the likes of Rea, Davies and Sykes, to those of Reiterberger in Germany, Torres in Spain, Guintoli in France and extending as far as the many fans of Sofuoglu in Turkey.”

The first round of the 2016 MOTUL FIM Superbike World Championship will be broadcast live from Phillip Island Grand Prix Circuit, Victoria, on the 27th and 28th of February.