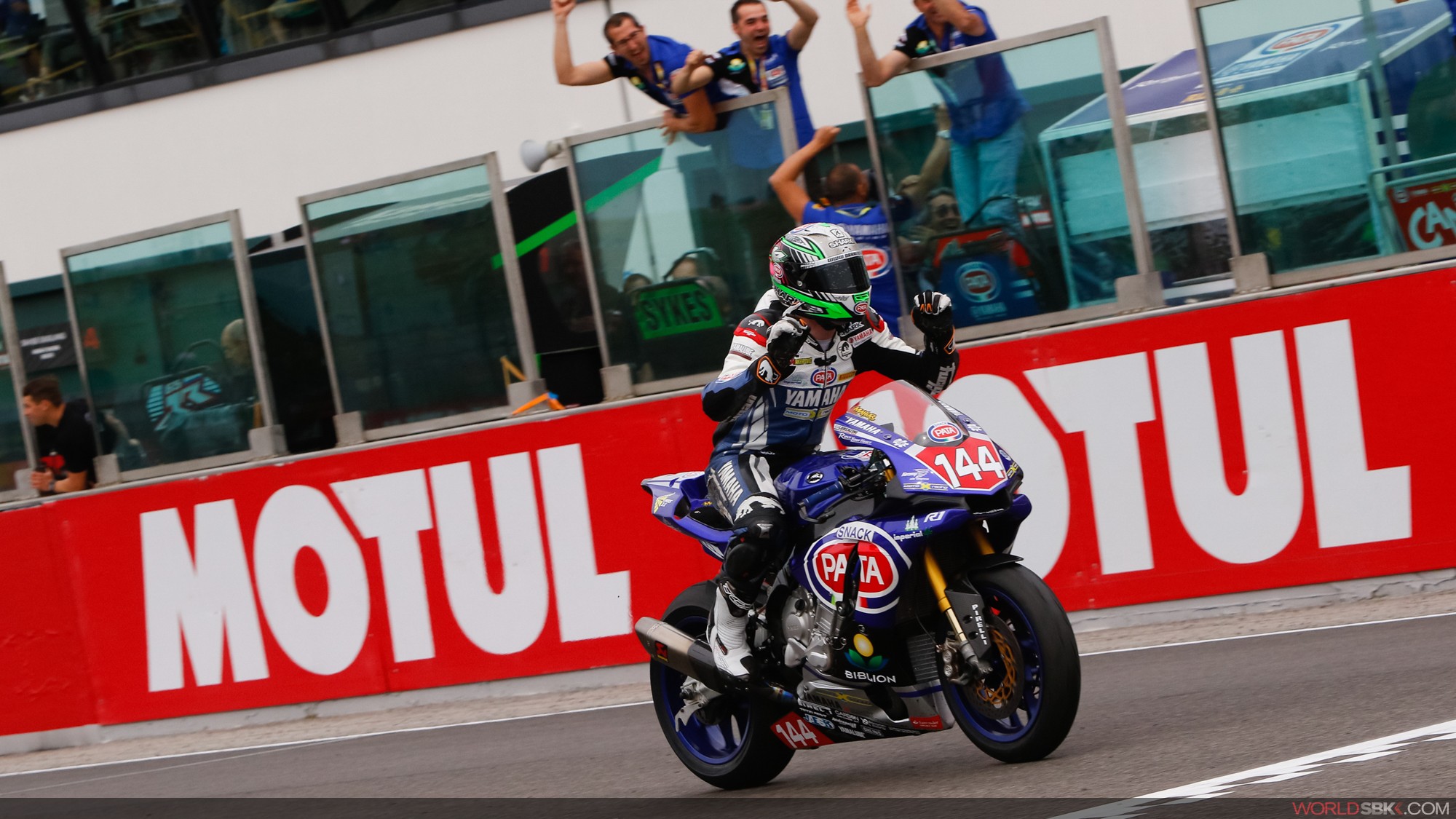 Misano World Circuit Marco Simoncelli staged a STK1000 classic during Round 8 of the 2016 MOTUL FIM Superbike World Championship, with a collision taking out Raffaele de Rosa and Leandro Mercado as the two battled a little too hard on the last lap. Lucas Mahias, after a season of struggles, was the rider placed behind the tussle to claim the deserved reward for an impressive race on an unknown track, with a new team - on an unknown bike.

Mahias has had a difficult start to 2016 that has recently seen a huge reversal of fortunes for the Frenchman. After being drafted in to race for Pedercini in place of injured Sylvain Barrier in WorldSBK, Mahias then suffered a crash at the Autodromo Internazionale Enzo e Dino Ferrari in Imola that saw him sidelined from competition with three cracked vertebrae, also then proving unable to race for Yamaha at Donington Park in STK1000 after being declared unfit. On his return to competition however, the Frenchman took victory in the 12 Hours of Portimão and then followed it up with the victory in STK1000 at Misano.

Strong off the line on the Adriatic, Mahias was immediately in the hunt for the podium as he circulated in fourth. He moved into third place on lap eight, before the incident ahead on track between leaders De Rosa and Mercado promoted Mahias to a spectacular finish in his debut race.

"The first part of the race was good but I couldn't quite stay with the leading two riders,” explained Mahias after the flag. “Towards the end of the Race my pace improved and I was happy to think I was looking at a podium position. When I saw the leaders in the gravel I suddenly thought 'oh my god I am going to win'! I want to thank the Pata Yamaha team and all the guys for working so well. For me this is a great victory for my career in Yamaha especially after our victory together in Portimão last weekend! Thank you to all!"

STK1000 now takes their summer break as the WorldSBK grid head to Laguna Seca for Round 9, before the whole paddock is back on track at the Lausitzring from the 16th-18th September for the Pirelli German Round.