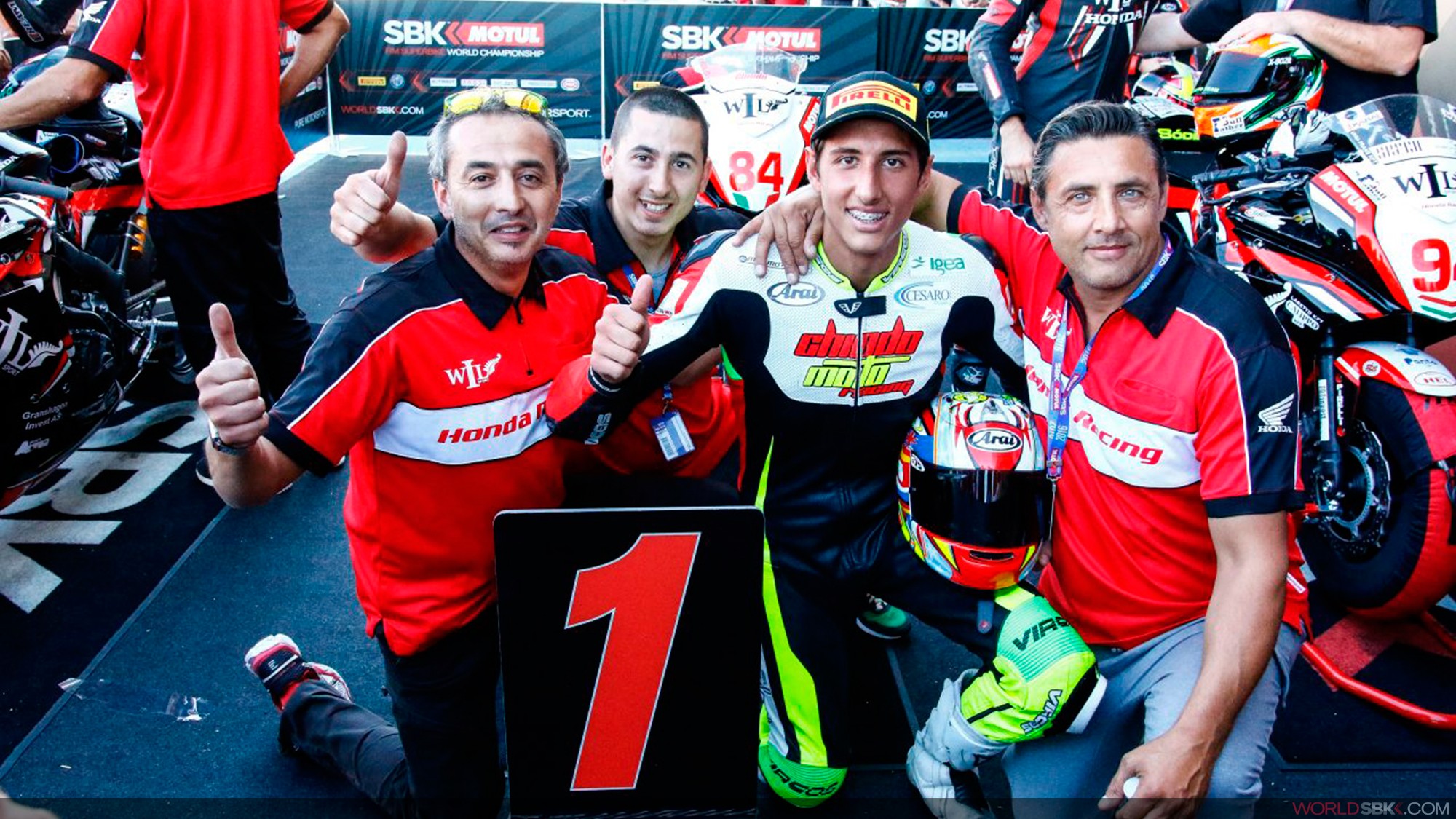 Paolo Grassia (Chiodo Moto Racing) has done it again in what was the penultimate race of the WilSport European Junior Cup, powered by Honda, the young Italian rider claimed his second consecutive win in spectacular fashion by successfully overtaking the Championship leader Mika Perez (Granshagen Racing Team) around the outside on the last corner before the chequered flag.

The spectacular manoeuvre was the icing on the cake of a great recovery put in place by the 16-year-old from Santa Maria Capua Vetere. In only six laps, Grassia was able to bridge the two-second gap that separated him from Perez. Once locked together, the two riders put on a great show and crossed the line only 0.069s of each other.

Hungary’s Richard Bodis (H-Moto Team) completed the podium in third place, ahead of Turkey’s Harun Cabuk (KNN54-TMF) in fourth. The two Italians of the SK-Racing Team Giuseppe De Gruttola and Alfonso Coppola finished in fifth and sixth respectively and after retaining the FIM Europe Women’s Cup title last time out at Magny-Cours, Avalon Biddle headed her female rivals by finishing in 17th position.

"I’m so happy with the win!" exclaimed Grassia. "The start was definitely not the best of my career and that allowed Mika to pull away. Once I moved up to second place I put my head down and did all the best to bridge the gap to the front. There was no way I would have gone down without a fight. I passed him ones but he was able to retake his position. Towards the end my chances were getting slimmer, but then I tried my last move and it went perfectly. I would like to thank my team and everyone who is supporting me. I will try to go for another win tomorrow, although I know the title will be a difficult one to win."

With only one race to go, Perez still holds a 20-point advantage over Grassia, with 25 points still to be awarded to the winner. Race two gets underway on Sunday the 16th of October at Jerez at 15:15 local time (GMT +2). 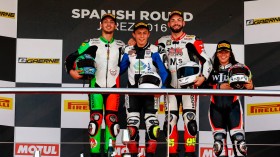