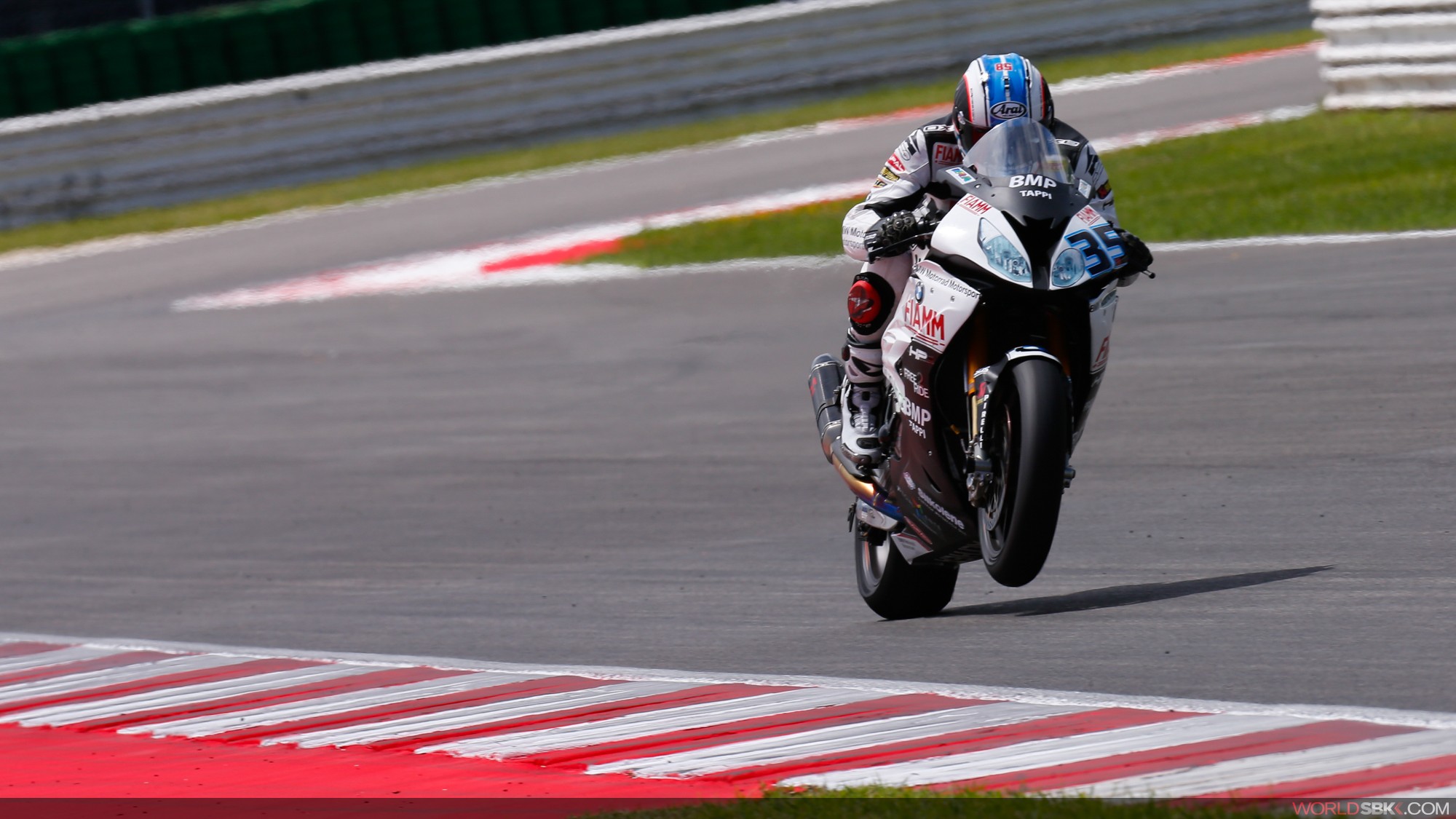 A high profile last lap incident characterised Raffaele de Rosa’s end to the Pirelli Riviera di Rimini Round at Misano World Circuit Simoncelli on Sunday, as the Superstock 1000 rider collided with chief rival Leandro Mercado in the final corners of a spectacular duel. De Rosa, who has been the rider to beat in many races during the first half of the STK1000 Cup, was back on track on Monday for his Althea BMW team, but this time on the WorldSBK bike as the Italian stood in for injured Markus Reiterberger at the one day Official Test on the Riviera di Rimini. The German suffered a spectacular highside crash in Race 2 at Misano and was not able to take part in the test, and will also miss Round 9 of the 2016 MOTUL FIM Superbike World Championship at Mazda Raceway Laguna Seca, with Raffaele De Rosa announced as riding in his place.

Round 9 sees WorldSBK joined by MotoAmerica, as the WorldSSP and STK1000 grids head into their summer break, next to return to the track at Lausitzring in Germany in September. The test gave De Rosa a good opportunity to test the WorldSBK BMW ahead of the GEICO Motorcycle US Round at Laguna, with the earlier summer break for STK1000 a further advantage for the Italian as he prepares for his stand-in stint.

“I’m pleased with how we’ve worked today,” said De Rosa of his day on track. “I’ve got over what happened yesterday and think we worked effectively here. I rode the Superbike in order to gain confidence and be better prepared for Laguna. I’m glad to have the opportunity to race in America, but I’m really sorry for Markus and hope he’s back very soon. I’ve never been to Laguna but know it’s a spectacular track, the experience can only do me good.”

The GEICO Motorcycle US Round begins on the 8th July at Mazda Raceway Laguna Seca, as California calls for the WorldSBK paddock.