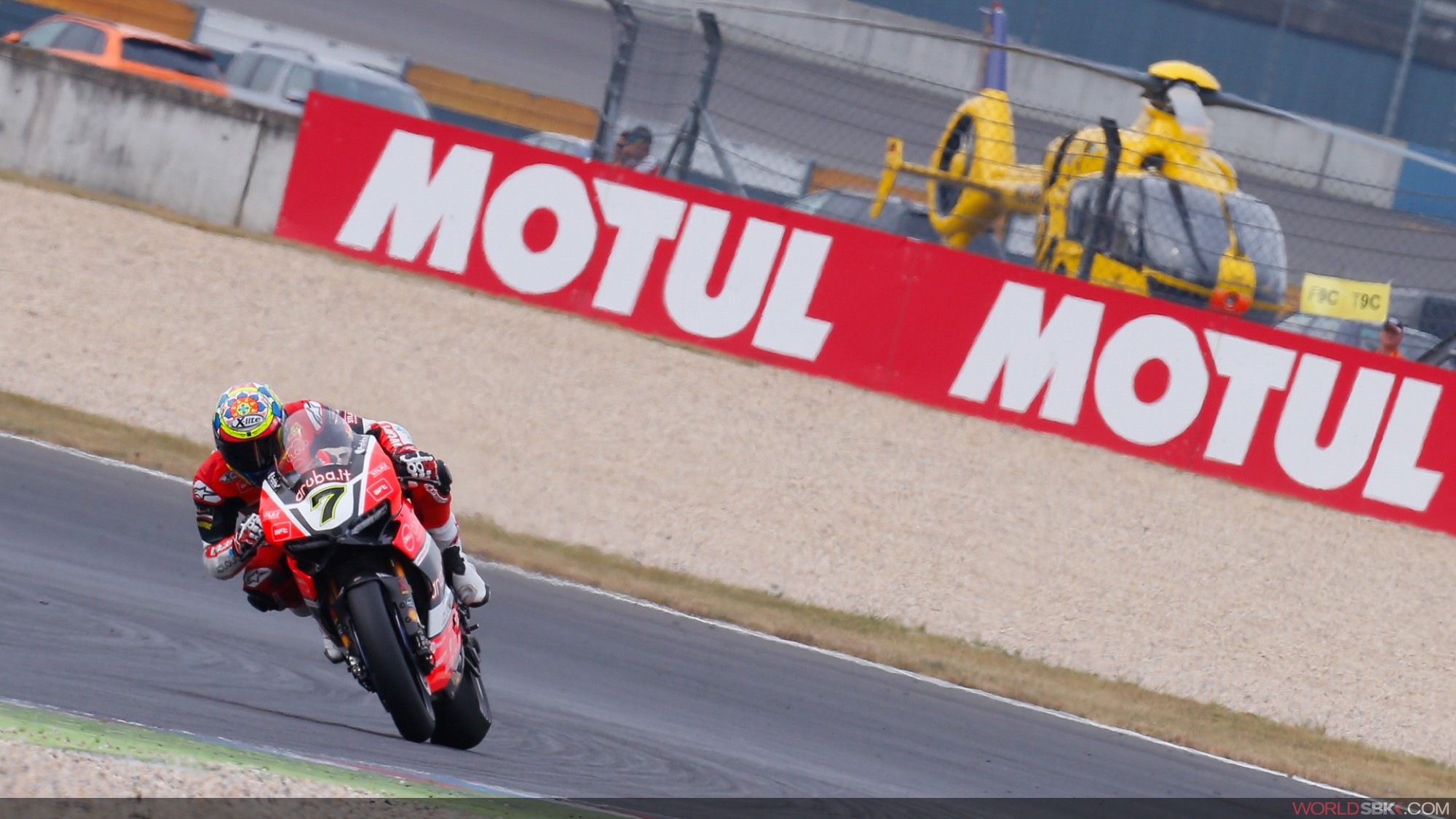 Davies led from pole into the first corner, before charging ahead to create a gap to his nearest rival Sykes. By lap five, Davies was 3 seconds ahead with Sykes, teammate Jonathan Rea and Lorenzo Savadori (IodaRacing Team) fighting for second position.

Drama struck early when reigning Champion Jonathan Rea crashed out on lap 8. The Northern Irishman walked away uninjured, but furious after a tough weekend so far. Rea’s retirement means the gap in the overall standings stands with only 26 points separating him from Championship rival and teammate Tom Sykes. Friday’s fastest Lorenzo Savadori crashed out of podium contention just after Rea, and local hero Althea BMW’s Markus Reiterberger was forced to retire early on lap 9 due to technical problems. With Rea and Savadori out, Hayden was able to focus on chasing down Sykes but couldn’t match his pace, so had to settle for third.

Davies crossed the finish line 10.5 seconds ahead of Sykes. The dominant win making him the third rider in WorldSBK history to win with three different manufacturers in the same country; Davies won in Nurburgring with BMW and Aprilia and can finally cross the Lausitzring off the list on a Ducati.

The WorldSBK field will hit the track again on Sunday 18th of September at 13:00 local time (GMT+2). Will we see Davies win again or will Rea find redemption? Be sure to watch live on WorldSBK.com. 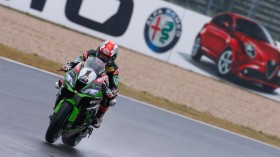 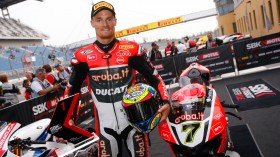 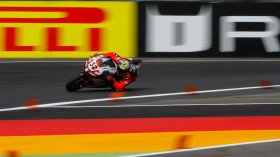